“Samurai Warriors: Chronicles 3 continues the core elements that make nearly every Warriors game, well, a Warriors game. That is great looking characters, thousands of enemies coming at you, and getting to know a bit about Japanese history.”

When you start the game up, you get to create your very own character with quite a hefty amount of options to fiddle with. Detailed customization is a given within the Samurai Warriors games, and doesn’t falter on the 3DS. Your character’s face, body, and voice are all editable to quite an extent to make your character unique.

After creating your character, you’re then placed amidst a battle or war that’s based on an actual event long ago with some more twists and even drama. You’ll encounter famous officers during the particular time period, battle, or war like Oda Nobunaga and other well-known historical Japanese figures. Along the way, you’ll get to know about the various characters, battles, and significant events, allowing you to learn about history without falling asleep. While the game gives you the option to progress through a linear story sequence, “What if?” story sequences are occasionally unlocked to experience other ways the story would be able to unfold.

As you progress through the story, you’ll encounter battles you can fight through or events where you don’t fight, but merely talk to characters to gain their “Favor”. Having high Favor with particular characters will increase your bond with them, and will unlock things like side missions or items. Within these events, you’ll make choices that will either gain Favor with the particular character you’re speaking to, or not. So it’s really just choosing the right thing to say at the given time. Furthermore, some choices will affect the outcome of the game.

Later in the game you’ll be able to access the Castle Town which acts as a hub to access various shops and facilities. You’ll be able to buy equipment, fortify weapons, and even have tea parties to gain more Favor with particular characters.

Aside from the story, the other main mode the game offers is “Challenge Mode” where you race against the clock to complete objectives, defeat enemies, and earn points. You start off with 5 minutes and time gets added with each objective and enemy defeated. It’s sort of like a Survival or Time Attack mode that tests your speed and efficiency. You can redeem your earned points to obtain various items to be equipped or used. When you just want to layback and learn more or reflect on the world of Samurai Warriors: Chronicles 3, you can access its “Encyclopaedia” or “Vault” modes where you can read biographies of officers, descriptions of battlefields, listen to unlocked music, or view cutscenes from the story.

Samurai Warriors: Chronicles 3 utilizes the Samurai Warriors 4 battle system, and works quite well on the 3DS. Perform various combinations and also activate War Arts to gain boosts for your characters to succeed in battles. You can switch between three other characters during battles by just tapping the specific character’s portrait on the lower screen. In addition, you can also command other characters to go to specific locations or fight specific enemies by tapping the location on the map also located on the lower screen. The battle system is largely unchanged from Samurai Warriors 4, but has been moulded to fit and accommodate a handheld environment with an effective layout. Overall, I was impressed with how easy I was able to get accustomed to it.

Since this is on the 3DS, the game’s visuals aren’t the main aspect to boast about. However, it does fairly well whether it’s during a conversation with a character or partaking in a wide scale battle, the visuals are on par with what the 3DS is capable of. It’s just that the Samurai Warriors games are known for its detailed designs on characters and visually appealing effects that the 3DS isn’t fully capable of presenting.

In terms of sound, voice acting is only in Japanese, so reading through the subtitles and dialogue is a must if you want to understand what’s going on. You still get the enjoyable music and voice acting, finished off with the over-the-top and occasionally repetitive sound effects. Nonetheless, there can only be so many sounds a person and a sword can make when trying to wipe out thousands of enemies. 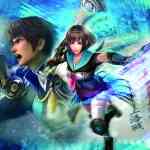