Another year and another explosive WWE title is on the horizon. Lace up your boots, and get ready for the grandest stage of them all as WWE 2K18 is right around the corner. As always, the latest in a very long line of professional wrestling video games is bringing you an incredibly large roster and some excellent new features in an attempt to one-up their own product. With so much to talk about in WWE 2K18, COGconnected’s Jason Fanelli got to go behind the scenes at the WWE Archives in Connecticut and speak not only with Lynell Jinks and Ramelle Ballesca of 2K Sports to learn more about the finer details we can expect in the game, but he also interviewed Tyler Breeze and Fandango about their thoughts on the game and whats to come in their WWE careers. Let’s jump in with some technical details and see what Lynell and Ramelle are ready to tell us about WWE 2K18.

With rebuilt graphics, a ton of new announcer dialogue, all new My Career options, and the new and improved Carry system, WWE 2K18 is looking to set the benchmark for professional wrestling video games. With all that and so much more, you can check out the official website for more details.

With the technical content out of the way, why not check out Jason’s interview with Fandango as he easily falls into the role of being a WWE Interviewer and gets to know the Fashion Police just a little better.

WWE 2K18 is set for release October 17 on PlayStation 4, Xbox One, and PC, with the game expected to launch on the Nintendo Switch sometime later this year. 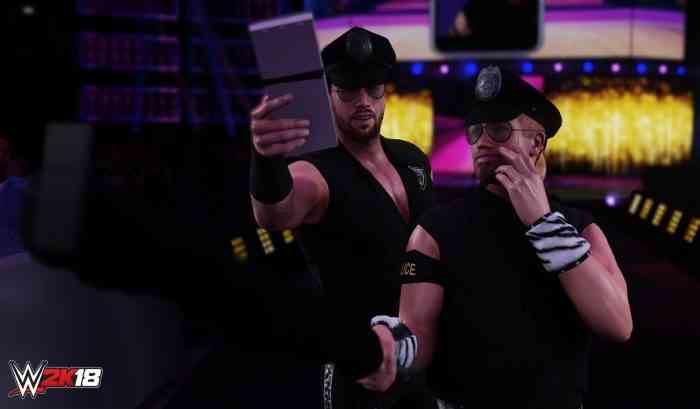 So there you have it WWE (and Breezango) Fans! Are you looking forward to laying the Smackdown? Do you think WWE 2K18 will be the crowning title of the WWE franchise? Let us know what you think on Facebook, Twitter, or the Comments section below.