The Walking Dead is practically a mainstay in geekdom at this point. A massively successful comic, a long-running live-action adaptation, and a number of video game titles ranging from great to not so good. The latest iteration takes us on a brutal VR romp in The Walking Dead: Saints and Sinners. The title sets you in the boots of an unnamed survivor in New Orleans trying to make it through each day. You’ll soon learn of the other factions involved, and set across a fifteen or so hour adventure that promises multiple endings and a pretty promising degree of replay value, all things considered.

In this gameplay, you’ll see a survivor take on a number of walkers, both individually and in a tense, large-scale confrontation that has them literally scrambling to survive, but you’ll also get to peep some interaction with members of the ominous group known as The Tower, and it seems to capture what The Walking Dead was really all about. The dangers weren’t with the undead, they were with the people, and you’ll just need to see how interactions play out with them, as it can more than one way, according to the development team. The Walking Dead: Saints and Sinners features a ton of survival elements that players are sure to love, but most importantly, it features tons and tons of walkers to put the screws to, if you’re up to the challenge. 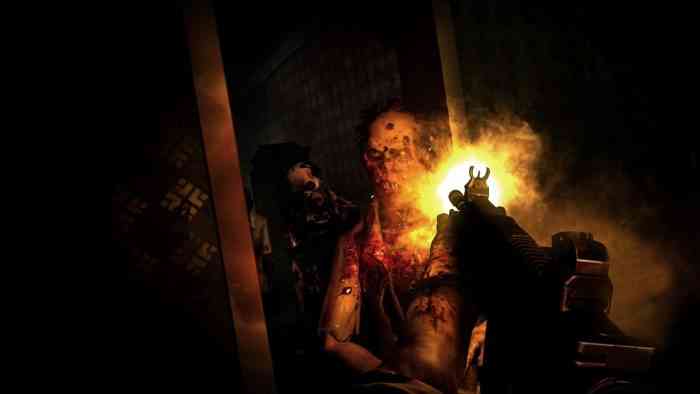 The Walking Dead: Saints and Sinners hits VR Platforms on January 23rd, 2020. Be sure to check in on the game’s official site for more info, but you can also keep it locked on COGConnected for all the latest details on this title.

**Editor’s note: this article has been updated. The original made it sound like this gameplay was captured by us, which it wasn’t (it’s from the game’s PR team). COG apologizes for any confusion this may have caused. Thanks to the parties who pointed out the error.**

Blizzard Has yet to Apologize to Blitzchung for the Ban
Next Razer Seiren Emote Mic is a Must-Have For Aspiring Streamers and YouTubers
Previous It’s Chaos in Our Plants vs. Zombies: Battle for Neighborville Gameplay Video