COGconnected’s Best of 2016 Awards keeps ticking along and we’re already at episode three! The usual suspects are back as we break down three more awards. If you’re just joining us now be sure to head on over to our first episode where we handed out awards for the most visually stunning game of the year, we announced our winner of “The Feels” award and we shared with you our popular C’mon mannnnn award. In episode 2 we voted on the best soundtrack, best story, best voice work performance and the biggest surprise of 2016. Today, in episode three, we cover the following categories: 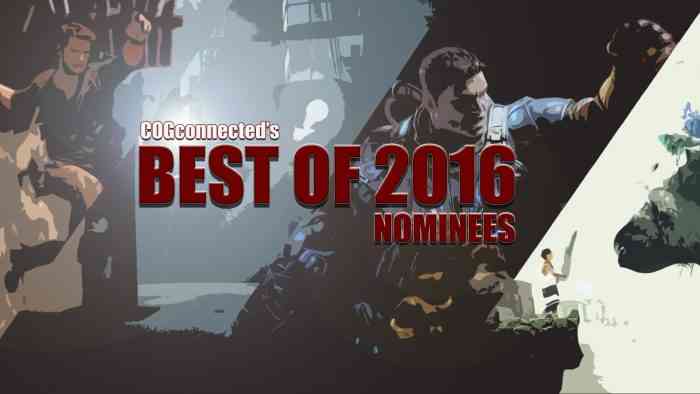 If you’ve kept up at all you’ll know we’ve had a ton of fun discussing our awards so far. So sit back and enjoy the banter as episode 3 is live where we continue our Best of the Year videocast series:

As well, if you haven’t figured out the theme by now, we’ll be back tomorrow with episode four of the series where we look at three more awards that you won’t want to miss out on; Best Action/Adventure Game, Best First-Person Shooter and WTF: The Weirdest Concept.

We hope you enjoy the show and feel free to leave us a comment here or over on YouTube to let us know what you think!