The DIRT franchise has been one of the staple racing games that challenged itself the most with off-roading mechanics, a challenge that has paid off with each iteration in the series. As the name implies, DIRT is all about driving through the mud and kicking up dust clouds, so cars need to realistically move through these obstacles we would otherwise avoid in real life. The precision detail not only in how the vehicle handles but the visual cues of mud and dirt flying through the air is just so cool to see. I would definitely recommend checking it out for yourself in our Xbox Series X gameplay footage below and let us know what you think!

DIRT 5 is the eighth game in the Colin McRae Rally series and as in previous entries is all about off-roading through the dirt and mud. The game will feature a dynamic weather system which will affect the tracks in play as well as a wide array of real world locations including Brazil, China, Italy, and New York to name a few. DIRT 5 also features a narrative-driven campaign mode where you go head to head with a rival driver under the tutelage of an experienced mentor. Both roles will be played by iconic voice actors Nolan North and Troy Baker respectively. 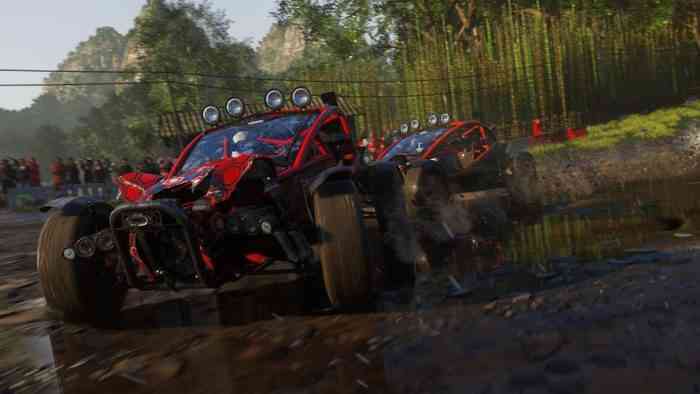 DIRT 5 is set for release on November 6 for PC, PlayStation 4, and Xbox One, on November 10 for Xbox Series X, and on November 12 for PlayStation 5, with a Stadia launch planned some time in 2021. For more information check out the game’s official website.

Racing Game Trackmania Will Launch On Multiple Platforms In 2023
Next Is Gestalt: Steam and Cinder The Next Must Play Metroidvania?
Previous Dominating in Domination – Call of Duty Black Ops: Cold War Multiplayer Beta Gameplay