Some of the most important titles to be developed in the history of gaming happen to be the fast-paced, ultra-violent shooters which have grown to be global phenomena. Many an avid gamer can regale you of the first time they booted up DOOM, Unreal Tournament, or any other number of genre-defining shooters full of bloodshed and carnage, so it’s no surprise that two lone developers who met while working at Raven Software decided it was time to pay homage to these great experiences and craft something truly unique. Prodeus combines the classic aesthetic of the original PC FPS titles with an impressive system to give us the modern amenities we have become so accustomed to. The game is unlike anything we have seen before, and while the game is still in Early Access, it definitely has us excited to see the final product. Want to hear more about this hellish homage to DOOM, and so many other classics? Check out our full video preview below.

Prodeus is an upcoming first person shooter developed by Mike Voeller and Jason Mojica, who previously met while working at Raven Software. They soon recruited Andrew Hulshult who has worked on various soundtracks for the Quake and DOOM franchise to do the soundtrack here, as well as Josh O’Sullivan from the DOOM modding community to help with level design. While the plot is simple, the carnage definitely is not. Players will find all the modern amenities they are accustomed to in recent FPS titles along with incredibly quick traversal around the stage, but levels and enemies all have textures reminiscent of the original games that set the genre in motion. Prodeus is still only in Early Access but reception has been overwhelmingly positive for this stylish and killer blend of aesthetic and function. 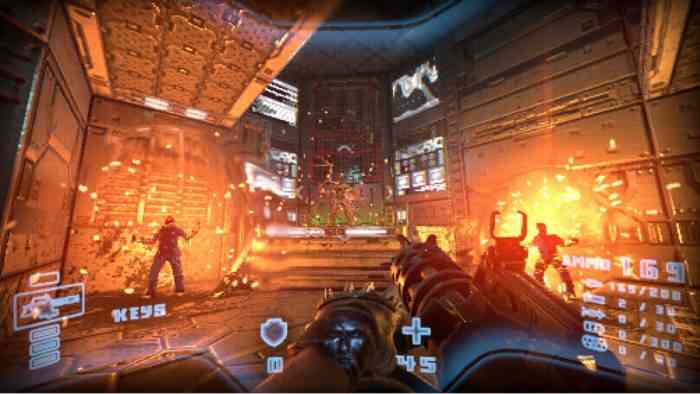 Prodeus is currently in Early Access with the game planned to release in its completion in 8-12 months. It will be available on PC, Mac, Linux, PlayStation 4, Xbox One, and Nintendo Switch. For more information, check out the game’s official website.