Persona 5 originally launched in 2016 on the Playstation 3, and while it was a gorgeous game back in its day, the developers wanted to tune-up a few things and release it on today’s console. So now, thanks to Atlus, we have Persona 5: Royal; an updated experience with better graphics, new content, new characters, and any DLC you may have missed. It’s a fabulous version of a fantastic game, and we’ve played for many hours with many more to go before we can fully touch on all of the new content. That being said, we’ve released a video of our review in progress for you to feast on before we can divulge all the details that Persona 5: Royal has to offer. Hit play on the video below to see what we’ve discovered so far!

In Persona 5, you play as a troubled high-school student who is falsely accused of assault and on probation at a new school. He meets a new rag-tag group of friends, and together they form the Phantom Thieves. The Phantom Thieves are able to access a world called the “Metaverse” through an app on the protagonist’s phone, and there they fight dark forces in “Palaces,” or places where people’s corrupt and distorted thoughts are manifested in dungeons. To echo our original review of Persona 5, this game presents a particularly grown-up story that includes physical and sexual abuse, government corruption, and other surprisingly weighty topics. If you missed it on the first go-around, there is no better way to jump in now than with Persona 5: Royal. 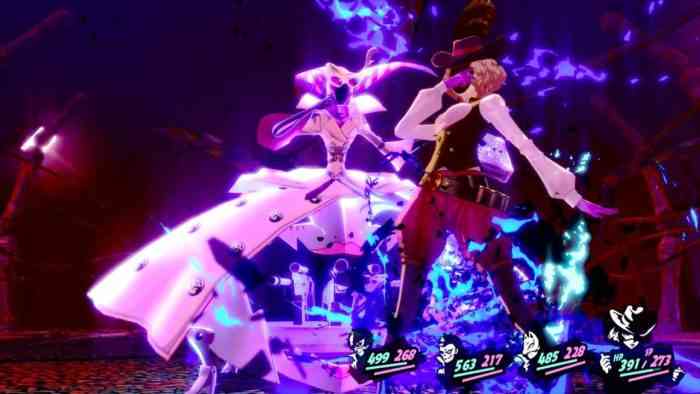 We’ve put in about 27 hours of gameplay so far, and have seen small quality of life improvements such as the notifications built into the fast travel menu. We still have a ton of hours ahead before we really get to dive into the new content, but so far we have nothing but positive impressions and appreciation for the game. Stay tuned to see our full review of Persona 5: Royal, and in the meantime, we hope you enjoy the current video of our progress.