After being officially announced only 2 short months ago, Paper Mario: The Origami King is now out and available for all to enjoy. This latest title marks the 6th installment in the popular Super Mario franchise that began two full decades ago on the N64! The previous title, Paper Mario: Color Splash, dropped before the release of the Switch making this the first Paper Mario game to appear on the new Nintendo console. 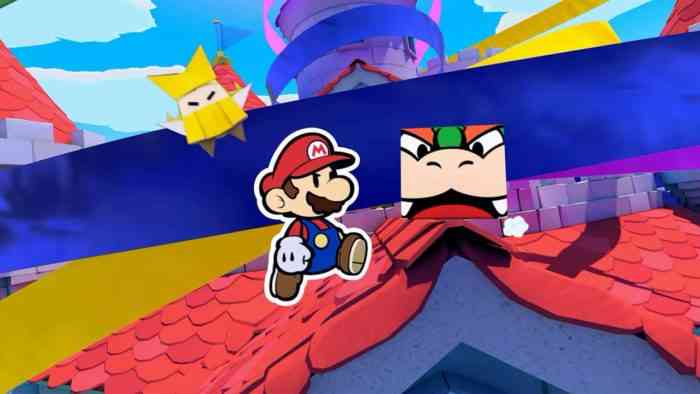 Paper Mario: The Origami King looks to make a splash amongst both the gamers who fell in love with the first title 20 years ago, and for those who may be entirely new to the franchise. So did Intelligent Systems and Nintendo manage to meet fans expectations with this new paper-crafted adventure or does this latest iteration deserve to be left on the shelf? Find out for yourself with our video review below.

Now if Paper Mario is an all new concept to you it’s a paper-crafted action-adventure RPG where the Mushroom Kingdom has been taken over by the Origami King and his evil army of Folded Soldiers. Playing as Mario, and joined by the likes of Olivia and Luigi, you must try to take Princess Peach’s castle, and the Mushroom Kingdom back. Here’s a brief snippet from the game’s official website, “Using the unique properties of paper, help Mario unfold new paths, explore vast environments, unlock the secret of an ancient ruin, brave the raging rapids, step out on stage, visit a string of islands, appear on a quiz show, and even participate in a mid-air battle!”

Paper Mario: The Origami King was released on July 17th and is available exclusively on the Nintendo Switch. Have you gotten your hands on this crazy new Super Mario adventure yet? What do you think about the game? Let us know in the comments below or on Facebook or Twitter.