PlayStation 4’s NieR: Automata from Platinum Games (Bayonetta, Vanquish, Transformers: Devastation) got an action-packed demo and in a nutshell it’s pretty fricking awesome. If you can’t access the demo for whatever reason and still want to experience it, you’re in luck! We’ve embedded the entire demo unedited below for you to check out.

The combat is fast and fluid allowing for some spectacular action when you’re dodging, firing canons and swinging heavy melee combos all at once. I love the genre mash-up; with 3D sword play, top down twin-stick action and side scrolling sections that feel like a modern Strider all blended together seamlessy. The smaller enemies you face in the demo are a little uninspired design wise, the world and textures themselves a bit bland and the English voice work is a little rough. But the pure joy combat brought me heightened by the epic score kept me entertained enough to play the demo 4 times as of this writing. Soooo yeah, I like what the demo is teasing and you should definitely go play it for yourself. 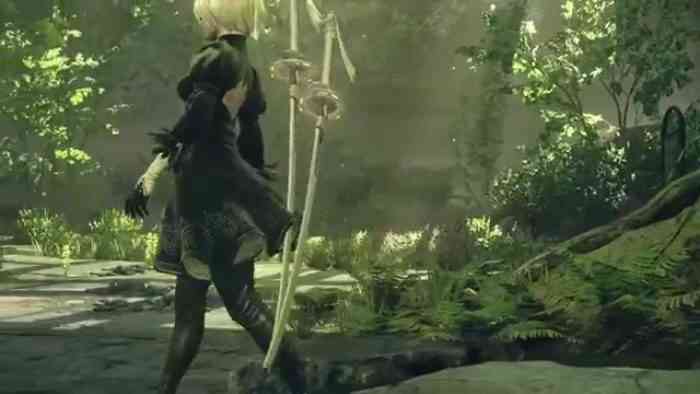 Platinum Games recently hosted a live stream which showed off that NieR: Automata will feature open world aspects with exploration and quests as well as some RPG elements like leveling up characters and gear but those mechanics are mostly left out of the PSN demo in favor of highlighting the slick combat mechanics.

NieR: Automata releases for PlayStation 4 and Windows PC on March 7, 2017.

Babylon’s Fall Collaboration in the Works
Next Troll and I Will Make You Quickly Forget About the Last Guardian in New Story Trailer
Previous The Walking Dead: The Telltale Series – A New Frontier: Ep. 1 & 2 Video Review – Still Superb