The NBA Live series has been on a steady incline of progress in quality and gameplay over the years, with the latest entry being a natural and accessible experience for the franchise. Adding a number of new features – with “The One” being the biggest selling point this year – NBA Live 19 is looking to set itself apart from the usual experience of sports games by taking a more relaxed approach in terms of fluid gameplay and intuitive controls over a more rigid and mechanic-heavy outing. While some fans of the series might see this as a step in the wrong direction, newcomers to the series should easily be able to jump in for a casual game of hoops. Curious what else NBA Live 19 has to offer this year? Check out our video review below.

NBA Live 19 is the latest entry in the NBA Live franchise from EA Sports, featuring an overhaul on gameplay with the Icon Progression system to upgrade your player and teach them new skills, playing matches in The Streets with special rules, and of course “The One” campaign mode to see you take a custom character from the street to the big time. NBA Live 19 also features customizable courts, female create-a-characters, custom built squads, and a whole host of new features and improvements including real player motion graphics for a fluid and realistic experience, as well as interacting with the bench, the crowd, and the environment even after the whistle blows. It’s a great step in the right direction for the NBA Live franchise and sets a new bar going forward. 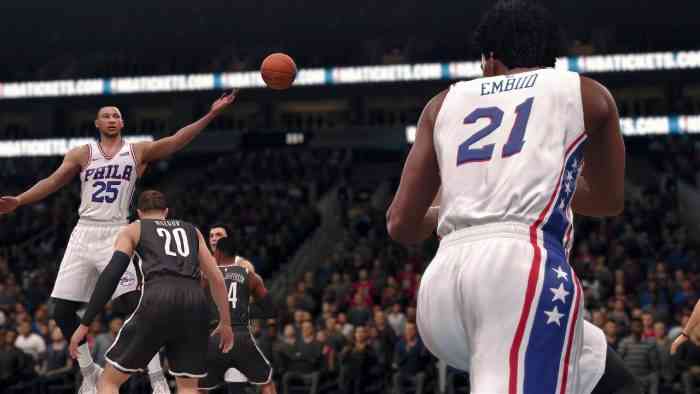 Have you already dived into all of the new features the game has to offer? Let us know on Facebook, Twitter, or the Comments section below. NBA Live 19 is available now on PlayStation 4 and Xbox One. For more information, check out the game’s official website.