Horror movies and games are a guilty pleasure to many, and the new online, team-based action game called Last Year: The Nightmare offers fans of the horror genre a fun and ridiculous way to engage in scary, multiplayer goodness. Created by brand new Canadian studio Elastic Games and released earlier this month, we found that it was an absolute blast to play. Interested in seeing this pure teen horror movie awesomeness in action? Check out our video review below for a closer look.

The game is set on Halloween night of 1996, and you play as a group of teenagers who wake up to find themselves in an alternate reality mirroring their hometown and high school. You are being hunted by supernatural enemies and must fight together to survive. The game is played entirely online, with six players entering each match: five of whom team up as the teens, and one who serves as the predator. Each of the five teenagers can choose between four distinct classes, including Assault, Medic, Scout and Technician, and all have their own entertaining benefits. The predator can also take three different forms, each with its own weapon and combat style. 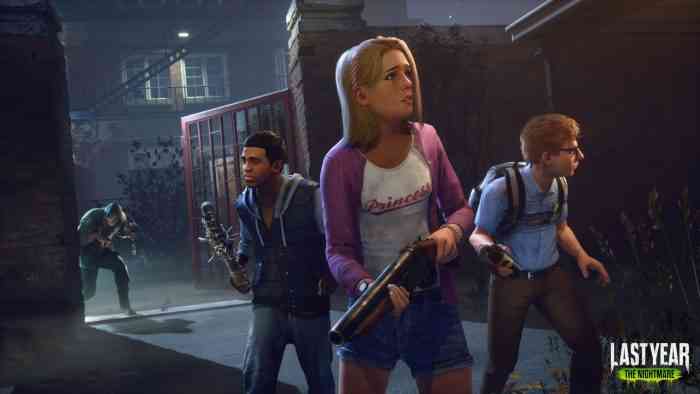 Teamwork is absolutely paramount, but unfortunately, when playing against experienced players who communicate well, the predator almost never has a chance to overcome such a strong force. Still, the games are dynamic and exciting, and it’s still a blast to play as the predator. So far, there are only three maps available, and each match is set in a different area of the high school. The design looks and feels fantastic, though they quickly become familiar. In general, the whole game becomes familiar pretty quickly, thus exhausting the new ways in which the players can experience the game. Last Year: The Nightmare is extremely fun and brings all of the best elements of classic teen horror movies together, and it also executes excellent multiplayer mechanics. In its current state, it is an excellent base game with tons of potential for expansion, and we genuinely look forward for what the future has in store for this title.

Amnesia: The Bunker Set to Terrify in May
Next Press X To Podcast Presents COGconnected’s GOTY 2018 Deliberations
Previous Ranking the Most Graphically Beautiful Games of 2018