The Gears of War series is one of Microsoft’s most iconic outings on the Xbox family of consoles. Re-envisioning cover-based mechanics and tactical shooters, Gears gave us a blockbuster and intense experience every step of the way as we followed Marcus Fenix and Kait Diaz through their unbelievable journey. When Gears Tactics was announced, the gaming community was… more than a little divisive. While the formula of a tactics game works within the scope of the Gears universe, could it really be worthwhile? Check out our video preview to see what we think of Gears Tactics as it gets closer to launch.

Gears Tactics takes the iconic Gears of War franchise and places it into a new genre that fits like a glove. Giving it an isometric view and letting players freely move around the battlefield, offering multiple action points per turn, opens up the once restricting genre to more easily blend the varied approach the Gears franchise has always taken. Want to sprint to that crate for cover for a better advantage? go for it. Releasing the restriction on movement and letting characters have multiple actions is not only freeing but allows for significantly more complex tactics befitting the iconic franchise. 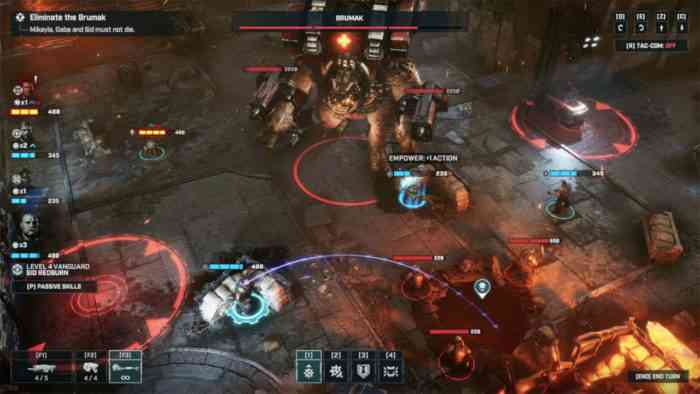 Gears Tactics is set for release on April 28 and will be available on PC and Xbox Game Pass for PC. What do you think of this unique take on the franchise? Will you be picking it up? Let us know on Facebook, Twitter, or the Comments section below, and for more information check out the game’s official website.