Video Preview: Chivalry 2 is The Rising King of Medieval Warfare

Whether you played the original Chivalry: Medieval Warfare back in 2012 or you just love medieval games, it’s time to get excited about the sequel. That’s right, Chivalry 2 is set to drop later this year as an Epic Games Store exclusive. So how exactly does it play? We got our hands on the game and have a few thoughts about it. You can check out our video preview below.

Now if you haven’t heard too much about the game, it comes as the sequel to Chivalry: Medieval Warfare, which was a huge PC hit for Torn Banner Studios 8 years ago. It’s a multiplayer first person slasher that takes its inspiration from the biggest and baddest fight scenes in medieval history. Here’s what the official website has to say about it, “Players are thrust into the action of every iconic moment of the era – from the thunder of cavalry charges, to storms of flaming arrows, sprawling castle sieges and more…Are ye a heroic warrior, or a blood-soaked murderer? Keep fighting and gurgling out battle cries even when wounded, bleeding out and missing limbs.”

As a sequel players can expect some big changes. The developers have revamped their combat system, and increased the player count by double, meaning that these battles will have up to 64 players. And what’s even more is that you can kick enemy butt from the back of a horse this time around! 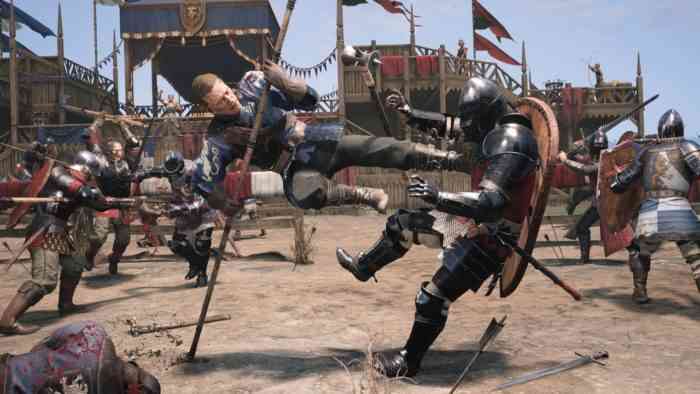 The Closed Alpha for Chivalry 2 will feature a series of testing rounds in Spring 2020, starting in March. For all of the details about the game, don’t hesitate to check out the official page here. Have you played the game yet? If so, what do you think about it? Let us know in the comments below or on Facebook, Twitter, and Instagram.

Sniper Ghost Warrior Contracts 2 Review – Literal No Brainer
Next Ori and the Will of the Wisps Is A Powerful and Emotional Journey
Previous Maneater Video Preview: A Gory Shark RPG Worth Sinking Your Teeth Into