Come One, Come All

Ys Origin is an action role-playing game geared towards not only fans of the Ys series, but to newcomers of the franchise as well. Even if you’ve never played any of the Ys games before, thanks to Origin’s fantastic world, this is still a great place to start your journey. Not only is the gameplay and storytelling excellent, but the experience was smooth and terrifically gratifying. This is easily one of the top ARPGs I’ve played for quite a while.

As a prequel, Ys Origin takes place 700 years before the first game and begins with a sudden invasion of demons in the kingdom. In a losing battle, the people sought shelter in Solomon Shrine, a holy temple that was later risen to the skies by Goddesses Reah and Feena to keep everyone safe. The demons then created a tower to continue their attacks – this was the Darm Tower, which is where the entirety of Ys Origin takes place. One night, Reah and Feena mysteriously leave and disappear into this tower, and it is up to a group of knights and sorcerers to find out why and bring them safely home.

Instead of playing as Adol Christin, in Ys Origin, we first get to choose to play as one of two characters – apprentice knight Yunica Tovah, who specializes in close-range combat, or sorcerer Hugo Fact who utilizes magic for long-range attacks. A third playable character is available after the completion of the game (whose identity will be concealed for the purpose of this review), and the combination of the three characters’ perspectives provides a nice, well-rounded story to the origins of Ys. Since each individual also comes with their own background and set of powers, the replay value of this dungeon crawler is exceptional if you are curious to learn more about the story and the characters involved.

The story pacing and background soundtrack in Ys Origins is excellent and sets the mood for a tremendous dungeon-crawling experience. Everyone’s personality is simple, and you won’t find much in the way of in-depth character development. If you’re into a plot being drawn out for a more extended gaming experience, the storytelling may not be your cup of tea. The plot of Ys Origin is pretty straightforward, and events rarely happen too quickly or too slowly. It all progresses at a comfortable pace and doesn’t require the player to do anything out of the ordinary to accomplish a task, making it easy to play. 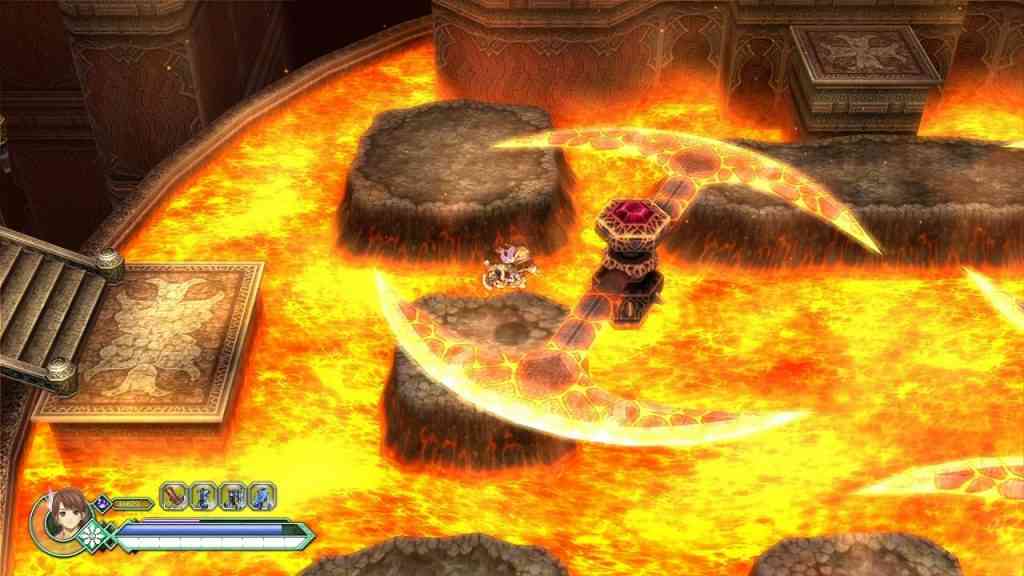 Regarding the gameplay, the fast-paced action in Ys Origin is satisfying and smooth, with responsive controls and environments that don’t require a noticeable loading time. The character movements are also fluid. Energy bolts cast out instantaneously and rapid melee attacks make me wonder how buff Yunica’s arm is. With the ability to dash and double jump, later on, these actions combined with blasting and slicing enemies mid-air, make the hack-and-slashing incredibly gratifying. Minus the rare odd angles that deceive the eye due to the 2.5D environment, defeating enemies can be a breeze if you grind and level up accordingly.

The higher difficulty levels require more grinding, which can feel tedious and repetitive since you cannot unlock a new location until you’ve defeated the boss in its respective chambers. To gain as much experience as possible, you will likely have to take advantage of the game by fighting enemies, leaving the room so they can respawn, and then defeating them again. Though the dungeon isn’t that large, so it can feel like an endless battle with the same demons. Boss fights are also challenging, and the difficulty level is drastically different from the hordes of demons presented before it. Even entering a new part of the tower can prove to be challenging and requires more button smashing than I would have preferred, with some enemies taking much more effort and time to defeat. Not the worst thing, but it never hurts to overprepare.

Despite the repetitive nature of an RPG, the variety of enemies and environments introduced in Ys Origin keep it interesting. A new array of hazards are always introduced with each section of the tower that you uncover. And you will repeatedly have to find a way to avoid or neutralize these threats. From rotating spikes to hot lava, these dangerous obstacles challenge your reflexes, timing, and your capability to use your protagonist’s strengths to your advantage. There are also various items and accessories that you can acquire throughout the game that can help you get past particular walls and even reveal hidden passages and bridges. 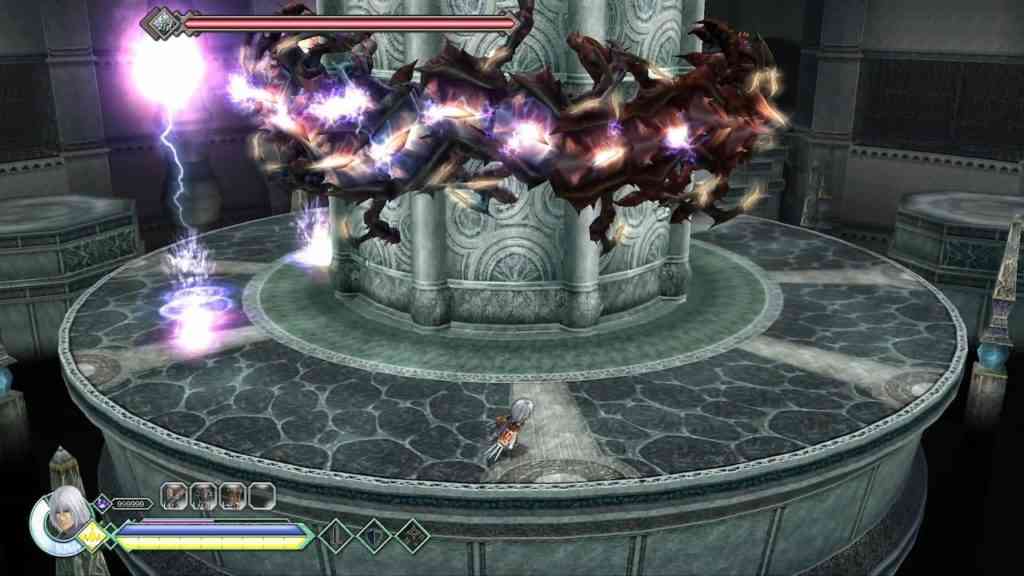 The game menu that displays your inventory, however, is not the easiest to navigate. It can be tricky to know if you’ve equipped the right accessory because although some are on the same page as your weapons and armor, not all of them can be found there. For instance, you have an extremely helpful crystal that allows you to travel back to a save point at any time, but on that same page is a necklace that will enable you to breathe underwater. The necklace is also useful, but it would be unequipped if you decide to travel back to a save point. Meaning you will likely forget you ever “unequipped” your necklace and then proceed to drown when you’re underwater for too long.

Being an ARPG on the shorter side, the different perspectives in Ys Origin offer excellent replayability and gives players a pleasant, rounded experience without bogging them down with too many details. Even though the repetitive grinding can be a mind-numbing task to gain experience points, at least the controls are fluid, making this an easy game to enjoy. As the prequel to an already successful franchise, Ys Origin is a highly recommended addition to the series that gamers new and old to the story should not ignore. 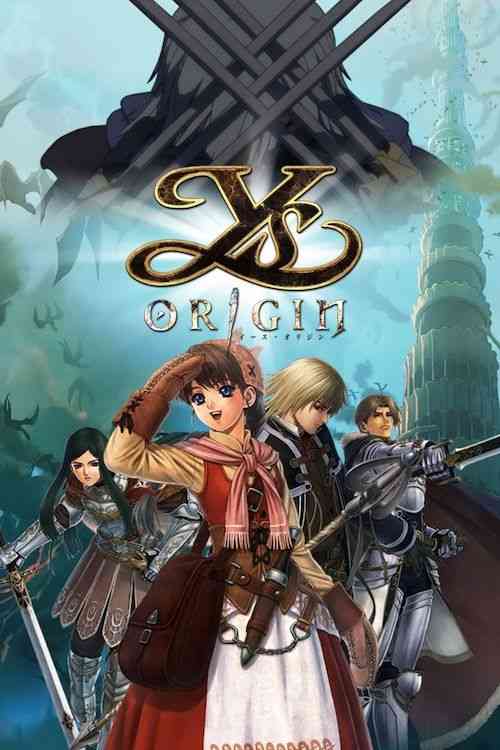