When a developer releases one of their games on a new platform, they have two options. Change nothing and call it a pure port, or change a few things in order to entice buyers over to that platform in particular. Prideful Sloth went a slightly different route with Yonder: The Cloud Catcher Chronicles on the Nintendo Switch. This version of the game has, to my knowledge, one new feature. Let’s dig into that particular feature, shall we?

If you’re hoping for a more comprehensive look at all the game’s features, flaws, and fine points, we did a proper review of Yonder when it came out for PC and PS4 last year. For the most part, my opinion meshes pretty well with this original review. The game is adorable, charming and in dire need of a better fast travel system. The one new feature that comes with the Nintendo Switch version is a photo mode. This proved to be the centerpiece of my playthrough. Anyone can learn to farm, fish and craft. I wanted to see if I could get a decent wallpaper or two out of this. 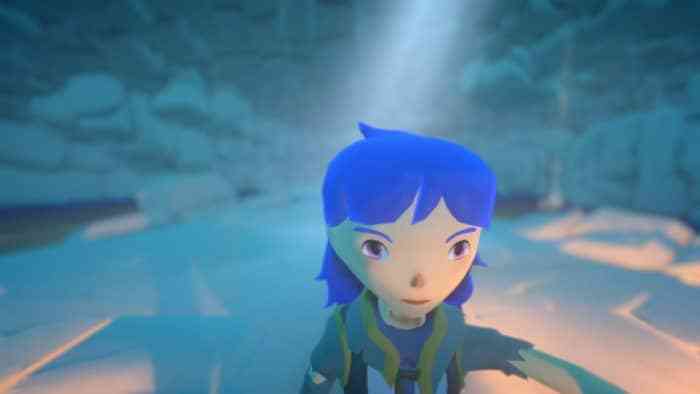 Here I am in the starting cave. Fresh-faced and ready for adventure! Character creation isn’t as robust as I’d like, but I always want more out of those systems. I started my journey in the grasslands. It was there that I met my first sprite. These floating spirits serve as gatekeepers and quest rewards all in one. Sometimes they’re even the quest-giver in disguise! Once in a while sprites will be locked behind a particularly esoteric puzzle, but the game has your back. You can check the world map at any time for a breakdown of what’s left to discover in any given area. Those first photos were little more than tech demos, tentative opportunities to explore the space and see what I was working with. Aside from my actual photography skills, which are more or less undetectable by ordinary means. My time in the grasslands also afforded me a lot of chances to gather some resources. Fodder, sticks, rocks, wood, things like that. I considered chopping down every tree in the region, but they take a long time to grow back. I needed them around for those really poignant sunrise shots. 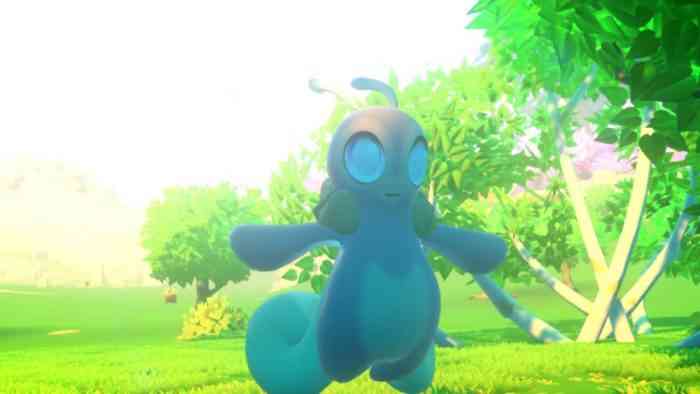 Seasons pass with incredible speed in Yonder: The Cloud Catcher Chronicles. I’d hardly played for three days before a whole year had gone whizzing by. This means if an event passes you by, it won’t be long before you get another shot at it. The Halloween event in the Hearthlands looks amazing. Every house is covered in decorations, the lights are strung up all over town, and people are handing out candy like crazy. On top of that, you get to keep the costume. Cards on the table, outfit customization is pretty much my whole reason for playing games like this. I’ll farm exactly as much as I need to, so long as I’m rewarded with cool clothes at the end. 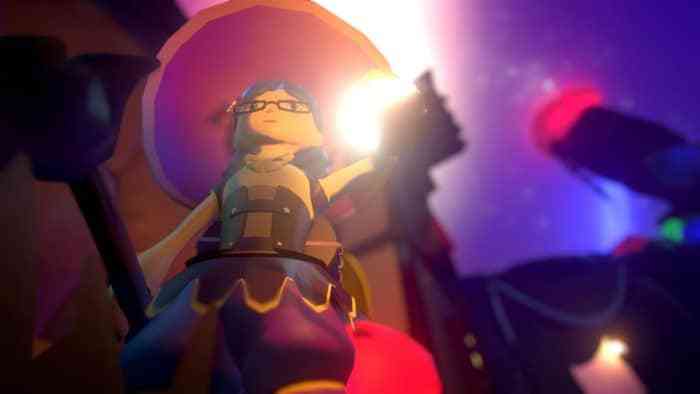 There are a wide variety of animals to befriend/enslave all over Gemea. You can also hunt them, albeit in this weird bloodless way involving traps and you leaving the area for a day. I kept a few on farms, mostly for the resources they slowly generate. 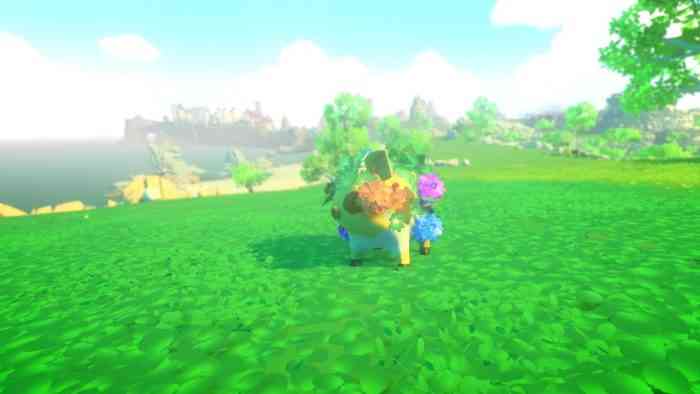 Actual farming in Yonder: The Cloud Catcher Chronicles is pretty hands-off, much like the hunting. You just start the farm, set it up with crops, livestock, employees and then you walk away. The more I played this game, the more it seemed in service of aesthetics. Playing through the actual story only takes your a few hours, if you’re focused enough. All of the other optional content gets you bonuses, but they don’t serve many purposes beyond completionism or again, cool clothes. 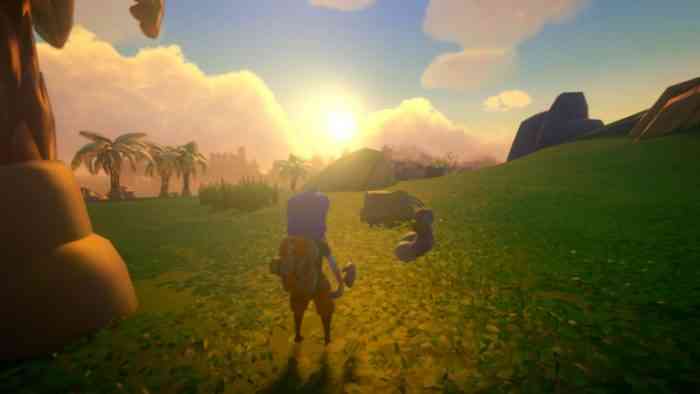 Aside from resources, I found a lot of incredible sunrises. Sure, you can’t crack them open and harvest them for crafting materials. But a picture is a pretty decent consolation prize. I didn’t get much mileage out of the various settings in the photo mode. Most of what you can adjust involves fine-tuning the angle and your point of focus. All of these beautiful vistas are just baked right into the background, it’s merely a matter of stumbling upon them. 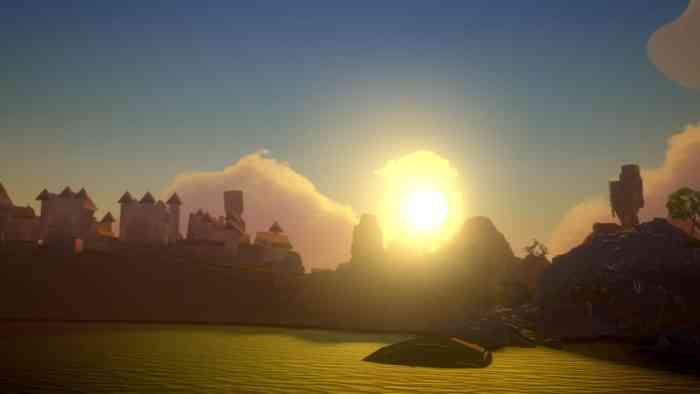 My hunt for more resources and clothes took me to some fabulous locales. Between the relaxed farming methods, the lack of serious consequences and the cumbersome fast-travel system, Yonder is built from the ground up to be slowly explored. If you try and rush, you’ll merely end up frustrated. Instead, take your time, bust out your camera and really soak up the island. 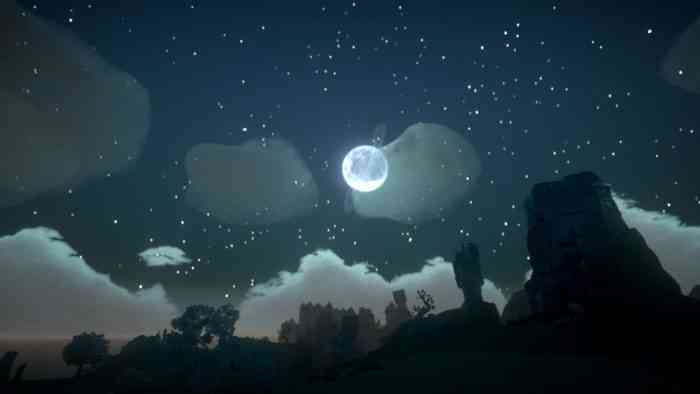 On that note, the Switch version of this game acts like an extra feature in itself. If you’re playing on the go, just before bed, or while the kids/dogs/cattle/inmates are distracted, there’s real moment-to-moment joy in every time you pick it up. Even if it’s something as simple as taking a minute to plant some trees and craft a few items, you can find a sort of zen rhythm at work. Of course, you need to be careful that you don’t lose an hour or four when you only meant to play for a few minutes. This review definitely took a little while longer to write than it should have, thanks in large part to Yonder: The Cloud Catcher Chronicles’ compelling gameplay loop. 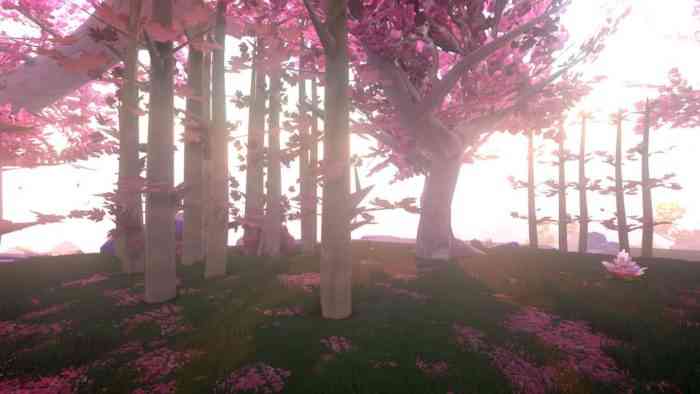 That’s not to say that the game doesn’t have problems. Getting anywhere can take ages if you haven’t made a serious effort to unlock every Sage stone, and it’s very easy to get lost in a simple task. I spent many an hour trying to wrap up one side-quest or another that ultimately went nowhere. The game actively resists all your efforts to move beyond its prescribed pace. If you’re looking for something frivolous, gorgeous and charming, then you’ll love this game. But there’s no denying that Yonder lacks a certain meatiness. 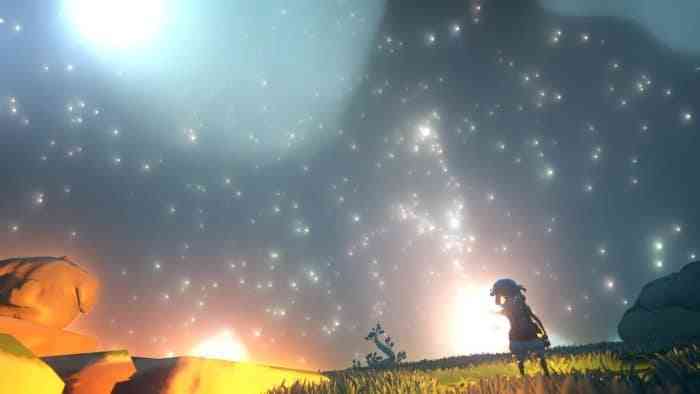 In the end, my quest to get better at composing photos was a failure, although I still got some incredible new wallpapers. Yonder: The Cloud Catcher Chronicles does its best to present you with a steady stream of breathtaking vistas, serene escapes and idyllic moments that snap to a picture frame with flawless ease. The core game has all of its slight flaws that came with the other versions, but I found that taking time to frame and save some of what I saw gave me a deeper appreciation of Yonder’s many high points. This is not for the goal-oriented or the ruthlessly focused. Rather, this is a relaxing jaunt across a sleepy little island. If you can match the pace being presented here, you’ll have a great time.

***A Nintendo Switch game code was provided by the publisher*** 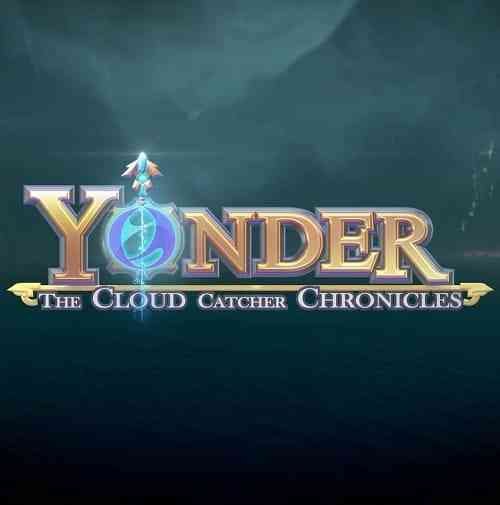 Advance Wars 1+2: Re-Boot Camp Has Been Delayed Into 2022
Next Spacejacked Review – How Do You Win? You Planet
Previous MachiaVillain Review – Spooky Monster Management Sim