Spacejacked Review – How Do You Win? You Planet

Spacejacked is an arcade tower defense game mixed with action shooting and fast-paced strategizing. Developed by the talented independent studio Rotten Mage, Spacejacked follows Dave, an engineer defending his spaceship against hordes of invading aliens. With his one-man-army, he builds turrets around the ship using a limited amount of metal pieces, all the while teleporting to different rooms and shooting the aliens himself. Enjoyable and quite stimulating, Spacejacked is simple enough for everyone to play, but also challenging to the point where only those who persevere can win.

The game offers three different modes of play: Story Mode, Endless Mode, and Challenge Mode. Story Mode is separated by “days” and not “levels”, so the equivalent to level 1 would be day 1. Story Mode has two levels of difficulty – one for the real experience, and one for those who would like more time to think and strategize. I started with the latter because I wanted to see how much easier it would make my life, and it was a comfortable place to be. Once I switched it back to the way it was supposed to be played, I died. I laughed and cried and wondered what I did wrong in life to be this bad at the game, but I eventually lived to see another day. The start of each day brings a new challenge, which is also why with the completion of each day, a new task is unlocked in the Challenge Mode. Unfortunately, with the Challenge Mode I feel like I can never win. In all honesty, this mode is aptly named because it really is difficult (for me at least)!

As Spacejacked is a tower defense game, in order to protect the ship Dave has to build defenses against the aliens. He has a limited amount of metal that he uses to build three different turrets: gun, stasis, and laser turrets. Gun turrets shoot bullets, stasis turrets slow down the enemy, and laser turrets shoot strong beams that require a recharge time. These weapons can also be upgraded using additional metal, or you can scrap them to get back the metal you used. Changing your mind and building something else instead is also incredibly easy, but under a time constraint this can be very challenging. 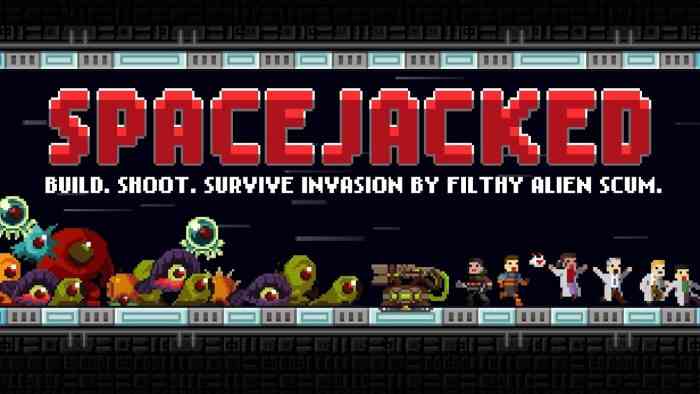 The spaceship that Dave is defending has three different rooms – four if we count the HQ, but the aliens don’t really care about that area. Each of the three rooms Dave defends has a different layout. This means that turrets need to be strategically placed based on the layout of the room, although sometimes you want to switch things up depending on the type of alien that comes through. When each day begins, Dave receives a notification as to where the aliens are attacking, and he teleports to that room to help fight them off. In the earlier stages, Dave only has to worry about one room. As days become progressively harder, Dave receives multiple alerts and has to teleport around the ship to effectively defend the arena.

Other than using turrets to attack aliens, Dave has his own blaster that he shoots with. He can run around the room and even use anti-gravity to walk on the bottoms of platforms, an intuitive addition to the game. The only thing is Dave doesn’t know how to jump for some reason, but no need to worry because that doesn’t affect the pacing of the alien battles at all. There is also a health kit in each of the rooms of the ship, so if Dave gets injured and his health bar decreases, he can easily regain some health by simply reaching the kit.

With each day comes new challenges, and there are some days where Dave has to rescue some of his crew members. As a reward for successfully rescuing them, each crewmate will offer their services to you. This includes helping Dave upgrade his blaster, modify his turrets, and help him collect metal pieces. The blaster upgrade and turret modification menu was fairly small, which I actually found to be an advantage because it kept the game simple. Many games out there have too many different upgrade options, and most of them I never end up using at all. As for collecting the metal pieces, you can play a mini-game at the end of each day. Keeping true to the arcade game vibe, Spacejacked came up with a side-scrolling shooter where you control the movement of a spaceship as it collects metal pieces while avoiding obstacles. Although this is a great way to gather up some spare metal, you can only play once per day, so try your best to collect as much as possible. 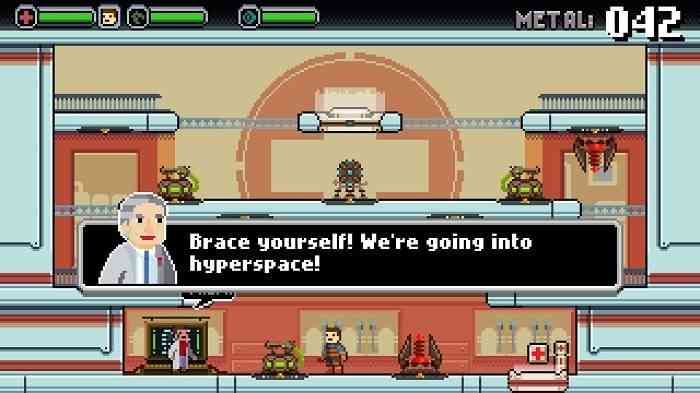 While the story is short and sweet, its multiple modes of play are also the cause of the bags underneath my eyes. Similar to a classic arcade game but made better, Spacejacked is extremely addicting and delightfully frustrating. It is one of those games where you want to keep playing, and even though I am terrible at the Challenge Mode, I found myself trying over and over again with different tactics and strategies. It was definitely a fun experience – I only wish it was longer so I could have spent more time with it. 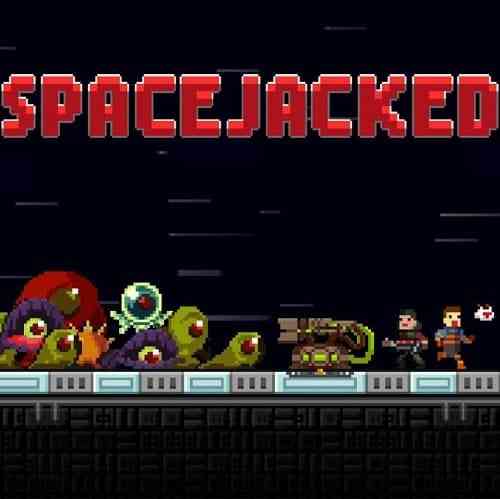