If you have been playing WWE 2K16 since its October release, you have been no doubt eagerly awaiting some of the game’s DLC. As much as the base game is a solid game and a strong comeback for the series, it was still far from complete in a lot of ways. Lots of legendary wrestlers were absent, and even some moves were missing for some of the top superstars. Post-release, 2K Games addressed a number of these omissions with the “Legends” and “New Moves” DLC packs. They also added a playable character in the Terminator T-800. So, the question is, are these extras worth the extra cash payout?

First, let’s take a look at the Legends Pack. This past summer – July 31st, to be exact – wrestling fans (and pretty much anyone else who grew up in the 80s) were hit with a shocker, when wrestling legend “Rowdy” Roddy Piper passed away, at the age of only 61. But this legendary heel of the WWE universe has gotten a new life of sorts, by being included in this DLC Pack. Piper was a figure sorely missing from the game’s original release, and it is a real thrill to finally be able to play him, in his signature white “Hot Rod” t-shirt and kilt. I know I personally would have paid a few dollars just to get Piper in the game. But the Pack also includes a number of other Legends as well.

“I know I personally would have paid a few dollars just to get Piper in the game. But the Pack also includes a number of other Legends as well.”

In addition to Piper, players get Dusty Rhodes, Mr. Perfect, the Big Boss Man, and 2 “pre-Divas,” Trish Stratus and Lita. I think a lot of fans in particular will love the inclusion of Rhodes, who also passed away this past summer, just before Piper. Rhodes was another beloved legend of the 80s wrestling scene, and in WWE 2K16 he is faithfully rendered in all his American Dream glory. Between Piper, Rhodes and the Big Boss Man, this Legends DLC pack is like a nostalgic reunion for any 80s wrestling fan, and all the characters are rendered with lots of cool detail – I personally think Big Boss Man looks the most realistic of the group. The only graphical criticism for the pack is the same one for the base game – the hair, which again, looks and moves in a strange way that doesn’t quite fit with the rest of the visual polish.

Characters also have a lot of personal touches to them that I think true fans of the older WWE time periods will appreciate.  For example, they all have their entrances recreated faithfully, right down to the way they enter the ring. Big Boss Man slides under the bottom rope just like he did in real life, Roddy Piper enters with bagpipe music (although not with actual bagpipes). Signature moves are also there too – Mr. Perfect’s Perfect Plex is truly an awesome thing to behold once again after all this time. All of these nods to long-term fans of wrestling will, unfortunately, be lost on some of the newer fans, and so whether the Legends DLC pack is worth the cost depends a lot on who you are. As a child of the 80s WWF, I would definitely shell out the $8.99 for all these extras.

Next, there is the New Moves Pack. For $3.99, you get a number of new moves that you can use in the ring. I really liked the addition of these new options, and they do have a noticeable impact on the game, making for more variety in matches. I just feel that this is something that should have been a normal update provided to the base game, for free. Charging extra for new moves feels a bit too much like the “in-app-purchases” of the casual, mobile gaming world. If you are adding new content, then yes, I am ok with paying more. But character moves are something that I am not sure a lot of players will like having to pay for. 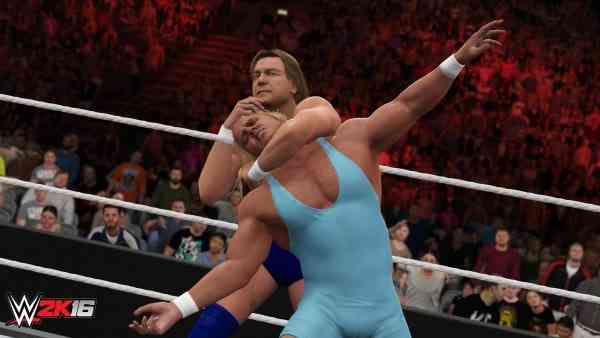 The other addition is the Terminator T-800 that was so prominently promoted on the game’s release (it is already available to anyone who pre-ordered the original game, or those who bought the Season’s Pass).  You can now buy Arnold “The Terminator” Schwarzenegger as a standalone character at the price of $4.99. Choosing either the T1 or T2 versions, you get a cool terminator character, with the ominous movie music to accompany their entrances. They have their own signature moves as well, along with sound effects that really make for a very polished package. I got the feeling that the developers put a lot of time into these new Terminator characters. However, I am not sure I would be willing to pay $4.99 for what is really a novelty. Only true, hardcore Terminator fans will want to pick up this one.

Overall, the DLC for WWE 2K16 adds a lot of characters, features, and freshness to the base game. In my opinion, only the Legends Pack is a must-buy. For $8.99, you get a lot of new characters, and they are all must-haves for any WWE 2K fan. Older wrestling fans will love it more than younger ones, but it is worth the cost no matter who you are. In the “not so crucial” category is the Terminator DLC. It is just too fleeting a novelty to really make the purchase worth it – if you already have it as part of the Season’s Pass, then great, it’s a bit of fun, but I wouldn’t go out of my way to get it. Lastly, the New Moves Pack is a useful addition for sure, but as a fan I would be a bit irritated having to pay for something that I feel is a basic part of the game. So, think about it and decide which of these DLC packs is worth it for you – now, if you’ll excuse me, it’s time for me to kick some ass and chew bubblegum, and I am all out of bubblegum. 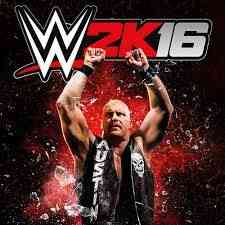 
WWE RPG Is in the Works