WRC 8: The Official Game, aka World Rally Challenge 8, is developer Kylotonn(KT) Racing Games’ latest kick at the world rally can. The French development team took over the series in 2015 and this iteration takes a big step in the right direction. Racing sim game fans are hardcore, no more so than rally cross aficionados, and fuss over all details so official licensing is a big deal. If nothing else KT Racing has plundered that license to provide a very in-depth 2019 season.

These means that the full 14 country 2019 calendar is replicated in WRC 8. In addition WRC, WRC2 and World Junior teams are included. What this means in terms of tracks is that venues from Turkey and Chile are included but Poland is dropped. This trade off is a no-brainer as Turkey and Chile offer very challenging tracks that are twisty, tight, and windy. A mistake on one of these tracks will launch you off a mountainside to fall hundreds of feet. The illusion of danger is offset somewhat by the game resetting you back on the track but you still experience the knuckle whitening tension of navigating those nasty, narrow tracks.

KT Racing has made real strides with the graphics – the game is very gorgeous. Rally racing is unique from most racing where the focus is on a single car. From a design perspective this simplifies things and allows the freed up game overhead of not showing a multi car onscreen moment to be used for frame rate optimization and the overall racing environment. It’s a coding balancing act between those two forces. All this is accomplished while keeping the frame rate above the mandatory 60 fps for racing games in order to keep input responses of the game in sync with your driving inputs.

Cars are well rendered and, depending on the view taken, weather effects are too. Beading rain on the windshield is rendered realistically as are the streaking effects of windshield water when the wipers are turned on. Similarly, dust and mud effects on the car and windshield are accumulated organically over the course of a race. Along with the presentation of the cars, the game possesses some great lighting effects for time-of-day moments. Early morning sunlight pierces through trees and the light also presents properly for weather conditions such as when it’s raining or the sunlight is poking through clouds. 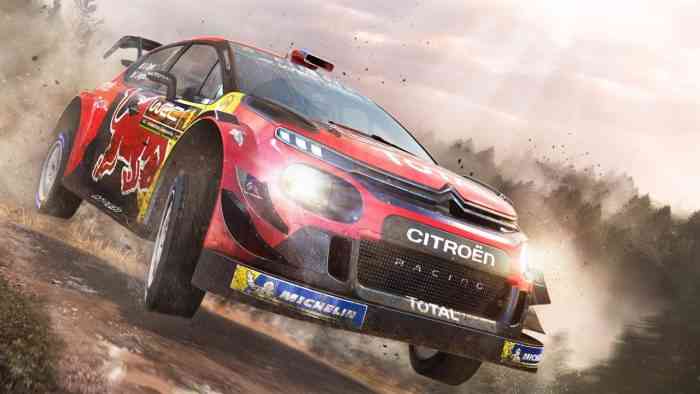 On the physics side, the game generally handles well, especially when the tires are on the ground. Things get a little wonky if the car gets airborne, whether through jumps or, most noticeably, when you lose control. In those loss of control moments where the car goes off the road, everything seems to go into Matrix-time. Your car acts like it’s floating almost feather-like instead of hurtling the air like the several hundred pound object it is. Quite likely a game design decision but a disconcerting one where reality is a heavily placed premium on everything else. It’s really apparent in the out-of-car views.

Turning to the road now, the physics are really good here too. The differences in control behavior between FWD and AWD rally cars is obvious. Even just using a controller. It’s with a FFB wheel that the game really shines. Gravel and non-paved road surfaces can be felt quite keenly, further boosted when coupled with some great sound effects. You can really feel the transition of grip when the tires go fighting for traction over gravel, dirt, rain, or snow.

The sound in this game is solid too. From the engine whines and roars to the growl of the exhaust to collisions with rocks, fences, or road barriers. Environmental sounds are also present and well localized be it the wiper blades, water-splashes as you run through puddles, or crowd noise. Hell even down to the whining engine revs that really shoot up if you keep your foot on the gas when the car goes airborne.

WRC 8 also comes with an impressive career mode that feels fleshed and worthy of supporting the logistics of a world wide endeavor. The menus are broken up into three main screens which are clean and easy to read. It can be a bit tedious to navigate back and forth between the pages however. Weirdly a shortcut solution exists where the menu categories are displayed in bottom center of the screen but that sub-menu is for display only and is not clickable. 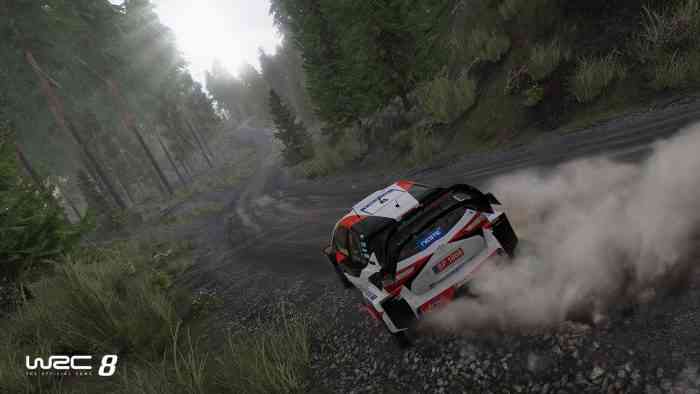 Included in the career mode are team management activities for those micro-managers. More importantly there is also a Research and Development tree that allows you to take your race winnings and use them to upgrade your cars. Car Roster selection is limited. You can choose between any of the modern rally car manufacturers but beyond that, historical classes are scarce.

I have to note that the game crashed on me a lot. Always upon loading – once I got in and racing there were never any further crashes. I don’t have this problem with other racers and only improved the situation by uninstalling Nvidia’s Geforce Experience. KT Racing is aware of this issue and are working on correcting this problem.

Where does all this leave us? With a pretty damn fun rally racer. The graphics, sound, presentation, and force feedback all blend together to create a wonderful sense of speed and the sense of ever present danger that immerses you in the world of rally racing. Rally racing is tough. One misjudgment and your hopes of a podium finish are dashed. 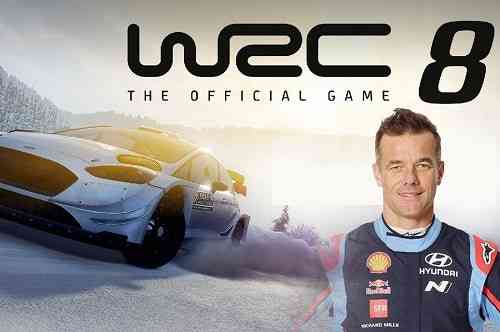 
Gran Turismo 7 May Be PS5 Exclusive