My combined playtime of Valve’s Left 4 Dead and its sequel is in the upward sphere of hundreds (maybe thousands) of hours. Honestly, I’m too scared to look. I ate, lived and breathed both games as much as one could for years after release. I first conquered them on their Expert difficulties. Later on they added even higher difficulty modifiers with realism mode, and yes I beat that too. I would even mentor friends having a hard time in certain levels and was often called in to bad situations to help everyone progress. When I played with others in my elitist nerd sphere of sublime challenge, we would be nearly wordless operating at 3 am. Our muscle-memory coming into play.

Horde incoming! Get two players in the front, two in the back. The two in the front would use melee weapons and crouch while the rear guard shot over them. Horde caught us in the open? Fall to a corner area and make a killbox. Tank spawned? Toss a pipe bomb to clear out residual zombies and start kiting into a gas can. Witch in the way? If you have a shotgun it’s time to headshot her before she stands up. And always save the Bile.

Suffice to say I love it when a game like Warhammer: Vermintide spins up the formula and gives it a fresh infusion of new ideas like character classes, perks, a new setting and loot; I’m all about it. Like butter on bread. Now World War Z Game of the Year Edition DLC pack-ins do little to change 2019’s experience. It’s still the zombie game that tried hard but missed the point.

Fundamentally, it’s competent. It handles well, the graphics aren’t too shabby and there’s an unclockable system for a variety of classes that can be played by a variety of fairly forgettable characters. Honestly, the only character details I can provide from World War Z is there’s a guy in a New York Giants jersey and some police-looking guy. There’s also a woman with a teddy bear on her backpack that I’d randomly pick sometimes.

Not All That Memorable

On the flipside, I can still recall all the names of Left 4 Dead 1 and 2’s characters. I know their quips. I can still tell you Bill’s callouts are some of the best. I can easily recall the times Ellis would go on a long rant about something in the environment until other characters told him to shut up. Hell the games even had their own meme subculture. World War Z misses the point of what Turtle Rock did back in 2008 and that’s because they were only looking at it from on the surface without digging deeper.

Going into Left 4 Dead you wouldn’t be amiss by decrying a lack of content and immediate repetition. But the A.I. Director saw to it no match ever played the same. Spawn points, escalations of enemies, ammo and medkit locations, everything was up for grabs behind the scenes. Left 4 Dead 2 made the director an even nastier person, pitching up the difficulty the better you played and mixing in normal zombies that required specific tactics.

World War Z always feels the same. You will always find the key on the last body, you will see ammo boxes in the same spots, and you’ll fight the random spawning specials in much the same manner. You move from point to point hitting buttons and fighting off the swarm, over and over until even Left 4 Dead would ask for a break. Absent is the environmental storytelling, the tension of not knowing what could happen next, or characters that tell stories to anchor you into the world.

Encounters with the zombie horde from Brad Pitt’s nightmares are visually impressive. To see them stack up or charge a gate is truly a sight to behold as you lay down heavy fire. But other than the visuals, there is little tension to be had. A bull zombie (essentially L4D’s Charger in a police outfit) will always come, followed by a guy that is a renamed Hunter. Get them off your teammates with a few hits and rinse and repeat. Add a couple hundred swarming zombies and everything just turns into visual noise. Where Left 4 Dead would let you know well in advance a special zombie was up to some bullshit, World War Z just skips the foreplay and dumps them on you.

You see, Left 4 Dead’s random sequencing and special monsters were designed to counter specific behaviors the players took. If players decided to clump up and turtle, a Spitter would spawn to split them apart. If a player was falling behind, a Smoker would snatch him up. If the team was goofing around, a Boomer would pop around the corner and bring an entire army down.

The specials in World War Z are copies of these archetypes but given the speed at which players move, the rapid fire arsenal, differently designed environments, and quick melee weapons, they don’t match up. Bulls are easy and don’t take players very far when they charge. The Bombers explode but do little to ratchet up the amount of bad shit happening on screen like a Boomer would. There’s a hazmat suit zombie that releases gas when he’s shot anywhere but the head, but again, it’s just another zombie in a pack of fast moving, quick dying, punching bags and it’s quite easy to step out of the gas. 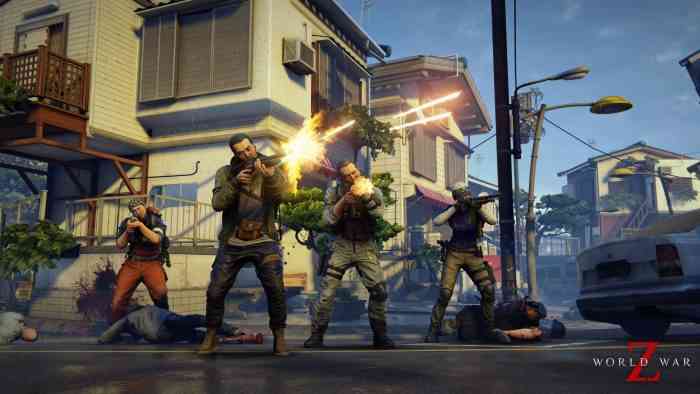 I thought that while the gameplay itself is rote, and the multiplayer mode is so rote it deserves no deeper discussion, that the perk system or talents you can unlock would be our saving grace. But where Vermintide forces you to specialize in interesting ways with your character, World War Z just gives you small modifiers and a unique weapon but doesn’t go deep enough to really let your medic stand out from the rest.

A year later and a new package does little to boost up World War Z’s failings. If it’s on sale or you really need to kill some zombies with some friends it’s a quick way to get all the content and it’ll be brief and inoffensive enough to waste a few hours. If you’re like me and searching eagerly for the next successor to the 2008 classic, you are better served elsewhere. 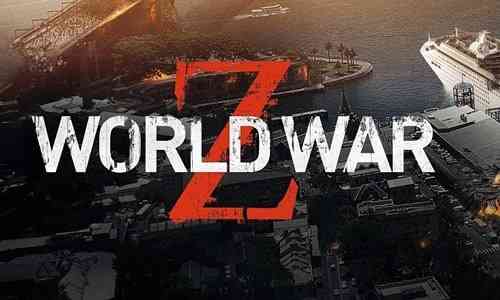 New Back 4 Blood Trailer is Full of Blood & Guts, And It’s Awesome