World to the West Review – Flaws Aside The Aesthetic is Beautiful

World to the West Review

During my time with World to the West, it was difficult not to reminisce on a rarely-discussed 16-bit era gem called The Lost Vikings. The second outing from Rain Games, makers of 2014’s multi-million unit- selling sleeper hit Teslagrad, has a few important things in common with Vikings; they’re both puzzle-based adventures set in vibrant and colorful worlds that sport multiple controllable characters with unique and complementary skill sets. While that’s certainly the foundation of another potential classic, Rain Games made some questionable design choices that keep WttW from reaching its full potential.

The first couple of hours are spent on brief narrative tutorials with each character, giving you an understanding of their powers and quirks. First up is Lumina, a Teslamancer that can manipulate electricity and teleport between small distances. There’s also Knaus, a small boy tricked into working in a mine who can make subterranean paths, skate over water, and use explosives; Teri, a mercurial thief who can mind control beasts and grapple onto distant platforms; and Lord Clonington, a mad scientist’s strongman bodyguard and test subject who can beat up enemies and bash through doors. These disparate character arcs become increasingly interwoven as the story progresses, and the interactions between personalities lead to some truly surprising and humorous moments. That said, the overarching story is not particularly original, mashing genre clichés into a narrative slurry, and the characters are two-dimensional at best, passively pulled through the tale with the thinnest of motivations.

“The difficulty in these puzzles is inconsistent throughout, which can be a double-edged sword.”

The core gameplay revolves around determining which character is needed to solve straight-forward environmental puzzles, such as figuring out how to open a locked gate or cross a river. The difficulty in these puzzles is inconsistent throughout, which can be a double-edged sword. On one hand, a lot of those puzzles were just challenging enough to feel rewarding, avoiding any controller-breaking frustrations. However, they’re mostly rudimentary, lacking any sense of urgency in solving them, and certain puzzles felt as though they were designed solely to give a specific character some play-time, rather than as a function of creative level design.

There’s also the matter of the game’s fast-travel system, which is flawed in a way that actually makes traversal take much longer than it needs to. Large totems are strewn about the world, and you can fast-travel between any you’ve touched. What makes this system frustrating is that the totems need to be touched by each individual character before they can travel between them. So even if Lumina, for example, has activated a series of totems, those totems are inaccessible to the other characters until they’ve first touched them as well. This means that large portions of the game are spent traversing the exact same routes with a new character. Though this does allow access to skill-specific secrets along those paths, it still leads to numerous instances of tedious backtracking that pad World to the West’s run time.

Although the entertainment value of the gameplay varies, there’s no denying that a ton of effort went into making World to the West a game that looks and sounds magnificent. From the spritely cartoonish low-poly aesthetic of the world, to the luminous pastel colors that fill it in, to the charming animations that breathe life into each of your protagonists, World to the West is a treat to behold. I found Lord Clonington’s animations especially entertaining since the game dedicates the triangle button to making a flex pose. It was impossible not to chuckle every time I pressed it, his chest puffing out and his face lighting up in joy as the force of his flexing jiggles his biceps.

But where WttW truly impresses is its musical score. Many indie games have one or two catchy instrumentals, but few of them are as diverse or as memorable as they are here. Each area of the world map has its own unique melodies and refrains that range from whimsical to pulse-pounding, and each song gently transitions into the other as you make your way from one area to the next. I found myself whistling a number of these melodies in my day-to-day, which, to me, is the mark of an outstanding game soundtrack. 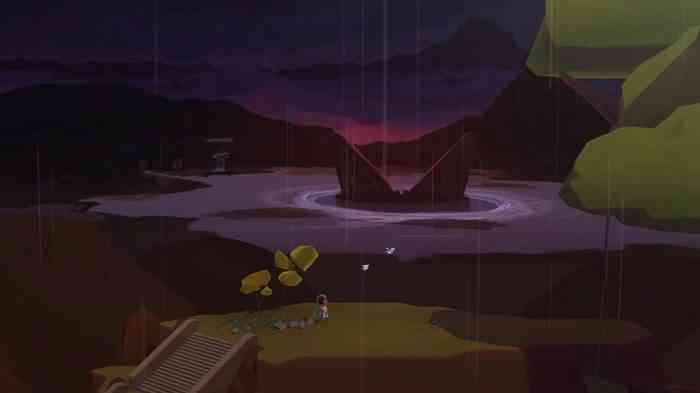 World to the West is a delightfully charming game with some irritating design flaws that prevent it from achieving excellence. While the characters are fun and their abilities are creative, the puzzles they’re used for lack the level of challenge that’s become expected from modern indie games, and the fast-travel system often forces you to spend lots of time backtracking. That said, there’s still a lot of fun to be had in this world, and the beautiful aesthetic and fantastic musical accompaniment will keep you entertained at even the most tedious moments. 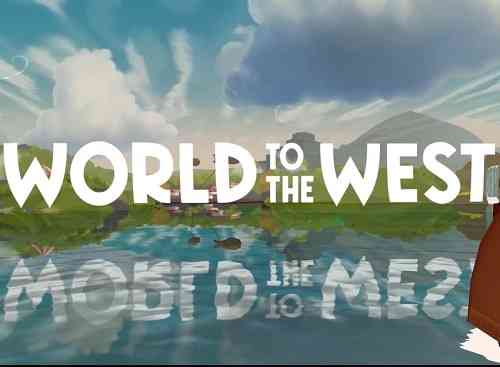 Owlboy Getting a Limited Edition This July