Wonder Boy: The Dragon’s Trap Review – Metroidvania Before It Was Cool

Wonder Boy III is a very early example of the now-popular Metroidvania gameplay style. It’s about a knight who gets turned into a dragon and goes on an adventure to defeat other dragons and gain their abilities, in order to access more of the land, in order to… kill more dragons. While the story isn’t the driving force behind this game, it is presented in a Symphony Of The Night ‘begin with the ending of the previous game’ style, that should hook most interested parties. And the gaining of new transformations and powers definitely fuels the desire to advance. This really reminded me of a couple of Super Nintendo gems called Demon’s Crest and King Of Demons. I loved transforming into monsters as a kid, and apparently, that love has never died.

Speaking of game comparisons, one of the game’s taglines says it’s like a combination of Legend of Zelda, Metroid, and Mario. Although that’s not wrong, I think it would be more accurate to compare it to other retro titles like Adventure Island, Wizards And Warriors, Ghosts N Goblins, and Castlevania. Wonder Boy definitely has the ‘enter the castle and find all the keys’ vibe I love about old school NES-era adventure platformers.

The game has an interesting mechanic in some areas where the correct exit needs to be found, otherwise, the player is thrown back to the beginning of the area. It can add an element of danger in situations where you might feel pretty sure that that bottomless pit is the exit, but you’re not so sure you want to try it right away. These challenges might feel dated to some, but they are never unfair in the popular modern retro platformer “trial-by-death” way. 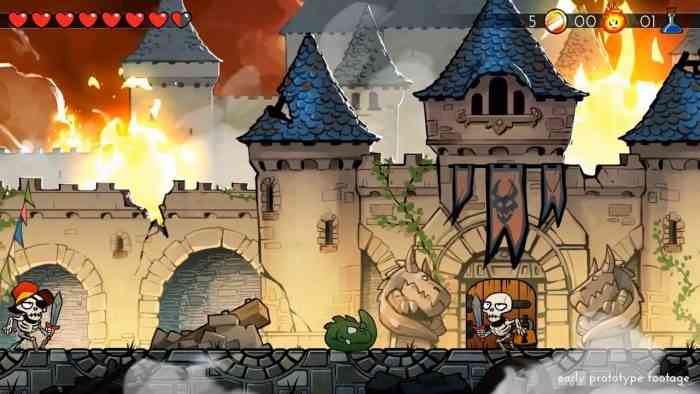 The only complaint I have about Wonder Boy: The Dragon’s Trap is that, while it’s a long title, its simplicity can become tedious. At the end of the day, it’s 90% simple platforming, and one button attacks. Also, the difficulty can be a bit weird. Right when I started to think the game was getting too easy, I ended up fighting a difficult boss (out of nowhere), dying, and having to complete an entire huge area from scratch. Also, it took me a while to realize that the game had a password save system, which was cool, but not at all intuitive.

“Wonder Boy definitely has the ‘enter the castle and find all the keys’ vibe I love about old school NES-era adventure platformers.”

With the click of a button, the player can switch between modern, and 8-bit graphics and music. Actually, there are separate buttons for graphics and music, so one could choose retro music with modern graphics, and vice versa. I’m normally the type of player who will for sure choose the 8 or 16-bit option, but the modern art and music in Wonder Boy: The Dragon’s Trap were so good, that I played 95% of the game full modern.

Wonder Boy: The Dragon’s Trap is a game for Metroidvania fans. If you’re the kind of fan who wants genre innovation, and modern mechanics, you might want to steer clear. If you’re the kind of fan who still plugs in their Nintendo and likes to see what the origins of modern games look like, then pick this up. And if you’re a fan of the original, then you’ll find this remaster to be everything you could want: beautiful and smooth. 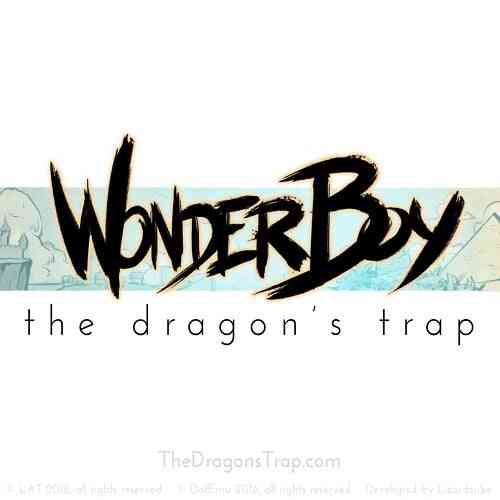