The viability of the PSVR platform is no longer in doubt. Titles continue to come at a steady rate and Sony’s recent announcement that the PS5 will support current PS4 based VR games was a wonderful vote of confidence. Still,  the majority of PSVR games come from independent developers so when a bonafide triple A developer like Bethesda releases a VR game, it makes one sit up and take notice.

Released in parallel with the latest Wolfenstein game – Youngblood – Wolfenstein: Cyberpilot lands at a budget price of $20. Such a price seems to be too good to be true, especially from a developer like Bethesda, and it turns out to be true. We expect big things from the big players in the video game industry and at a first glance Cyberpilot impresses.

This is easily one of the best looking PSVR games released to date. The environments, the cockpit interior of your mech, and visual effects of the weapons are all top notch. Unfortunately they all sit on top of a pretty thin layer of game content and more importantly, gameplay. The $20 price tag becomes clearer when you realize there are only ninety minutes of game here and most of that playtime isn’t really any fun.

One of the three game mechanics game makes you the pilot of a Third Reich mech but that only accounts for about thirty minutes. The mech missions take place on the streets of a war torn Paris. There are richly detailed building exteriors complete with Nazi banners but it’s all a shell. The environment is only destructible for those components that are tied to battle. So cars and fences for example, can be destroyed. But when you get the itch to set some of those Nazi banners on fire with your flamethrower, well I guess those banners must be made of asbestos, because they refuse to burn. Heck they don’t even get a little singed. It’s the little things like this that are immersion killers even in a VR world. Further compounding the immersion diminishment is your mech is herded through Paris like cattle down a delivery chute. No exploration is allowed and there are no secrets to find anywhere in the game. 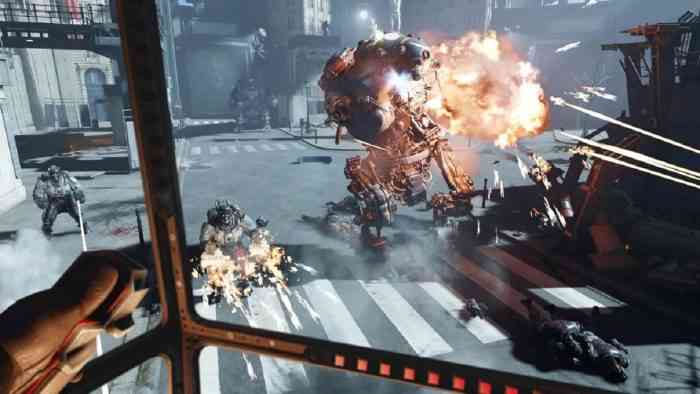 You also get to control a mech dog and a mech drone. Neither offer anything to rival the mech stage. The mech drone section is the most boring of the three as the stealth element of sneaking up on Nazis and electrocuting them becomes stale real fast. And that’s the real problem with the game – it quickly becomes boring. Even in the mech sequences where you can burn Nazis to crispy crackers and riddle them into submission like pieces of Swiss cheese only brings so much enjoyment before boredom sets in.

Stick to the VR Setup

Control wise the game supports both the PS Move controllers as well as the DualShock 4. Move controllers are the way to go as using the DS4 locks your two virtual hands away from each other only a short distance apart. This looks weird when you are working controls that require only one hand for the right or left side of your cockpit. Generally, the controls track fairly well with no issues. The game also supports a good range of VR comfort controls that allow VR veterans and newbies to find settings that work best for them.

Unfortunately the game takes the hand holding to too far an extreme. Tutorials, even if you have done them already, and cut scenes are not skippable so you find yourself continuously repeating the same pieces over and over again. Nothing spells game death quicker than forced game sections.

While there’s definitely promise in the concept of Wolfenstein: Cyberpilot, the shiny visuals don’t make up for the lack of content and subpar execution. It’s a decent showpiece for the PSVR, but at this point in the platform’s lifecycle something with more meat is the expectation. 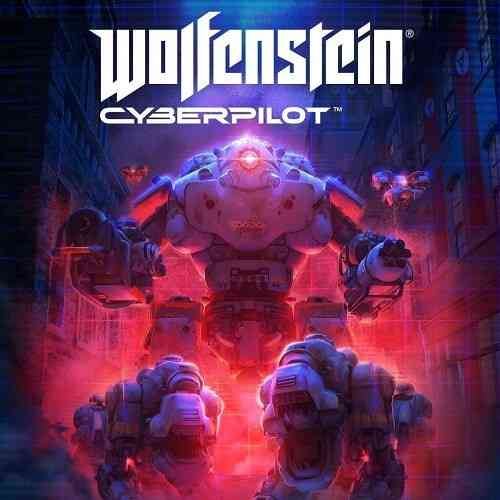 
Bethesda and Lucasfilm Games Are Taking on Indiana Jones