Willy Morgan and the Curse of Bone Town Review

The glitz and glamor of being a real pirate seems to be, at one time or another, every kid’s dream. But what if you could go on an adventure to not only meet some pirates but also solve a decade long mystery and see what piracy looks like in the modern era? Willy Morgan and The Curse of Bone Town promises exactly that. Honestly, sign me up, because it sounds awesome.

Enter Willy Morgan, your average witty teenager. Until he receives a letter from his father, that is. Willy’s father, a famous archaeologist by the name of Henry Morgan, disappeared 10 long years ago. Now, despite all the time that’s gone by, Willy is supposed to go to this mysterious Bone Town and uncover the truth about what happened to his father and anything else that may come up along the way. And he must do it all by himself, without the help of family or friends.

The overall narrative really isn’t much to write home about, as it’s nothing we haven’t seen before in some variation. That said, it still is rather interesting to see the whole narrative play out. Without spoiling anything, it’s sure to have a twist or two thrown into the mix. Despite the narrative being somewhat similar to other games out on the market there’s something about the entire game that made me want to keep playing, in order to solve the mystery. After all, I do really love solving puzzles.

Here for the Witty Banter

Part of what kept me playing is the constant wit and humor, as well as the cast of interesting characters within Bone Town, either helping or inhibiting Willy’s pursuit to solve the mystery of Henry Morgan’s disappearance. Truly, the entire cast of NPCs are colorful in their own ways, and serve to bring out Willy’s witty personality even more. Well, that and they really do hammer home the modern pirate theme of the game. Despite having no real emotional connection to any of the NPCs by the end of the narrative it’s safe to say that without them, Willy Morgan and The Curse of Bone Town just wouldn’t be nearly as interesting. 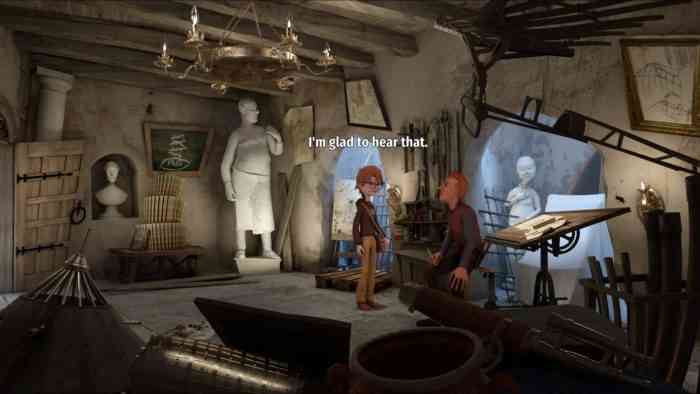 As captivating as the NPC personalities are and the fact that their roles significantly contribute to the level of enjoyment whilst playing, the voice acting is really just okay. In fact, some characters that you meet will have almost annoying and grating voices. What’s rather disappointing is the fact that the sound contributes almost nothing to the overall gameplay. And it’s not just the voice acting, but the background noise as well. It feels a whole lot less like being submerged in a fantasy pirate adventure and more like you’re just listening to quiet elevator tunes. Not all, but most.

Thankfully, the graphic design is a step up from the background noise and voice acting. It’s still nothing spectacular, but it does give the game a storybook feel that lends itself completely to the overarching pirate theme. Not only that, but the character renderings are something you might find in a modern 3D comic book.

Solving Mysteries Isn’t All That

Completing puzzles gives you a sense of satisfaction, though there aren’t too many times players will find themselves stumped for more than a minute or two. As such, I would’ve loved to have a few harder puzzles thrown into the mix instead of the standard point-and-click ones that focus on gathering items or going from point A to point B to complete linear tasks in order to move the narrative along. Despite the ease of the controls, having only to worry about clicking the mouse and opening the item inventory, Willy’s movement feels a bit disjointed and the camera angles just aren’t as conducive to solving mysteries as you might think. This, of course, doesn’t make completing tasks and puzzles any more entertaining. Rather, it makes a lot of them slightly more frustrating than they should be. 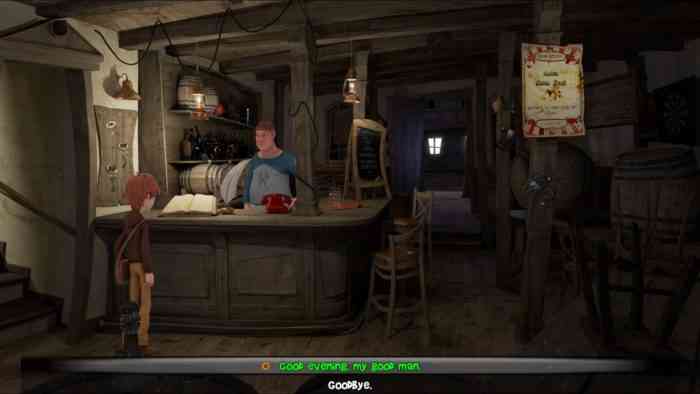 Because Willy Morgan and the Curse of Bone Town is a quick third-person point-and-click adventure title, it definitely could have benefited from having a few more complex puzzles, maybe some mini-games, lengthy character or journal snippets to find, or some fun easter eggs to discover throughout the story. Instead, the game takes less than three hours to complete if you’re even mildly good at solving puzzles, and there’s zero replayability value after completion.

Willy Morgan and The Curse of Bone Town is a simple title with a well-intentioned premise. Despite its cast of colorful characters and relatively interesting narrative, it really struggles to find its stride and unfortunately feels like its potential is squandered by both the undercooked game and sound design. 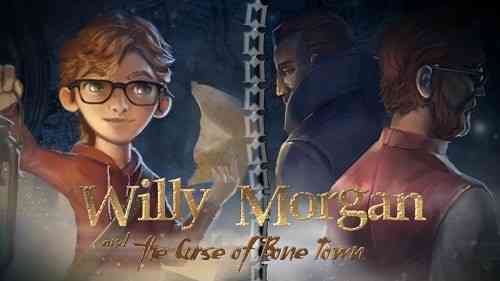 Lost In Play Bringing the Nostalgia This Summer
Next Wasteland 3 Review – Step Aside Fallout, The King is Back
Previous No Straight Roads Review – EDM is Out & Rock is Back In