We Are the Dwarves Review – Rough and Unpolished, But Still a Gem

With an unconventional premise and challenging combat system, We Are the Dwarves is rough around the edges but manages to deliver a rewarding experience. A tactical-action adventure game from Whale Rock Games, We Are the Dwarves digs out its own niche in gaming with its three dwarf astronauts in a universe so different from our own.

While the game claims to be story-driven, I found the narrative to largely be a backdrop for the fierce and desperate battles I was waging on beautifully designed isometric fields. I highly enjoyed the inversion of our universe concept — how space is no longer empty but filled with stone, and the worlds of the living dwell in its hollows. We Are the Dwarves has both an interesting premise and features a great mash-up of genres, with its high fantasy dwarves who are also shipwrecked interstellar astronauts trying to survive in a hostile and foreign environment. The dwarves look and are relatively similar as opposed to their earlier concept designs on Whale Rock Games’ unsuccessful Kickstarter, but what sets the three apart are their abilities.

“… a great mash-up of genres, with its high fantasy dwarves who are also shipwrecked interstellar astronauts trying to survive in a hostile and foreign environment.”

Each dwarf has his own skill tree and fighting method, with the shotgunner Forcer, the berserker Smashfist, and Shadow the assassin. The game starts with Forcer, who unfortunately faces enemies which are both fast and strong, and it tasks you with knocking them off the map rather than taking down their health. The enemies of We Are the Dwarves are distinguished by more than their design, however, as they are able to detect you by sight, by your movement or scent, or by noise. I particularly appreciated this concept as your strategy can very quickly turn from stealth to slasher as you get spotted and mobs rush at you. The game also has a “pause” mechanic, wherein you pause the game briefly to line up your next moves or take in how badly you will die this time. This allows you to line up command sequences when controlling one dwarf or all three.

Controls are a bit finicky as they are hardly explained or explained poorly, and I had to figure out a lot of how to maneuver through the game using trial and error. I also encountered a few glitches and an inordinate amount of lag as the framerate dropped drastically after cutscenes (which was severely unhelpful in an already difficult real-time tactics game). I found the game to be quite challenging — expect to die a lot and come back to try a different strategy. A lot of the game came down to cautiously fighting through enemies and saving as often as I could, as in one level, a hit from an errant rock would be all it took to kill your dwarf. The pause mechanic also takes some getting used to, as in the beginning I easily lost immersion and found it broke up gameplay. 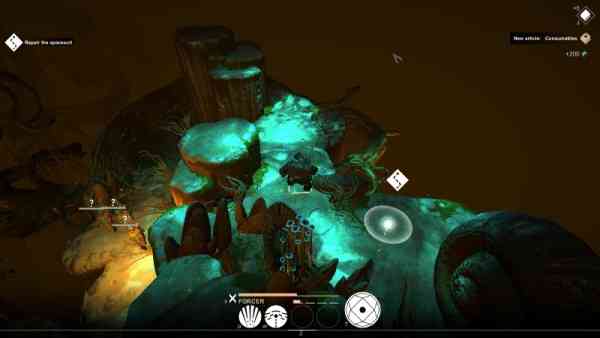 We Are the Dwarves requires both tactics and skill from the player. You are not infallible, even as you pause and look over the situation from above. You will make mistakes, and you will have to fight, and fight well. Get used to seeing the “You are Dead” screen, and try not to break your QWERTY keys.

“It is wonderfully atmospheric, with the darkness of its caves contrasted with its artfully selective use of light, and the beautiful colour palettes of each level.”

The game’s greatest accomplishment is its visuals (when it isn’t lagging), as it is skillfully animated with unique enemies on organic landscapes. It is wonderfully atmospheric, with the darkness of its caves contrasted with its artfully selective use of light, and the beautiful colour palettes of each level. There are some minor spelling and grammar errors in the dialogue, but nothing a simple update cannot fix. The sound effects in the game are decent, and there is not so much music as an echoing, slightly eerie background ambiance — you are in an underground cave, after all. However, I’d appreciate some music to lessen the blow of a fifth “You are Dead” screen in a row; the absolute silence can get pretty deafening.

Overall, We Are the Dwarves is slightly too difficult, in a way that would make me apprehensive about going back to it rather than spur me to try again. At $14.99 USD with a 10% discount for the first week of its release, this a game to pick up if you are seeking a challenge in a visually stunning world with an intriguing premise. 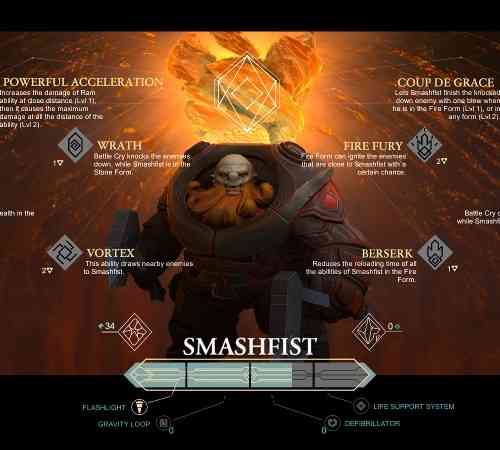 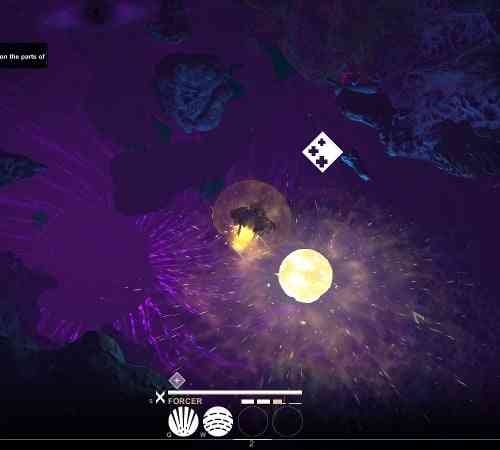 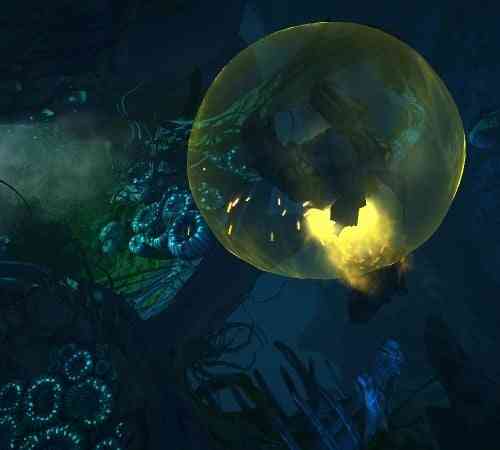 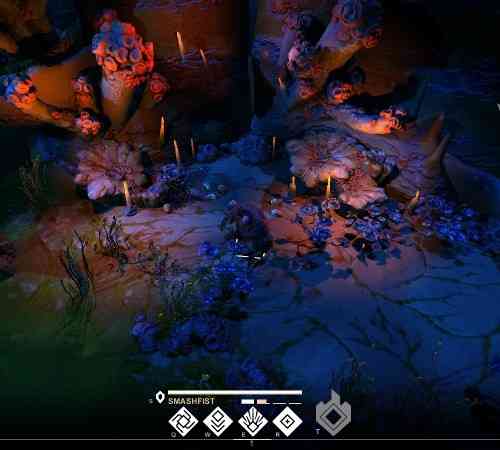 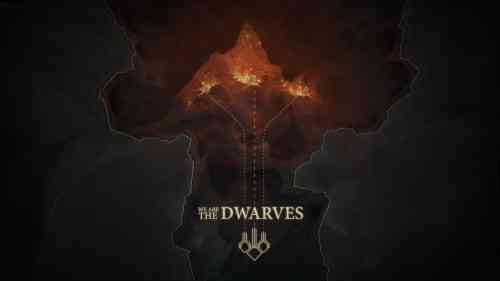