To be honest, I did not know much about Warp except from what I briefly saw some friends writing on Twitter and the fact that it is part of Xbox LIVE’s House Party. Beyond that I had to do a little bit of research where I learned the game is about an alien named Zero who is abducted by humans and the story of his escape using his special abilities, the main one being his ability to Warp through and into objects. As a fan of puzzle games this premise does show some promise to be a great title, but there is only one way to find out, by diving right in.

Appearing to be a bit cartoonish at first glance with Zero and other characters being exaggerated, there is a whole lot of detail in the game that could easily be missed. Scuff marks on the floor from equipment being dragged & foot traffic walking across the floor, shadows on water, debris is scattered (usually after you blow it up), and even the soot from explosions, all of these types of things adds to the fine little details in the background.  One thing that I find hilarious, and really well done, are the blood explosions that happen when Zero warps into humans and moves around shaking their innards and expanding them until there is a huge gooey red mess all over the place.  Once you get by the “grossness” of the whole thing, it is pretty cool to see.

The sound blends in well with the overall theme of the game.  The whole “alien abduction secret underwater science facility ran by crazy military type guys along with dorky scientists” feel comes out perfectly.  Zero’s pitter-patter as he walks around (or lack of it with some upgrades), the over the top “I’m going to kill you!” from soldiers, and the squeaky high-pitched squeals of fear as the scientists run away all add to the game. There is a bit of music throughout the game as well, but I find it is to create suspense throughout rather than being a backdrop as it lets the large array of sound effects come out more into the open rather than being drowned out by music. 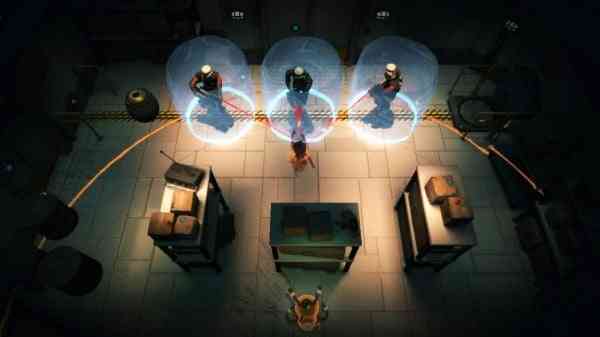 The gameplay is best described as puzzle/stealth platformer with its own twist on how to control Zero.  Zero’s unique ability is warping into just about any object which includes walls, containers, and even human beings. As I mentioned previously the exploding humans is quite well done and hilarious, but this is your main attack ability to aid you in your escape. You can also enter containers with explosives to cause some timely deaths, but most often it only stuns the humans so that you can finish off others in the area before they start shooting you.

As you progress through the facility during your adventure the security gets a lot tougher with automated turrets, shielded soldiers, and even water which does not mix too well with Zero’s biology. Luckily as you collect grubs, a tasty alien treat, you are able to upgrade your abilities making them much more powerful and useful.  Zero’s upgrades are broken down into six categories: Movement, Warp, Frag, Echo, Swap & Launch and Other.

Your movements can be upgraded as you can speed Zero up or make Zero undetectable to human ears as he walks around, which does make it a whole lot easier to sneak up on an unsuspecting human. The speed upgrade wasn’t that useful aside from the fact it sped up the gameplay a little bit. Warp upgrades are much like movement where you can speed it up or become silent as you warp from object to object. Both of the warp upgrades have their advantages but I ultimately went with stealth, as it is the more affordable upgrade of the two and just didn’t find enough grubs to get movement as well.

A frag upgrade improves how well you kill, and in this case it makes your frags not only silent, but also traceless. Mind you, this can become a negative if you want to lure soldiers into a trap, but luckily there is the Echo ability for that. With Echo you project an image of yourself to distract the enemy which comes in handy of getting them to target one another without putting yourself in harm’s way. The two upgrades for for Echo are Echo Mine, which can target a group and stun them for some quick frags, and Echo Blast which is a much more targeted weapon than the mine. Lastly, combined with Echo you have the Swap ability, which allows you to project yourself onto an object, or even a soldier, and swap places allowing you to get to hard to reach places.  You can even upgrade so you can clone yourself as a soldier, turret, etc., as soldiers won’t shoot at their own. 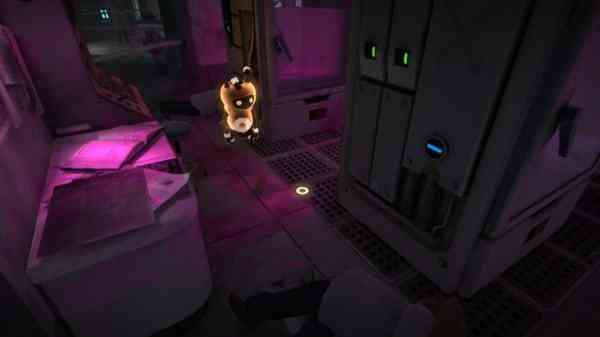 There are other upgrades that don’t fall into a category, but one allows you to quickly recover from losing your abilities whereas the other two unlock grubs and film canisters on your map for easy seeking. Combing all of these upgrades and abilities definitely creates some unique puzzles that definitely will take more than one try. Luckily the save points are close enough that this doesn’t become frustrating, but not so close that difficulty is too easy.

Warp isn’t just about puzzle solving or blow everything into tiny little pieces game as there are some challenging boss characters that throw your puzzle solving abilities into overdrive as you try to defeat them with the items in the room. Often this will take a few tries but it is greatly rewarding when you do solve the puzzle.

There are also challenges scattered throughout the levels that are unlocked in the main menu.  Once you find them you can replay them and compete against friends on the online leaderboards.  These challenges are based around abilities like Warp and Fragging and give a time frame to beat and earn Gold, Silver, and Bronze awards for each challenge. Although it is a lot of fun to compete against friends the built in times to complete the levels seems almost impossible and daunting to even bother trying to get those awards.

Although I enjoyed my time with Warp, and could not find too many negatives to report, it still seems a bit average when compared to other puzzle games I have played. If you are a lover of puzzle games and are looking for a new challenge to tax your mind, then Warp is most likely a title for you, otherwise you might just want to try the demo first to make sure to make sure you’re not getting into something that you might regret.