Shortly after the release of their last piece of DLC, Total War: Warhammer has another in The Grim & the Grave expansion pack. Unlike the last one, this is priced at $8.79 which feels like a much more reasonable price. It also has a very similar amount of content on display but lacks a narrative campaign

If you know Total War: Warhammer, then you knew how this game plays. The new lords, heroes, and units blend well with the game mechanics and remain balanced with the more familiar offerings. They also add to the existing aesthetics of their factions without clashing with the established roster. The armies still look uniform and nothing feels out of place.

“The support units on both sides help to fill in gaps that were previously missing.”

Many of the new offers add new support characteristics. The vampires in particular have some great support pieces in the Corpse Cart and Mortis Engine which both cast a field of regeneration. The support units on both sides help to fill in gaps that were previously missing. Both sides get awesome new cavalry as well, although it could be argued that neither needed more fast flanking units.

One of the most striking additions are the Regiments of Renown which are beefed up versions of the normal unit types. They are generally bigger in numbers and stronger overall. Some have excellent abilities as well which make them worthy of their increased price. 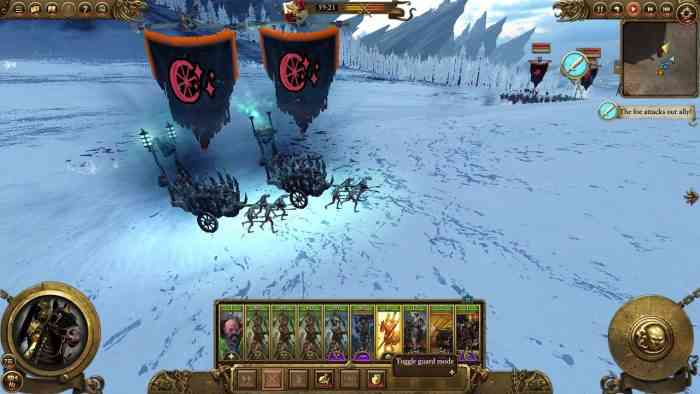 This pack sadly does not contain a narrative campaign. This was a misstep as two of the new lords are talked about as bitter rivals and that would have been interesting to play out. It is also worth mentioning that while both sets of units look great and are fun to use, the vampire units have a more significant impact on their faction.

“The ghoul king can crush almost every lone unit in the game and has great support spells as well, he is tragically under-rated.”

The aforementioned carts are great at bolstering the already impressive regeneration of the Vampire’s core units and the Stirgoi Ghoul King as absolutely devastating in one on one combat. The ghoul king can crush almost every lone unit in the game and has great support spells as well, he is tragically under-rated. The Empire units simply don’t stand out on their own; they fit in with the original units but none of them rock the boat or change the faction’s core strengths. 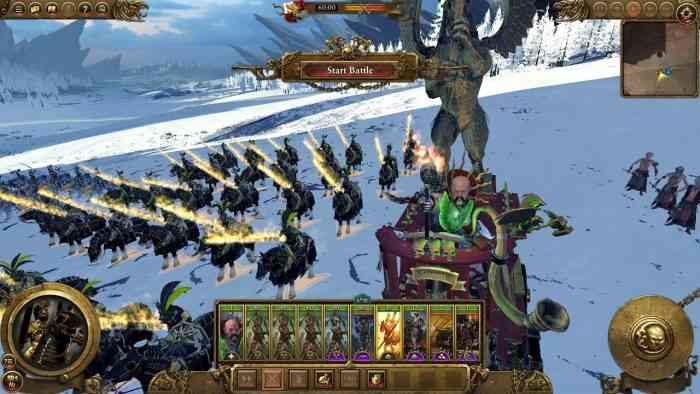 This expansion is a great buy for players of either the Vampire or Empire factions. It is a more modest price then the last piece of DLC for almost the same amount of content. While the additions favor the Vampires, both sides get some cool new toys to play with. It’s a great expansion that is sure to tide players over until the next race is introduced. 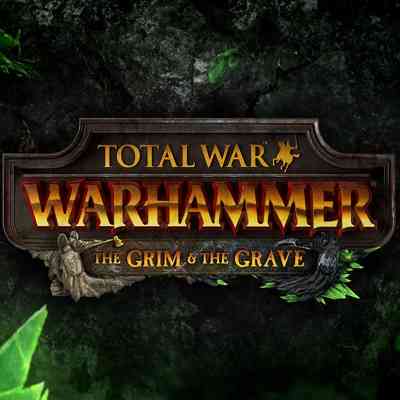 
Sonic Origins Will Speed To Current-Gen Platforms In Late June