Here we go again. Yet another Walking Dead property in an endless stream of properties trying to cash in on Robert Kirkman’s landmark comic saga. Surely we’ve seen and done it all at this point, right? Not exactly. The Walking Dead: Saints & Sinners takes the most familiar apocalyptic scenario in history, wraps it in an intriguing VR coating, and might just be the experience that pushes fence sitters to finally pick up a headset.

Most VR stories amount to “shoot/throw stuff at those thugs/aliens because reasons”, so I was pleased to see something with half a brain (braaaaaains) here. The deep south tale of Saints & Sinners has plenty of morality baked in, and I found myself carefully considering my options in a way I wouldn’t in your typical shooting gallery. No spoilers here, but suffice to say the heaviness I’ve come to expect from a Walking Dead experience was mostly intact here.

More Story Than Most VR Games

Being more story driven than I expected, Saints & Sinners’ challenge is a stiff one. VR games have so far struggled to build environments and scenarios deeper than your average puddle. The reason for that is simple. Being in VR for more than an hour or so at a time isn’t pleasant for most people. Motion sickness creeps up, loved ones pack their belongings – it’s impractical to be in VR for hours at a time. Saints & Sinners does a nice job of delivering the story in self-contained chunks, but also manages to avoid feeling too disjointed if you play on through a natural breakpoint.

Saints & Sinners does an outstanding job of building atmosphere. Stylistically it sits somewhere between the Telltale games and the grittier comics, and the world feels just as lonely as you might expect. From spooky, dilapidated houses to creepy graveyards, wandering around the world is genuinely creepy. Spatial audio is used to brilliant effect too, making forays into unknown territory super tense.

Where things fall down is in depth. Areas look open, offering tantalizing opportunity, but I found myself let down often by frequent invisible walls. They’re mostly well hidden, but they do break the immersion. If you’re the kind of gamer that pokes around endlessly, this sort of thing might bother you. For me, I was usually able to maintain the illusion. 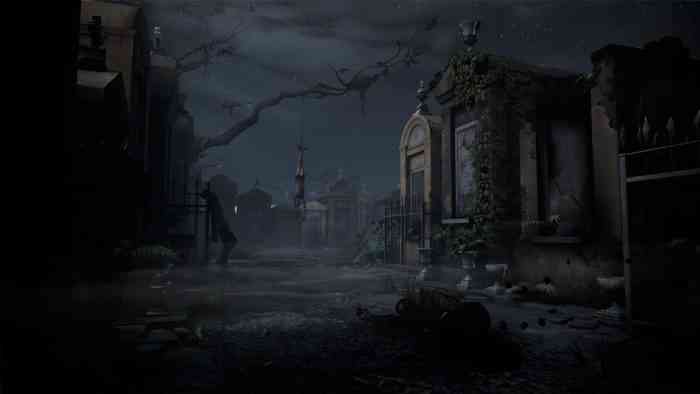 The zombies helped that. The trope is more than played out, I agree, but make no mistake: there’s nothing quite like being swarmed by legions of the dead in VR. Combat in Saints & Sinners is horrifying, just as you’d imagine jamming a screwdriver into a zombie’s head might be. Shooting takes some patience, and the lack of bullets on hand left me with some truly sweaty trigger fingers. The brutality is so complete that you’ll often have to shake the zombified remnants off of your weapon. It’s gross and brutal, and pretty darn thrilling.

There’s a weight to the proceedings, and becoming overwhelmed by the walkers is a real possibility. Frantic flailing and complete panic won’t help you here – planning and deliberate decimation of the hordes is the way to go. The AI isn’t anything to write home about, though, especially when it comes to humans, which I think are too numerous in Saints & Sinners.

Movement follows what’s become the gold standard of getting around in VR, and I found a combination of smooth left stick movement and snap turning to be relatively comfortable. Unfortunately I can’t say the same of the stealth mechanics, which don’t work like you’d expect and left me feeling like the bottom half of my body was underground. 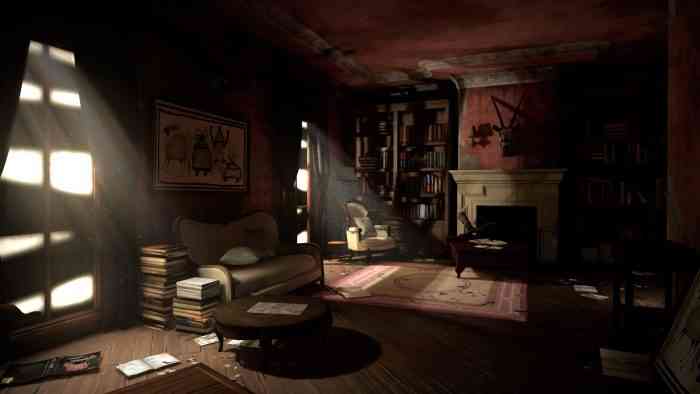 As a survival RPG kind of thing there’s obviously crafting, which works like just about every other crafting system out there. Collecting materials and crafting functions just fine, but the minimal VR HUD forced me to reference the journal more than I would’ve liked, and I found that item descriptions didn’t show up consistently when holding things up to have a look at them. Similarly, trying to flip journal pages or click on journal items is imprecise as heck. Normally I’d chalk that up to headset tracking, but when the combat is so exact these UX problems feel way worse.

But is Saints & Sinners fun? Yup, it is. It offers a lot of flexibility in approaching objectives, and for me that was the key that pushed this game from pretty ok to quite good. Early on, I climbed up a drainpipe instead of crawling into a basement, allowing me to get to an objective more easily. That’s standard stuff in just about any action game, but I’m ultra pleased to see a system like that well implemented in VR.

At the end of the day, The Walking Dead: Saints & Sinners is a satisfying action RPG with reasonable writing, fun scenarios, and the opportunity to hit zombies with barbed wire baseball bats. That it happens competently in VR makes me feel good about the future of such experiences, even if there are some usability troubles. If you’ve already got a headset, giving Saints & Sinners a shot is a no brainer. If you’re still on the fence, well, it might be about time to hop down.