I never owned a PSP in its heyday, so Patapon is a franchise I missed completely. I knew nothing about it until checking out Patapon 2 Remastered, recently released on the PlayStation 4. For the uninitiated, there are three Patapon games that crushed the scene in the later 2000’s. Part of me wishes I had invested in a PSP back then, so I could have been part of this historical zeitgeist of dance strategy.

In Patapon 2 you are a god of an army of eyeball creatures known as Patapons. You get to choose your name, but it can only be four letters, so I’m the god Rick instead of the mighty god Ricky. Oh well. As god Rick I choose a tiny army of spearmen and go forth to battle in this quirky 2D dreamscape. The premise is they’ve crash landed on their quest to Earthend and now must fight to continue their quest and grow their numbers by rescuing those lost to the island.

Attack to the Music

Commanding your troops in Patapon is done through the music. Each face button is mapped to a different percussion instrument. You combine these instruments in a combo of four button presses to get your minions to attack, defend and charge. The game starts simple: for the first while you’ll be moving forward, attacking, and doing some defending. As the hours progress, you’ll unlock more unit types and even a hero class that can do some heavy lifting in fights. My mighty but fat hero served me well on many occasions, becoming a staple in all my battles.

Other Patapon give you variety in your army compositions. Some wield big large weapons and get to do damage up close. Your more standard fare of Pons throw spears at their opponents. The game eventually builds over time in a way that you’re constantly moving through different rhythms, juggling all the commands at your disposal to inflict maximum carnage in a gleefully weird world as your many armies of cheerful Pons unleash chaos. Heck, there’s even gear you can outfit your soldiers with that carry different stats, giving more depth to a game all about the drum beat. 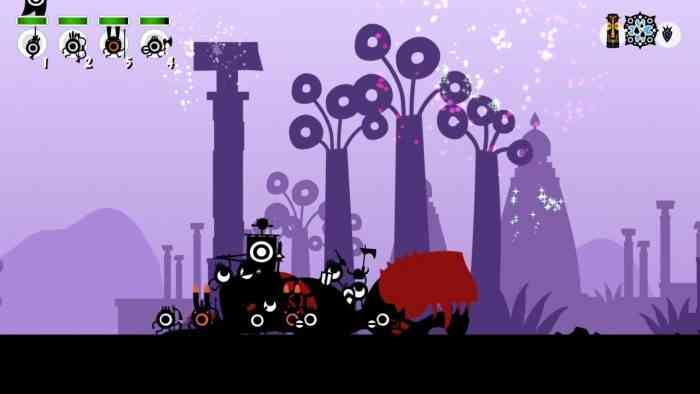 Overall Patapon 2 is incredibly charming. The songs get stuck in your head, and for the most part it makes the transition to the big screen with flying colors. If you’re a fan of this series then you’ve likely already bought this sequel and are working your way through the many, many hours ahead of you  in order to save your friends.

Move to Your Own Drum Beats

If there’s any gripes to be had, it sometimes feels like the music doesn’t quite line up to when you need to press your drums, but the game is forgiving enough in timing it doesn’t hurt you too much. Either that or I have absolutely no rhythm whatsoever, which if my girlfriend had anything to say about my dancing ability, this assumption would be absolutely correct.

Patapon 2 is a fun game of its time. It still feels like a relic of the PSP days with its big chunky menus and relatively straightforward gameplay, but if anything sets itself apart as much to warrant its own remaster, it’s the charm that comes through loud and clear. I enjoyed my time with my Patapons. It’s not a game I’d play forever, as my tastes have changed over the last decade, but if you need any reason to get back in, then look no further my god friends. Pata, pata, pata, pon! 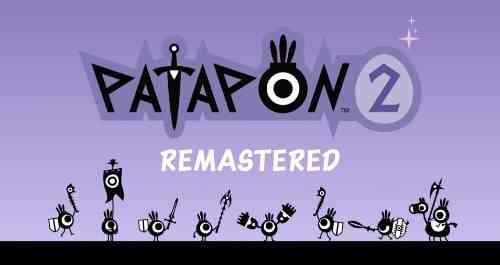