Volta-X is a strategy game with plenty of action and casual battles that involve cute animals, colorful robots, and lots of loadout combinations to try. It may not captivate players with a compelling storyline, but its eye-catching character design and simple-to-understand instructions make it a welcoming experience. Strangely, the game decided to make most of its playable content online, but if you stay connected then you’re going to have a good time. The real-time strategy of the game poses a good challenge, and players of all skill levels will feel engaged with the battle even if they may not be staying for the plot.

Our protagonist is you, a lucky individual with a hidden talent for piloting and battling Voltas, which is the name of the robots. The game starts off with you in a jail cell, for a reason I will keep a secret for now. In fact, if you’re curious to learn more about the events leading up to this opening scene, Volta-X is on the Webtoon app – a brilliant, quick-paced 14-chapter prologue that works well to set the stage. Of course today we are not reviewing the comic, but it is highly recommended to give it a read so you can fill in some gaps (or maybe find yourself enjoying the art style and wanting to play more). The premise is simple – battle it out in the Volta Grand Prix with the World Volta Association, become the champions of the league, and fight actual battles against kaiju and other odd calamities in the world.

Without a doubt, the most commendable part of the game is undeniably the artwork and detail in the character and robot designs. It instantly drew me in, and works well as both a comic and a video game. A mix of chibi anthropomorphic protagonists and solid mechas with customizable shell colors, the art style makes Volta-X feel less intimidating and more welcoming to a broader audience. Design plays a huge part in whether someone picks up a game or not without knowing anything for the first time, and I think the team here hit it out of the park with its playful colours.

Your Career as a Volta Pilot

The career mode begins with an easy tutorial that shows you the ins and outs of piloting a Volta. Very quickly you will realize that the controls aren’t hard, but thinking about what to do next is the challenge. Even though the first few battles are sure wins, it gets more difficult where you can lose again and again until you have the right weapons, upgrades, and strategy to fight back. Of course, it’s never that easy, but with a few upgrades and some strategizing, your team is bound to win eventually. 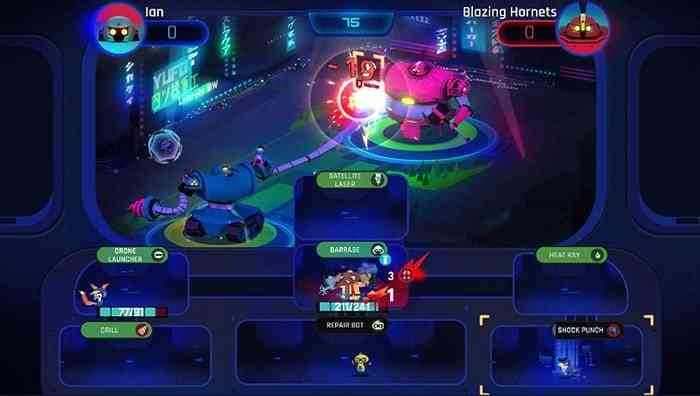 To pilot the Volta, you can have two other teammates inside the robot with you. Each character is placed in one part of the mecha, be it the arm, the head, or other weapons you’ve equipped. As the main player, you are in charge of assigning tasks to your teammates during battle, which include repairing damage, manning weapons and machinery, and ensuring everyone escapes to a safe place when an attack is being launched by the opponent. It is not a turn-based battle, so a lot of decisions need to be made on the fly while analyzing your enemy’s attacks and strategy.

In between battles, you can customize your Volta and return to your home base to upgrade your parts and let your teammates rest. At base, you can build new rooms and assign your teammates to different stations by creating a schedule for them. For example, you can make someone upgrade weapons in one room during the daytime while someone else eats, and then assign them to take a nap in the afternoon while someone else continues upgrading parts for you. There are a variety of activities to do, and the main thing is ensuring everyone is involved as that increases your team’s happiness level.

Keeping the Fun at Home

Although the game has many positive aspects to it, there are limitations as well – the most obvious being its online mode. A majority of the game is available only if you are connected online, and while there is an offline mode the actual storyline cannot be enjoyed there. This means if you choose to play this game while on the go, you won’t be able to advance in the story. The offline option isn’t bad though it can be quite repetitive, and maybe best suited for those who have already completed the game or are looking for a different challenge. But if you’re hoping to upgrade something or advance in the league while you’re on your bus ride home, you really can’t do that. 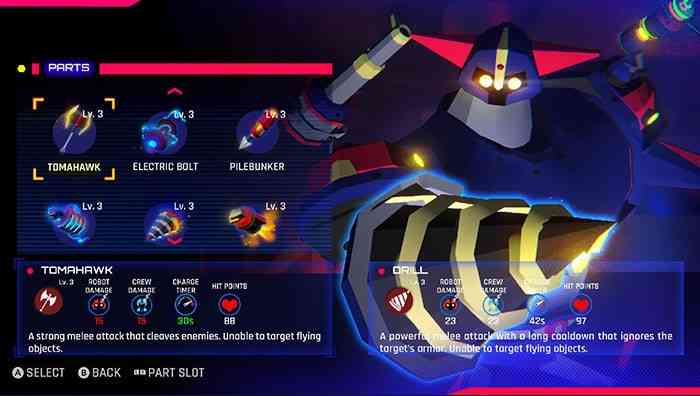 Despite this all, if you are able to play online or if you don’t mind a somewhat repetitive offline mode, Volta-X is a lot of fun. With real-time strategies challenging your every move and fairly interesting battles to keep you engaged, the level of thinking and fun involved is just enough to feel productive and entertaining. There isn’t much variety in terms of what you actually do, so it may not be the game to play for a prolonged period of time in one sitting. However, it is a nice strategy robot battle game, and with the capability to customize your bots with different loadouts, this helps with making each battle somewhat unique.

Volta-X has its enjoyable moments and provides a decent strategy experience with a fair level of difficulty. Since I like to take my Nintendo Switch with me when I head out, I do wish the offline mode had more content but nothing’s stopping me from playing this when I am home. Even though the story may not have been the wow factor, I can feel a lot of love was poured into the game, and this is evident in the smooth controls, colorful designs, and of course, the webcomic. Though battles can feel repetitive after a while, its intuitive controls make it easy to put down and pick back up the next day, and Volta-X is enjoyable enough for you to want to do so.

*** A Nintendo Switch code was provided by the publisher*** 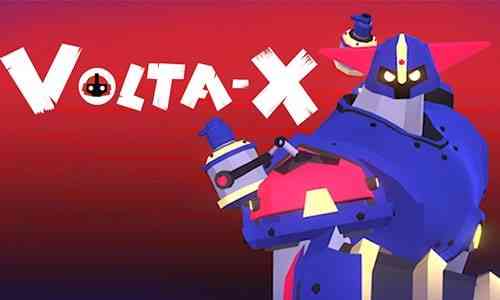