Once upon a time, Hideo Kojima had a working relationship with Konami and he made the batshit crazy and utterly terrifying game demo, P.T. Unfortunately, P.T. was never anything more as Konami became a pretty exclusive slot machine manufacturer and Kojima went on to make Death Stranding, leaving people to hoard P.T. for the gold that it was. I mean, I know people who won’t give up their PS4 because it has P.T. on it, that’s how crazy people went over this demo. The premature death of P.T. is now something akin to an urban legend, but the guys over at SadSquare weren’t going to just let it fade away into the haunting shadows. They hunkered down and got a Kickstarter going for their own game, inspired by the legendary demo. What they came out with is Visage, the hands-down most frightening experience of my life.

Visage takes place in the 1980s as Dwayne moves through an old house, reliving the haunted experiences of the people who have lived there before him. As you explore, you run the risk of dying, being killed by ghosts, or going completely insane – hopefully, you can solve the mystery of the house before any of that happens.

Sum of all… Fears?

The style of game is familiar – it’s an investigative game at its core as you try to piece the story together, of course, mixed with a HEAVY dose of horror. Think ‘The Vanishing of Ethan Carter’ mixed with ‘Heavy Rain’ via P.T. So, it’s good, is what I mean. Yes, the controls aren’t exactly the smoothest or as polished as I would have liked but it’s also not a game where you can do a whole lot that requires the slickest of controls. Some people may also be put off by how plodding the navigation of the house can be, especially since the layout of the house is not only structurally confounding but also quite expansive. However, the slow exploration is one of the greatest assets of the game, building tension with a slow, methodical walk down an ever-dimming hallway…

From the get-go, Visage lets you know it’s hard, via a handy message before the game. The game is also definitely not for the faint of heart, as you execute an entire family (children included) before turning the gun on yourself… in the opening cinematic. As you explore the house, taking note to dig through all the nooks and crannies, you find resources that you will NEED. Light bulbs used to fix the lights, candles and lighters so the dark doesn’t drive you insane. Pills are used to keep your psychosis at bay so you don’t go insane. Extra pants for when you slowly make your way down a hallway as a cacophony of sounds come from the kitchen, and some insane lunatic ghost jumps out from around the corner, screaming at you at the top of his lungs! Okay, maybe the extra pants were just for me. Look, a lot of the game is trying not to go insane, alright? When it comes to psychological horror, prepping your subject that his entire goal is to NOT lose his mind is an excellent and effective method to institute trauma. 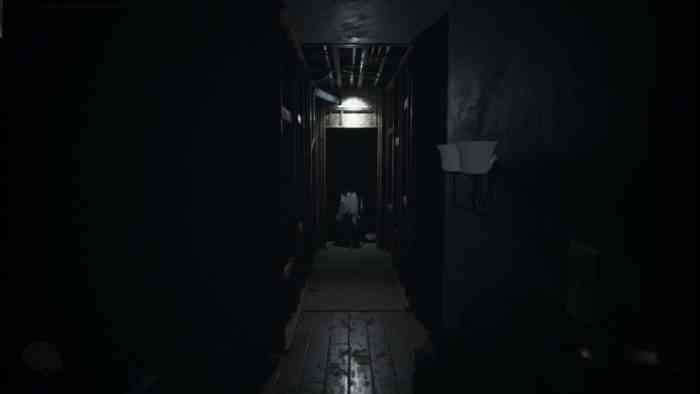 So, the gameplay relies heavily on atmosphere and the plot is the main catalyst for propelling the game forward. It’s also a horror game that isn’t supposed to be just tension and plot points. So, how does it stack up? Honestly, I have never been so petrified in my life. You know those deep, guttural screams that you have no control of when they come out and you think ‘was that me!?’ when you hear it? Yeah, that was every 30 minutes for me. Everything combines for a nightmare-inducing trip that is going to take some time for me to get over. The methodical approach you need to take to play makes you hyper-aware of everything around you. The music and plodding pace of your character create a tense and paralyzing atmosphere. Then, the lights go out, you lose your grip on sanity, and children missing pieces of their damn skull come out of the shadows while you panic, desperately trying to remember how to turn a fucking light on. That’s one of the lesser jumps, mind you. I won’t even get started on the basement.

In the end, the payoff for the story isn’t amazing but it works well with the game, and since I can’t think of a different way it could have played out, perhaps I’m just nitpicking. As a psychological horror that uses one of the most iconic horror games of the last-gen as its inspiration, it works incredibly well. I never thought walking down a hallway in a game could fill me with such dread, but every single staircase, hallway, and door ramped my anxiety all the way up. In all honesty, for the first couple of days, I could only play it for 10 minutes at a time before I had to call it quits. As someone who watches horror movies all the time, getting me to tap out before you even scare is a feat to be proud of. By that measure, Visage should be bursting with pride!