Vicious Circle is Rooster Teeth’s debut in the gaming market, presenting us with a crude and hectic addition to the multiplayer survival genre. Prior to release I was eagerly awaiting what I imagined to be a quirky and cartoony version of Dead by Daylight, unfortunately a serious lack of diverse content and character imbalances makes it feel like this title would’ve really benefited from more development time.

Vicious Circle has a simple premise; you and 3 other mercenaries need to collect 75 nuggets and capture an evacuation point before being mercilessly slaughtered by a sadistic beast. The beast is an enraged, mutant chicken going by the name of Peggy Sue, and she alerts players of her presence with a nightmare inducing battle scream. Seriously, this audio clip will haunt you. Based on my personal experience with the game, you can expect to be slain by Peggy Sue the majority of the time, as the monster character feels overpowered at the moment. There is one caveat though, after being killed, you actually get to come back to the world as a Lil’ Dipper, which is an agile mutant spawn with flailing, stretchy arms. If you can get close enough to another mercenary, you can actually steal their body back and have a second chance at winning the match. This is where one of the largest design flaws comes into play, as I actually enjoyed flying around the map as a Lil’ Dipper more than actually trying to win the match.

Can You Say Mismatched?

The four optional mercenaries seem to be based almost directly on Overwatch characters (or it felt this way anyway), and the balancing problems are readily apparent. Most of the time, only one or two different mercs are present in each match. Your options for mercs are Captain Boom, Zella, CR45H & BURN, and Blitz. Zella and CR45H & BURN are the go-to choices to have the best chance at surviving the large, murderous chicken. Zella allows you to become invisible for a short time, which is invaluable when trying to escape, and CR45H & BURN offers a nice area effect main weapon, which makes collection of Nuggets much easier.

While overall I did find myself enjoying the matches at times, gameplay ultimately felt repetitive and unrewarding. Feeling powerful as one of the mercenaries is rare, but it does happen at times when Peggy Sue seems more occupied at the other side of the map, and other players in the match seem new to the game or less experienced. Unfortunately, this feeling is far and few between, as it was one of the most fun aspects of the game outside of flying around as a Lil’ Dipper. I would be interested in playing more once the balancing issues have been dealt with for the future. 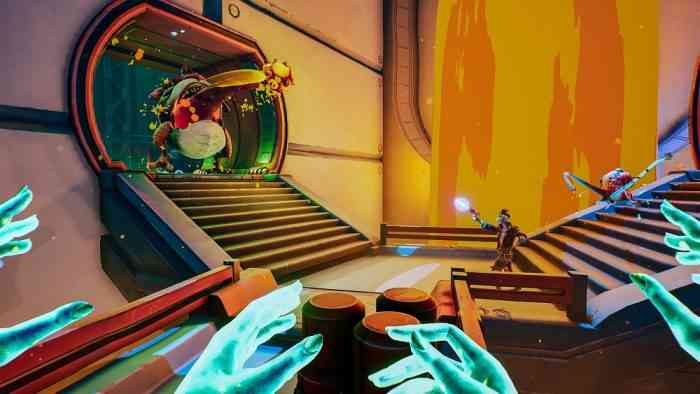 One of the most confusing aspects is the leveling system. There is a progression system present in the game but overall it feels unfinished and very unclear about how and why you should be leveling up. After playing many matches, I remained at level 2 and I felt like I was completing in-game challenges, yet I was not gaining overall experience. This system could benefit from some serious retooling for the future to clarify how the system works, actually make the win mechanic feel important, and to offer clear and exciting rewards for reaching a new tier. From what I could gather within the game the only benefits of reaching new levels are new skins, emotes, and sprays (another Overwatch feature). The skins are alright but nothing that would cause me to want to grind out a ton of matches to earn.

In Need of a Stronger Foundation

While many of the technical aspects of this game have missed the mark, the gameplay itself feels pretty smooth and the visuals are nice. The tone and quirkiness of Rooster Teeth certainly comes through in the design and dialogue so this was a pleasant aspect while I was constantly dying via a bloodthirsty Peggy Sue. Taking all of the technical problems with this game into account it does feel this foundation could be formed into a much more cohesive game as it progresses. In fact, it almost seems like this was Rooster Teeth’s plan all along as almost immediately upon logging in you are hit with a message talking about future content. As a gamer I would have appreciated more upfront content and polishing to help hook me on the game for the future.

Looking back the initial release of Vicious Circle seems like a bit of a letdown but I do think Rooster Teeth is going to be committed moving forward to enhancing the experience. While currently I would be hesitant to pay full price for this game at $22.79 CAD I would be interested to see how they build this tiny world and I could very well see it becoming a completely different story after a few major updates. For now, just try and listen to that deafening Peggy Sue wail sound clip on YouTube. 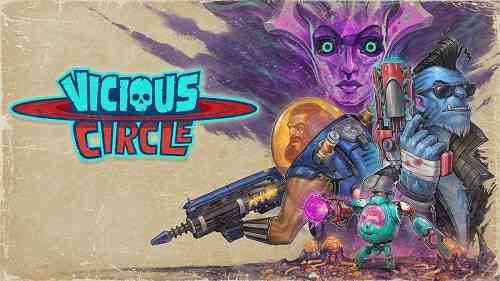