More and more it’s becoming commonplace to game with some kind of headset. Whether it’s looking to eliminate distractions, to magnify the immersion in gaming, or simply to get the best audio quality out of the experience, you would be hard pressed to find a surround sound system that can rival the direct and crisp detail of a good headset. Pro gaming headsets aren’t cheap, but you definitely get the quality you expect with the price tag over bargain brands, and in my experience, Turtle Beach has always put out an exemplary product that surpasses my expectations. With their latest headset – the Elite Pro 2 Gaming headset with SuperAmp – I was interested in comparing it to my previous set of Turtle Beach headphones and I was not disappointed.

First and foremost I noticed the weight right out of the box; it is incredibly lightweight and when slipping the headset on I barely noticed it at all. Sinking a good five hours into gameplay with the headphones on I quickly forgot I was even wearing them, which is an impressive feat not only due to their lightweight but the lack of warmth, sweat, or irritation around the ears. Turtle Beach has been good about paying attention to comfort and I even dared tackle a lengthy Netflix binge with these bad boys on and was comfortable the entire time.

Pro gaming headsets often come with some form of audio controller, letting gamers tweak minute details to the audio quality on the fly. The Elite Pro 2 features the SuperAmp, a small and simple wheel for volume in which all of the audio is adjusted through a free app connected via Bluetooth. This does allow for a lot of customization options as well as some simple preset modes for those less knowledgeable in the finer dynamics of audio tuning, but it felt a little awkward to me. I played on a variety of audio modes and while each one was distinct, it was bothersome to unlock my phone, load the app, tweak and save the settings, and then continue. True I could leave my phone in an unlocked, always-on state but then I have to either make sure I have a decent charge or have it charging as I play. For someone like me the best option is to find the audio setting that works best for you and leave it alone, as the app doesn’t need to be open for the connection to work, it simply needs to be paired via Bluetooth. 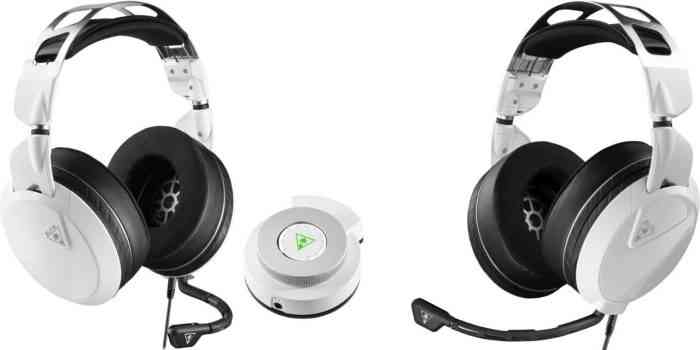 For those who take their gaming audio more seriously, this could be a big hindrance. Rather than having a quick shift of mic audio at the flick of the wrist you need to take time away from the game to fiddle with your phone. While it does make the SuperAmp more sleek in its design, a few quick select buttons on the side could have made all the difference for pro-gamers who want to use this as intended. The SuperAmp is designed to be simple and portable, featuring only a volume wheel and the Turtle Beach logo which can have its color changed via the app. The cord from console to amp and amp to headset is ridiculously long which I found very refreshing as I don’t have to worry about sitting close to my TV or turning my head and pulling the amp off of the table.

When it comes to sheer quality of sound, the Elite Pro 2 has it in spades. Extra bass settings make combat even more intense, with a truly immersive surround-quality experience. There is a Super-Human Hearing mode as Turtle Beach has featured before, yet in the games I played this seemed to add more static than anything and detracted from the feature altogether. It’s also important to note that with most headsets I need to put it on the largest setting to sit comfortably, but the Elite Pro 2 was already the right size on its smallest setting out of the box, so gamers who frequently find a little too much pressure should be pleasantly happy. 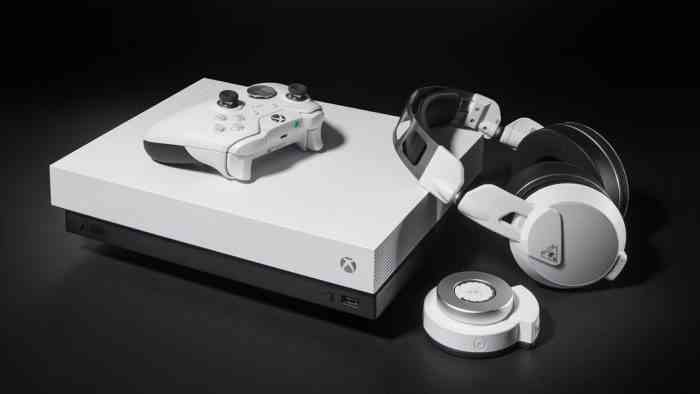 A final added feature to the headset is removable plates over the earpieces. These are held in place with a few magnets and at first, I had no idea why these were even a thing. It wasn’t until I looked more into the Turtle Beach website that I saw they plan to release a number of interchangeable cosmetic plates this holiday season, allowing you to have a more customized look. While this is neat and all, the perfect white shell looks sleek and clean all on its own and I’m not sure I would want to swap it for anything else personally.

The Turtle Beach Elite Pro 2 and SuperAmp headset has been a huge step forward since my last pair of Turtle Beach headphones. Feeling light as a feather with no irritation even after extended use, the quality of the audio pulls me into any game I played and kept me far away from the real world. While using the app to set the SuperAmp seems like a neat idea to keep the amp itself sleek and manageable, I feel like pro-gamers will be annoyed at the extra steps to tweak their audio experience. For the casual gamer who wants high quality, finding the perfect setting to leave it on will make all the difference between this set and any other you might have. I look forward to forsaking my speakers and getting lost in the superior quality of this headset for the next several hundred hours of gameplay ahead of me.

**Xbox One Headset provided by developer** 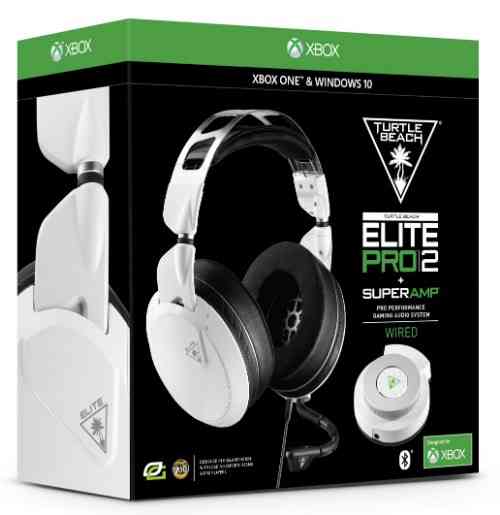