I unwrapped the Turtle Beach Elite Atlas Pro Performance Gaming headset with no idea of the journey ahead of me. I opened the classy packaging to reveal a sleek black headset that I found easy to put together. Wanting to try my new gear on a game that would properly utilize the headset’s mic and audio, I booted up Overwatch with all of my five hours of gameplay.

Now, Overwatch is all I do. When I’m not playing it, I’m thinking about it, and it’s even leaking into my product reviews. Is the Turtle Beach Elite Atlas Pro Headset to blame for my spiral into video game addiction? Probably not, but hey, at least Blizzard’s two-year-old game sounds fantastic through its Aerofit ear cushions, which boasts smooth athletic fabric combined with memory foam, combined with some fancy strips of leather to help keep outside sound out.

The headset looks fantastic. It manages to both be obviously very nice gear without being ostentatious about it, a tricky combination to manage in a world where products with bright backlit keyboards and logos dominate. The subtle black cushions and the silver metal headband all contribute to a sleek design. And hey, if you want something a little bolder, the ear plates can be removed to be interchanged with more designs coming this Fall.

The mic is very malleable, and can be quickly twisted into whatever position you need it in. I personally didn’t feel a difference with the innovative design for allowing room for glasses, however, which I found disappointing after going to all the trouble of adjusting them. Overall, though, the sound quality for both the mic and the game audio was fantastic, and I never had a flaw in my ability to hear thirteen-year-old boys scream for Mercy. I don’t normally speak in team chat for a number of reasons (they pretty much all boil down to gender) but when I did, no one had any trouble understanding my swearing. The surround sound advertised by Turtle Beach is very present, and it really was immersive. 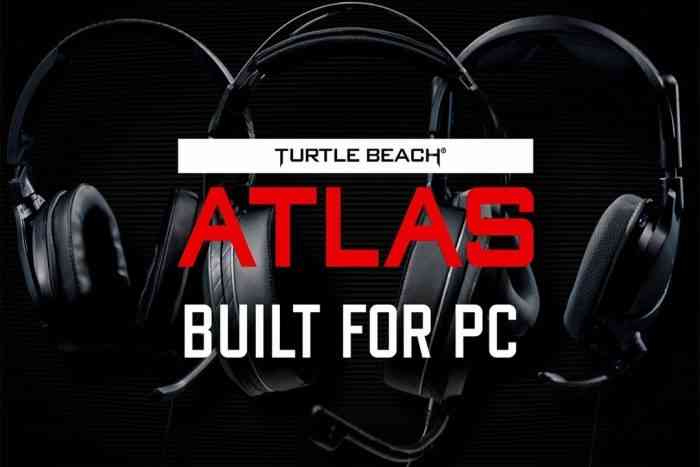 How does the Elite Atlas Pro hold up after several hours? Well, don’t worry, because I have found out for you, all for the science of the review and not at all from playing into the early hours of the night because nothing but God can stop me now. I have to admit, my ears got a little sweaty after several hours of use, and I did find myself adjusting them, glad to feel the wind in my hair as I ran to use the bathroom and to grab my fifth Vanilla Coke. While it’s one of my only gripes, it is one to consider, since the Elite Atlas Pro is specifically designed and priced for comfort. It’s the kind of thing I expect with most headsets, though, so it doesn’t bother me too much.

While designed for PC, this headset also works on PS4, Xbox One, and the Nintendo Switch, and while the image of someone wearing this competitively-designed headset on a Switch greatly amuses me, I know that person would be getting great sound. While it was difficult to pull myself away from absolutely bombing as McCree in Quick Play, I plugged this bad boy into the PS4 for a little action as Lara Croft and found that the audio quality absolutely holds up.

All in all, I might not be able to pick the Elite Atlas Pro out in a lineup, but it’s certainly a sleek, nice headset with stellar audio quality and reasonable comfort. I think I’ll be using this headset for a long time—after all, the Halloween Event just started.