Tron fans have been both delighted and devastated by news in the past year. From Disney cancelling the third film in the series to the announcement of a new game, their emotions have run the entire gamut. Called Tron Run/r, is the action game something to celebrate, or is it yet another disappointment?

The answer to that question is more complicated than a simple yes or no, as Tron Run/r is an enjoyable game that doesn’t quite live up to its potential. Split into three different modes, the auto-running platformer packs a surprising amount of depth to its gameplay. Gamers can explore different areas of Tron City while either on foot or riding one of the series’ signature light cycles.

There are 16 different on foot levels for players to check out in the game’s Disc mode. This serves as a perfect introduction to the game, as new mechanics are introduced at a nice pace. Eventually, players will be grinding on rails as if they were Tony Hawk, throwing discs at enemies, running across walls as if they were a parkour specialist, and jumping over barriers. That’s a lot of different mechanics, and the game could’ve easily got complicated too quickly if it weren’t for the excellent difficulty curve.

“Disney Interactive’s latest game isn’t a substitute for Tron 3, but it sure is fun while it lasts.”

Players are tasked with safely getting to the end of each stage, but it’s easier said than done. Only a few mistakes can be made, as the player will have to restart from the beginning if they take 3 hits from either enemies or the environment. The running is fast-paced, and players will have to rely on quick reflexes to determine if they succeed or fail.

What’s really great about the Disc mode is how much the gameplay evolves from the first stage, and by the final stage you really feel like you’ve mastered your set of abilities. Sadly, that final stage comes way too soon as it’ll only take a few hours max to complete it. There’s also not enough content that really lets you show off everything you’ve learned. There’s no epic boss encounters to be found, or bosses at all besides the same lame Tank battle that you’ll see multiple times. Instead Tron Run/r feels like the first half of a really great game that begins to hit its stride and then just ends. 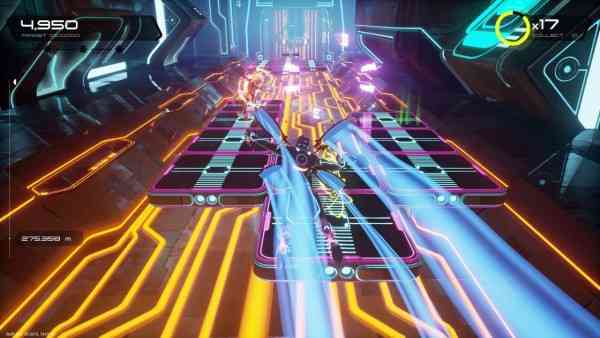 The other mode main mode that Tron Run/r offers, Cycle, has 16 more levels that play considerably different. Instead of jumping through gorgeous levels, you’ll instead be racing against the clock on an awesome light cycle. Taking damage is no longer your concern, as now players are forced to constantly pick up additional time by passing through designated gates.

There isn’t nearly as much depth to riding a light cycle, although the mode is considerably more difficult. While the running missions had a natural progression to them, the Cycle mode starts off difficult, and never lets off the pedal. Be prepared to fail often as you get used to the mode, and while you’ll be doing tricks shortly it never reaches the same enjoyment level as the game’s initial mode.

Finally, both types of gameplay are joined together in Tron Run/r’s Stream mode, which is the game’s  endless variant. Players will go through a procedurally generated level of one of the two gameplay styles, and then switch to the other. This continues until the player ultimately dies. 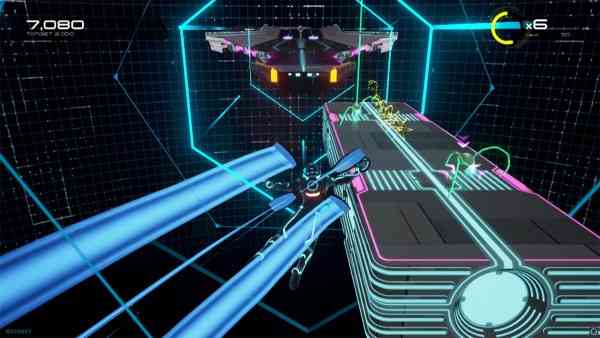 In theory, an endless mode would mean that gamers would always have something to look forward to. Sadly, the trappings just aren’t there to make it a compelling experience. While you can use currency you earn in-game to purchase power-ups, there is nothing game changing that you feel like you need to use. Nor are there unlockables or any incentives to do well in the endless mode. It feels like a heartless attempt to add some much needed content to the package, while completely missing what makes games like Jetpack Joyride so enjoyable.

Disney Interactive’s latest game isn’t a substitute for Tron 3, but it sure is fun while it lasts. The gameplay feels excellent whether on foot or while riding a light cycle, but that just makes the lack of content even more disappointing. Sadly, the experience is over shortly after you’ve begun, and the endless mode doesn’t have the trappings to keep players coming back. Tron Run/r is an enjoyable appetizer, but you’ll be left wondering how good it could’ve been as a full meal. 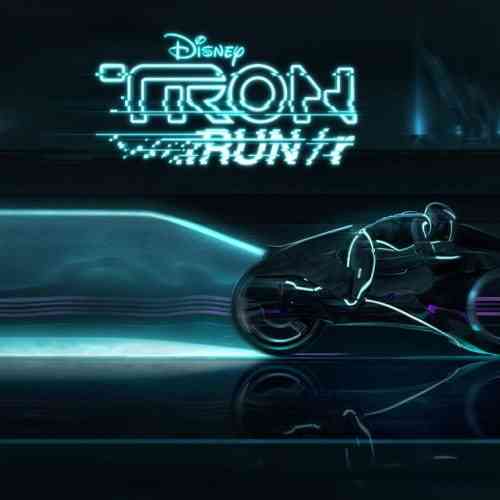