I have been interested in wired headset technology for some time now.  I know wireless is en vogue but with various cell phones, a wireless router broadcasting the Internet, and a baby monitor in our house, my experience with my wireless headphones has been less than optimal as of late.  Enter Mad Catz and their Tritton 720+ 7.1 surround wired headphones.

As insignificant as an unboxing is, when it comes to reviewing product right out of the package I was impressed with the looks of this headset.  Opening the box revealed the polished white design of these headphones, which is presented to you against a black casing making their modern, sleek and shiny look that much more enhanced.  It is a very attractive piece of hardware.  The headset itself looks sleek in comparison to a competitive product that I have been using as my primary gaming and entertainment headphones for the past two years or so. 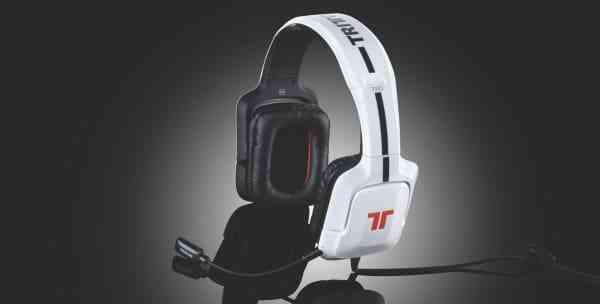 Putting the 720+’s on, the over-the-ear design is super comfortable.  There is noticeable noise isolation, far better than what I have been using to date (probably due to fit and materials).  The ear cups fit quite snugly on your head.  As someone who wears glasses I found that this snugness led to some slight discomfort after extended play sessions of a couple of hours.  Otherwise these headphones are quite comfortable.  The ear pieces rotate the standard ninety degrees for shoulder wearing.

The 720+ also comes with digital audio connection dongle for folks with the older Xbox models like me. This is exclusive to Tritton and a great feature since you don’t have to go out and buy an adapter like I had to do with my previous headset.  The detachable microphone attaches right in to headphones.  There is no elbow piece sticking out when you aren’t using the microphone.  To me this is a nice touch since it keeps the lines of the headphones clean. 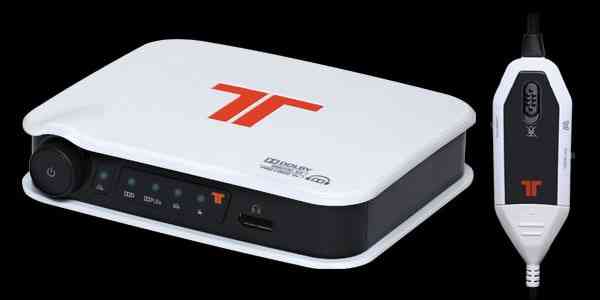 I played various games on both the Xbox 360 and the PS3 when using the 720+ headphones.  I also watched several Blu-ray discs.  While the audible experience is open to wide interpretation based on what different people prefer I thought the sound that these headphones generate is every good.  The 50mm drivers provide good bass even at low levels.  The bass is rich without being overbearing.  As with other headsets so many subtle sounds are captured when you are watching a movie or playing a game.  With only a single speaker for each ear, the 7.1 surround is simulated but offers pretty good spatial representation of direction, not only from the side but what is in front and behind you too.  The separation isn’t on par with what a proper full sized speaker can offer but it is as good as any of the headsets I have heard.

So what didn’t I like about the 720+’s?  On some occasions I noticed that the crispness of the sound gets slightly muddied when there is a whole bunch of action on screen.  This tended to happen while watching a Blu-ray more so than when playing a game.  Also, with two separate volume adjustments I found myself constantly tweaking one or the other.  The solution?  Crank the master volume on the signal processer and fine tune using the in-line volume control on the cable.  These headphones don’t go as loud as you might expect either.  This is more of an observation than a criticism.  They certainly go loud enough for my liking but it isn’t something where you are going to hear sound leaking out if you are a passerby.  Players looking for a headset that they can also use for mobile devices are out of luck here.  Given the proprietary two-prong connector on the headset, you will not be able to use this for mobile gaming. 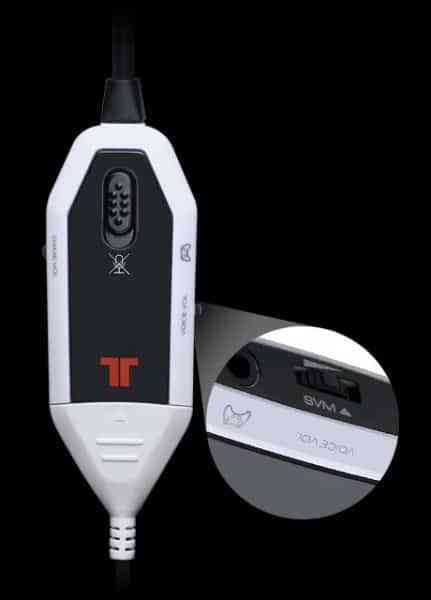 A price point approaching $200 might seem steep at first glance but the inclusion of the HDMI audio adapter for Xbox gamers is worth $40 on its own.  If you’re a PS3 exclusive player don’t let that get in the way too much.  Overall the Tritton 720+ headphones provide excellent sound quality, they are quite comfortable, and they are easy to set up and use.  If you are looking for a solution that frees you from wireless interference, and your gaming/family room allows the cables, then the Tritton 720+’s are a worthy investment.