It has been a little while since I sat down with a decent turn based game.  The last time I enjoyed a game of this nature was April 2011 when I sank my teeth into Ghost Recon Shadow Wars for the 3DS.  At the time I considered it a must own for fans of turn based games and 3DS owners alike.  I certainly acknowledged it was not for everybody; however, at the time I suggested that many should check out the game if they were a 3DS owner and looking for a good turn based experience.  Well much like back then here I am today recommending fans of turn-based games pick up another title, but this time it is XCOM: Enemy Unknown for the Xbox 360.  This game will not only satisfy fans of the genre, but it should appease anyone looking for a deep and engaging strategic experience.

As I mentioned at the outset, XCOM: Enemy Unknown is a turn-based game and is nothing like the other XCOM game that remains in development since 2006.  For those of you who are not acquainted with turned based games, they are games that are exactly what the genre states.  You lead your squad throughout various missions by giving them commands and directing where you want them to go.  You take turns selecting characters and giving orders.  Once you have completed your moves the enemy AI then makes its moves.  This explanation is as simple as it can be.  I should note that the games are much more involved then how I describe the genre as a whole but I think you get the point.  Turn based games are much slower paced than your typical shooter, and even RPG experiences to a degree, but it can be equally rewarding.  For instance, I found it tremendously rewarding to walk away from a mission with my squad intact and the alien forces eliminated.

When you first fire up XCOM: Enemy Unknown it does a terrific job of putting you through the introductory paces as it clearly explains what the game is about.  The first mission gives you some tips and offers up a nice little tutorial in terms of what to do and how to play.  It only took me a mission or two before I adjusted to the gameplay and really felt like I knew what I was doing.  The Commander does a wonderful job telling you where to go while giving you tactical tips along the way, even beyond the initial mission.  It is truly an experience that anyone over 17 years (as it is a Mature rated game) can pick up and play without having much, if any, experience with turn based games.  But before I get into some of the gameplay aspects of XCOM: Enemy Unknown, let me just give you a bit of background. 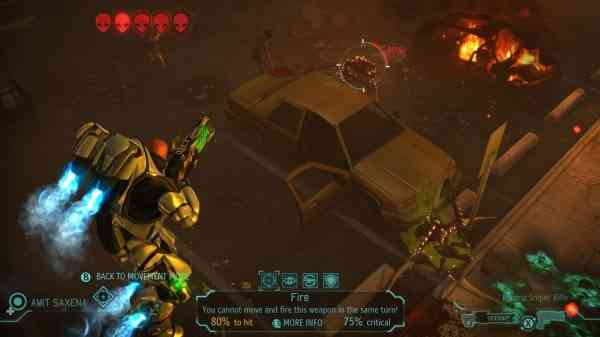 XCOM Enemy Unknown is a reimagining of the classic strategy game that was released in 1993.  I never played the original game but I understand it received its fair share of positive reviews back in the day.  In terms of the storyline, early in the game some kind of extraterrestrial life smashes down in the middle of a city center releasing a toxic gas.  Citizens scatter, and much like ‘War of the Worlds’ the alien invasion against mankind begins.  Threatened by this unknown enemy the Earth’s governments unite to form a secret paramilitary organization known as XCOM to fight against this alien invasion. You control the global defense team and its resources in the battle to get rid of these nasty aliens.  The fate of mankind is in your hands as you create and manage a fully operational base, research alien technologies, plan combat missions and control soldier movement in battle.

As far as storylines go XCOM: Enemy Unknown is nothing special and remains a plotline we have witnessed time and time again.  That being said, I never found the lack of an engaging storyline having a negative effect on the entire gameplay experience for me.  The real enjoyment with XCOM: Enemy Unknown is the tactical turn based gameplay contained within the 70 missions.  I was truly surprised with how much fun I had and how much strategizing I actually had to do.  The enemies are smart and you the game forces you to not only consider your current move, but you also need to think three moves ahead.  It is a tense experience and a challenging one as well.  Enemies will flank you or hit you head on, and you will have to use every trick up your sleeve in order to defeat them and ultimately complete your identified objectives.

Your soldiers do not have an endless arsenal of combat tactics available to them, but the manner in which you can move them around and tactically take down the enemy is limitless.  You can park a sniper on a rooftop for long-range kills or take your rocket launcher and blast a bunch of aliens away in one single swoop.  You have grenades at your disposal or you can order one of your squadmates to suppress enemy fire while you flank with another squadmate.  You will also discover that you can change the camera angles at any time and you learn very early that cover is a necessary tool for survival.  High cover is better than low cover but at least low cover is better than no cover at all.  As your troops progress through the ranks, additional specialized abilities become available.  XCOM: Enemy Unknown is a rich experience and as far as turn based games go the pacing is perfect.  I never found myself getting bored and the challenge was much greater than I initially anticipated. 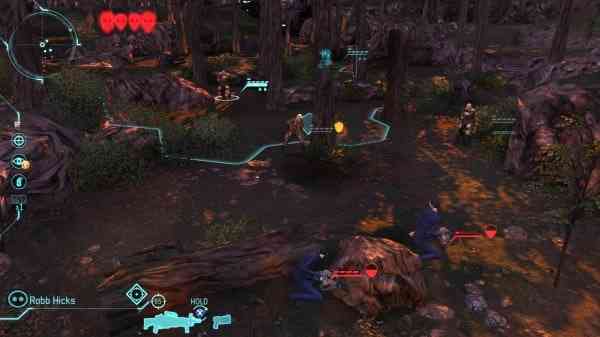 XCOM: Enemy Unknown’s interface is clear and I found myself able to move my soldiers across battlefields with ease.  Each soldier’s movement has a limited range but the screen does outline the range available to those in your squad.  As you progress through the game the enemies get tougher but you will also get a little smarter as you become familiar with the various tactics and controls at your disposal.  I found myself conserving ammo and protecting my squadmates a little more than I did in the beginning and it was fairly evident that this was something good to do.  You are punished for losing squadmates, and likewise you are rewarded with more resources for finishing missions with low casualty levels and high alien kill counts.

Many of the missions involve simple objectives like moving from point A to point B while taking down the aliens that oppose you.  That being said there is a lot of variety from mission to mission.  In one sequence I had to escort a survivor to safety while in another sequence I had to investigate a UFO that had been shot down by one of XCOM’s Skyrangers.  Being able to deploy these air units was an unexpected but nice touch and only added to an already enjoyable experience.  Variety is king and in XCOM: Enemy Unknown you will find a fair amount of it here.

There are two layers to XCOM Enemy Unknown.  The first, and the core of the game’s enjoyment, is completing the tactical missions; however, the second layer to the game is where you regroup at your strategy base.  Here you will recruit, customize, manage facilities and essentially manage all your troops.  You will also expand your XCOM headquarters.  You will develop new equipment for your soldiers and edit their current gear too.  Lab rats will research various alien artifacts and you will manage a team that needs to build a facility that is required to contain a live alien specimen.  There is even a situation room where you can monitor the panic level around the world.  Attention to detail like this only furthers the deep strategic experience where every little aspect behind the missions themselves contributes to the goal at hand.

There is a multiplayer component to the game but I have to admit that it does feel a tad bit tacked on.  In fact I am a little puzzled why the game includes such a mode at all as the online mode is reduced to merely a deathmatch that pits one player against another with squads of troops and/or aliens.  While you are able to customize your troops there are only a few maps available to play on.  There are ranked matches, quick matches and custom matches.  All in all I just don’t see the value in the multiplayer mode, as it simply does not hold a candle to other online games available on Xbox LIVE. 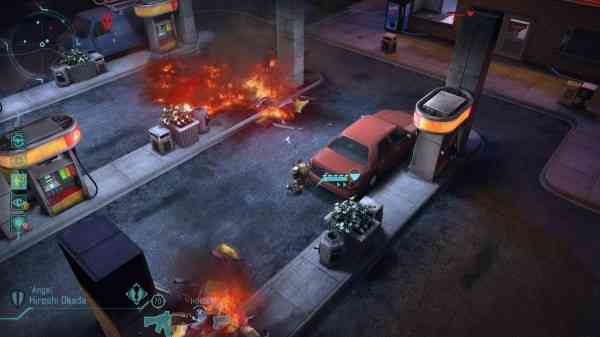 As far as the visuals are concerned XCOM: Enemy Unknown is a fantastic looking game.  The game’s environments and characters are slick and sharp looking.  Much like other triple-A games from 2K Games, XCOM: Enemy Unknown possesses clean looking graphics featuring wonderfully crafted level designs and polished looking environments.  The game’s cut scenes are compelling and not much is lost in transition from in-game play to cinematic cut scene.  The gameplay is smooth and runs without a hitch.  Being a turn-based game, everything runs a little slower but the visuals are not compromised in anyway.

In regards to the game’s sound, XCOM: Enemy Unknown is good and manages to get the job done.  I was impressed with the game’s musical score and I found myself thinking about the in game tunes well after I stopped playing.  They sounded great in 5.1 surround sound as they added to the suspense and tension I felt time and time again when I played.  The voice work is also pretty good.  The Commander’s voice is clear and his directions never left me guessing.  Overall I had no complaints here.  If there is any notable weakness, and it is minor, it is that the special effect sounds and other in-game action sounds seemed bare bones, but I guess that can be expected for a game of this ilk.

At the end of the day I just get this sense that XCOM: Enemy Unknown is one of those sleeper hits in the latter half of 2012.  The smooth interface, sharp looking visuals, and surprisingly tense tactical turn-based gameplay are simply a blast.  Many “run and gun” gamers will likely have little patience for this title, but all other gamers, especially those looking for a game that offers up a hefty challenge and an experience unlike any other in recent memory, should be aware that XCOM: Enemy Unknown is a game that deserves some serious attention.