During recent years, a portion of the gaming community has hungered for more 16-Bit era titles. Despite having access to high powered tech, there’s something charming about dated visuals on a polished gameplay experience. Treachery in Beatdown City attempts to rekindle 16-Bit fans’ love for both classic beat ‘em ups and turn-based RPG’s but fails at both. The typically charming 16-Bit graphics will eventually not be enough for fans of the era to cling to as they beat their way through Beatdown City.

The city is laid out like a Super Mario Bros. 3 stage, with a specific path you have to follow that ocassionally branches and points of interest that spark encounters and interactions. The interactions in this game are the true highlight as the dialogue doesn’t coherently link a fulfilling story together but each conversation observed independently is entertaining. The main characters seem inspired by wrestling, but side characters in the game are even stronger references, with Farooq selling food from a cart and C.T. Punk trying to get his hands on crystals. This isn’t a PG story but it’s also barely a story beyond the opening cutscene.

Belongs in The Past

Treachery in Beatdown City begins with a parody of former President of the United States of America, Barack Obama, being kidnapped by ninjas around the time he’s about to implement legislation against them. From this point on, the game feels like a slow-moving fever dream of a wrestling fan. The black characters seem heavily stereotyped, while most of the Caucasians have an orange tone similar to the modern-day President of the United States. The dialogue between characters is entertaining but trying to come out of this game with some semblance of story is like grasping at straws.

The combat system in Treachery in Beatdown City is an innovative concept that seems interesting on paper: blend two of the best genres of the 16-Bit era and utilize 16-Bit graphics. Combine the combat of turn-based RPG’s and beat ‘em ups for a slower, strategic and more methodical interpretation of the classic beat ‘em up formula. Unfortunately, it doesn’t turn out very well. Not all of the combat systems seem to work as intended, or they heavily favor the NPC’s. One key example of this is their ability to slightly adjust their placement when they enter the turn-based mode after you’re already forcefully stopped, leaving you completely susceptible to attack. Another thing I noticed is the combination of action points and FP (mana) forces the combat to be slow, making me retreat to recharge. This never came off as fun or interesting as I was simply watching numbers go up and a gauge fill. There’s something weird about the defending in this game as well, with bracing costing zero FP but ultimately doing nothing and turn around costing 12 FP and having the same effect. The attacking is working, though it needs work, but the defend system seems entirely broken. I like that there’s a base punch button and that I can hit stacked enemies together but it feels like more of the turn-based attacks should’ve been mapped like the punch. There are items you can use to restore health and FP and most stages include an object that stores one or the other, but it doesn’t fix the flawed gameplay. 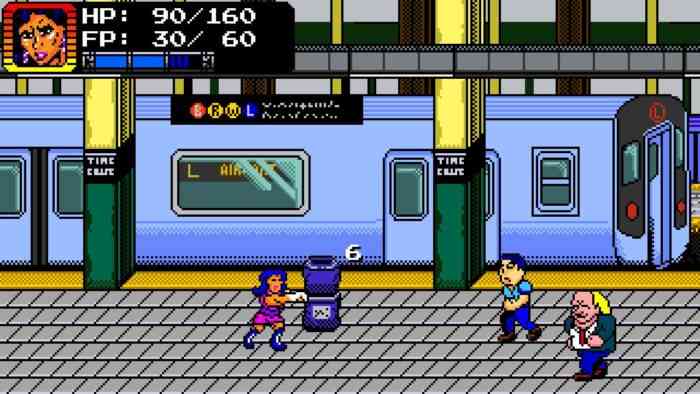 The True Beatdown Isn’t in the City, It’s on the Player

Though I only encountered one crash during my time with Treachery in Beatdown City, I noticed some encounters giving me a black screen for extended periods of time before initiating a fight or conversation. This didn’t happen every time but it was a noticeable delay that wouldn’t have been sparked by a PC that struggles with rendering 16-Bit visuals. The visuals overall are decent for what they are. The 16-Bit environments and sprites have their appeal but the Super Mario Bros. 3 inspired stage design is very minimal and enemies such as Ugly John are aptly named. Treachery in Beatdown City feels like a SuperMash nightmare with improved dialogue. Despite the combat including turn-based techniques similar to classic Final Fantasy titles, this game lacks meaningful decisions that impact the story or any of the other benefits that typically accompany a classic JRPG. Turn-based RPG’s and beat ‘em ups do not go together but going into this game, I was definitely intrigued by the concept. 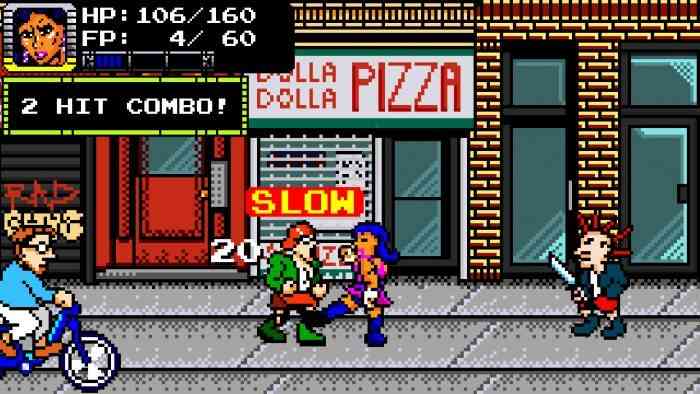 While I’m not a fan of the story told in Treachery in Beatdown City, I am a fan of the characters and dialogue. I’ve been a pro wrestling fan since I was a kid and the characters didn’t disappoint me in this aspect. Most of them reflected the same era of wrestling as the 16-Bit graphics reflect the beat ‘em ups genre’s peek popularity. Though I don’t like the combat of Treachery in Beatdown City, it shows innovation and an attempt at blending two of the best genres from the 80’s and 90’s. I can’t help but feel like if the defense options worked like the attacks, this would’ve been a somewhat competent title. Though updates can refine some of the flawed systems, I don’t expect too much change brought to this title but I hope to see better systems in a potential Treachery in Beatdown City 2. What comes together to create the full package is very underwhelming but wrestling fans will get a kick out of some of the references made from fight to fight as they beat their way across Beatdown City. Non-wrestling fans will find very little to enjoy in the characters and story but may find the experimental combat innovative. 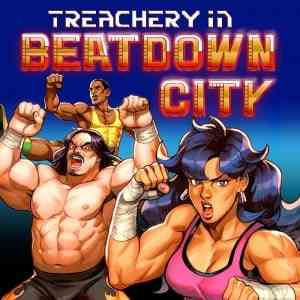