My Time at Portia Review – Rough Edges and Rad Fun

My Time at Portia Review

I don’t know if I’ve had fun playing My Time at Portia. Certainly, this is a compelling game. Engaging, absorbing, even addictive. Is that the same thing as fun though? Being dragged into a ‘one more day’ loop with no hope of escape is a remarkable experience that I can’t say for sure I enjoyed or not. This game definitely has some problems, but keeping you hooked is surely not one of them.

The game starts with you showing up at your father’s old workshop. Presumably you’ve inherited it after he passed on. Perhaps you have an aim to continue his work? The story is an afterthought, a MacGuffin on a distant shore meant to drag you into the town and its endless stream of commissions. No, right from the get-go you’re here on your own terms. Whether you want to farm, craft, mine, fish, or find a husband/wife, you’re able to dive in almost immediately.

Go Forth And Craft

Mining climbed to my top activity slot almost immediately. There’s just something soothing about digging holes and tunnels into an ever-expanding cavern to find raw materials and relics. You can dig in any direction without much trouble, and you’re given tools to ensure you never get stuck. On top of that, there’s no consequence to working until you literally pass out. You have to pay for access to the mining areas every week, but it’s pretty easy to make that money back in short order. 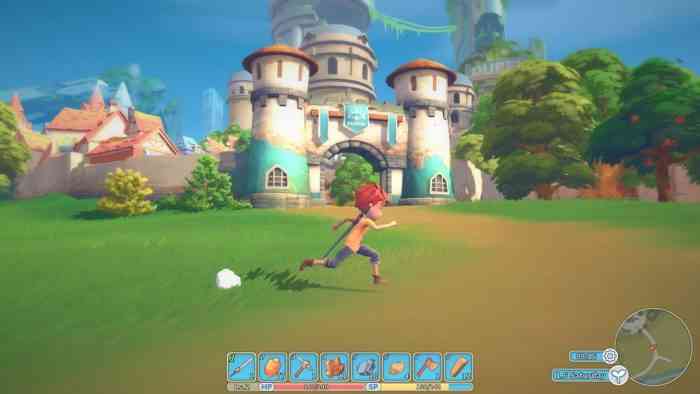 Farming was a much more restrained affair. Well, it’s more like gardening. Rather than running outside and carving up the land for crop production, you have to build plots on your own property. This requires gathering the supplies to do so, which limits how much you’re producing for the first portion of the game. On the other hand, just harvesting raw materials is a breeze. It’s much easier to make money building things and selling them in town. Easier being a relative term.

When it comes to making a profit, you’re at the mercy of the market. Rates for different goods change depending on when you’re selling them and who you’re selling them to. Plus, the profit margins for most crafted goods are slim. Pound for pound, it’s almost easier to just unload your raw goods the moment you acquire them. There’s also a heavy cost associated with expansion and upgrades. I found myself at an impasse, impatient to move forward yet reluctant to sell too aggressively. You never know what you’ll need next, after all.

How Much For All These Rocks?

One way to make money is quests. There is something of a story, though it’s so minimal you’d be forgiven for ignoring it. Unlike most regular commissions, the story jobs rarely have a deadline. They’re content instead to linger in the background, ready whenever you are. For the most part, I left these alone, content to mess around with whatever piqued my curiosity. On the subject of curious phenomenon, there are some fascinating glitches in this game.

When I first wandered into the town square, I came across a fountain. What are the water effects like, I wondered? As it happens, said fountain was simply an illusion of sorts, just another tileset for you to hover over like a purple-haired messiah. I also discovered some invisible trees in my backyard. Several days after chopping down half a forest, I walked through the empty meadow. Imagine my surprise when the ‘kick’ prompt appeared! Soon I was summoning acorns, grubs, and silk from the empty air. I repeated this trick five more times in the same valley. A most fascinating aberration.

There were times when the pace left me frustrated. In all honesty, I can’t confirm whether this was due to a flaw with the game or my own bubbling impatience. I wanted that bigger house now, damn it! This feeling was exacerbated by the days flying by with gleeful abandon. Although there were no timers on the big quests, I still felt time slipping through my fingers, all my duties forever unfinished. Whenever a task was actually completed, the sense of accomplishment was immediately diminished by the looming threat of another job. Again, I can’t simply lay this at the feet of the game. Still, my overall experience was shaped by this sensation.

Ever Another Hurdle To Leap

I’ve no shame in admitting I haven’t ‘finished’ Portia. I’m not even sure one can ever feel finished, when it comes to games like this one. No matter what story achievements you complete, no matter what you build, there will ever be some new project or goal lingering on the farthest shores. This is the ultimate judgment, the only one you need concern yourself with. The score I’ve assigned is less important than your reaction to that feeling. Do you long for a relaxed, endless procession of tasks, each a companion to a fleeting sense of achievement? Do you wish to wile away your hours making things? Are you looking for that next digital husband or wife whose fondest wish is the right combination of gifts and dialogue branches? Then My Time At Portia will call your name, friend. 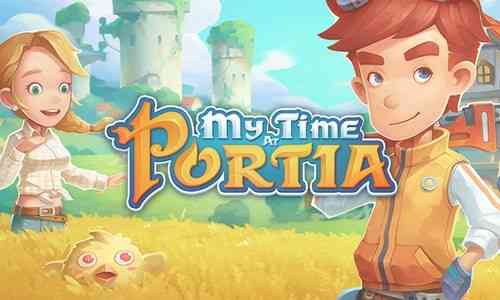 My Time At Sandrock Is Time Well Spent