Thymesia Review – If Sekiro and Bloodborne Had a Baby

Dark Souls and its FromSoftware brethren have long had a reputation for punishing difficulty. Of course, that perception is only partially true. FromSoftware games brilliantly build in mechanisms for player improvement. None of the games have a difficulty slider, but there are character classes and builds that can stand in for easy mode. Failing that, there’s good old grinding for XP and gaining eventual strength. Sekiro is perhaps the exception. In that game, nothing takes the place of pure timing and skill. When you play Thymesia, you’ll be thinking about Sekiro. And Bloodborne.

There is no doubt that the heart of Thymesia rests with its combat. It’s also the aspect of the game where OverBorder Studio does its best to innovate. You play as Corvus, an amnesiac swordsman tasked with killing a kingdom’s worth of plague-ridden monstrosities and corrupted humans. Centuries of benign alchemy have led to a land under diseased siege. As with most Soulslikes, the narrative in Thymesia is largely told through environmental clutter. In this case, though, memories are the souls-like currency of the game. The more Corvus kills, the stronger his recollections become, and the more we understand what happened to the kingdom. I wouldn’t call Thymesia’s narrative compelling, but it does a good job of generating the game’s various environments. There are legions of Dark Souls players who entirely ignore the story. I imagine the same will be true of Thymesia.

Corvus has, essentially, three weapons. He has a katana-like sword, a raven’s claw worth of talons, and a wide range of plague weapons. The sword remains the same but Corvus can increase his skill with it by using talents to widen its moves and damage. Similarly, the raven’s claw and its moves can be upgraded. Corvus can also spend talent points to make parries easier — at the cost of less damage — or make his dodges more effective or his plague weapons more deadly. Overall, Thymesia encourages the same aggressive playstyle familiar to fans of Sekiro and Bloodborne. 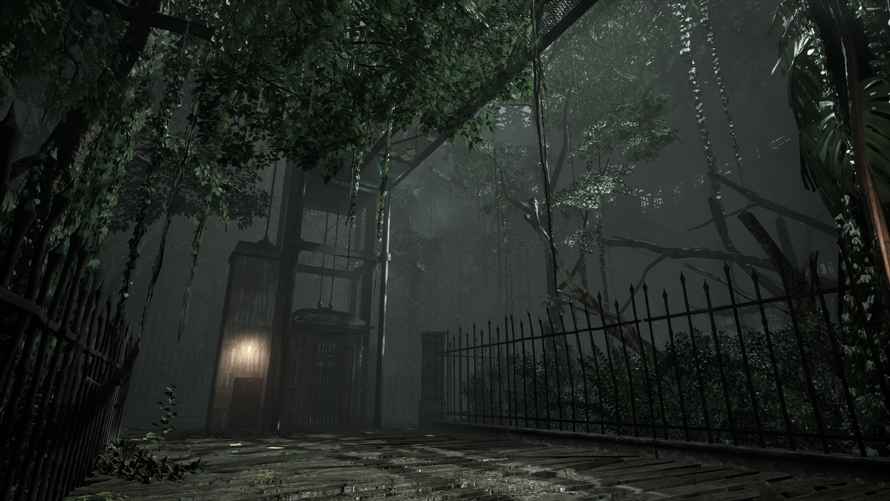 One of Thymesia’s unique mechanics is the ability to mix and match talent points at save points, in what amounts to an easy re-spec. This becomes particularly important right before bosses. So many times I beat my head against a boss over and over (and over), before a new mix of talents solved the puzzle.

A Plague on Both Your Houses

Plague weapons are pieced together from killing bosses and minibosses, and are magical versions of their weapons. They begin as limited-use weapons but eventually enter the rotation permanently. Hammers, axes, longswords, greatswords, bows, and twinblades are just some of the twenty or so available plague weapons. Towards the end of the game, there are powerful monster-inspired tentacles and blood-letting weapons. Like talents, they can be swapped in and out at rest points. They obviously are a replacement for a character in Dark Souls carting around an arsenal of weapons, and it’s another solid mechanic. The downside is that the plague weapons are on a cooldown timer, and use plague energy.

Finally, Corvus has magical feathers that he can throw to interrupt an enemy’s unblockable attack. Like the game’s deflect mechanic, using the feathers demands impeccable timing. Maybe to the point of frustration, but more on that in a bit. 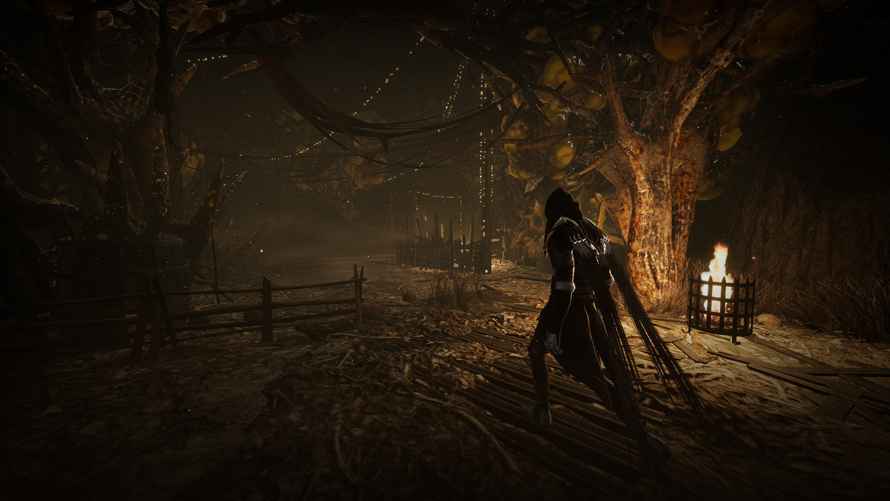 Unlike most Soulsborne games, there is no stamina. Instead, there is a health bar and a plague energy bar. (aside: a plague energy bar sounds like the worst nutritional supplement ever). Like in Bloodborne, there is a talent tree that regenerates health from critical attacks, and energy will slowly re-build when Corvus has not been wounded. Balancing all these offensive and defensive elements is by far the most interesting aspect of Thymesia.

You Say Homage, I Say Clone

If Thymesia borrows a combat style from Sekiro, it cribs its aesthetics from Bloodborne. Thymesia is set in a gimdark, Victorian fantasy world. The first area suggests Yharnam, with the added creep factor of circus lights and a ringmaster end boss. There are also more open environments like forests and swamps, and the interiors of  labyrinthine castles. Everything is very moody and oppressively foreboding, the exception being the Philosopher’s Hill hub area to which you return at the end of a level. There’s little voice acting in Thymesia, with most enemies relegated to repetitive groans and grunts. Overall sound design is good, and the music is sinister orchestrated textures. There are clever musical touches, like the first boss being accompanied by a haunting circus waltz.

Enemy design is almost entirely derivative, based on FromSoftware’s greatest hits. So, you have slow-swinging low-level enemies, hard-hitting elites and bosses whose movesets must be memorized over many repetitions. The developers describe Thymesia as “grueling.” Another word might be frustrating, or occasionally unfair. Without sacrificing damage, parries demand ridiculous precision. Many enemies are impossible to stagger or interrupt, a decision the developers made to counter the lack of a stamina stat. I have played literally thousands of hours of FromSoftware’s games, but I spent endless time on several bosses. The very first boss, for example, is a two-phase opponent with the ability to disappear and teleport. He does massive damage. Imagine if Bloodborne’s Lady Maria or Sekiro’s Genichiro were those games’ initial boss.

You can travel to the hub area at any rest point, but you return to the zone’s starting point. There is no fast travel between “bonfires.” The path through each world is linear, with a few shortcuts and hidden areas to unlock. 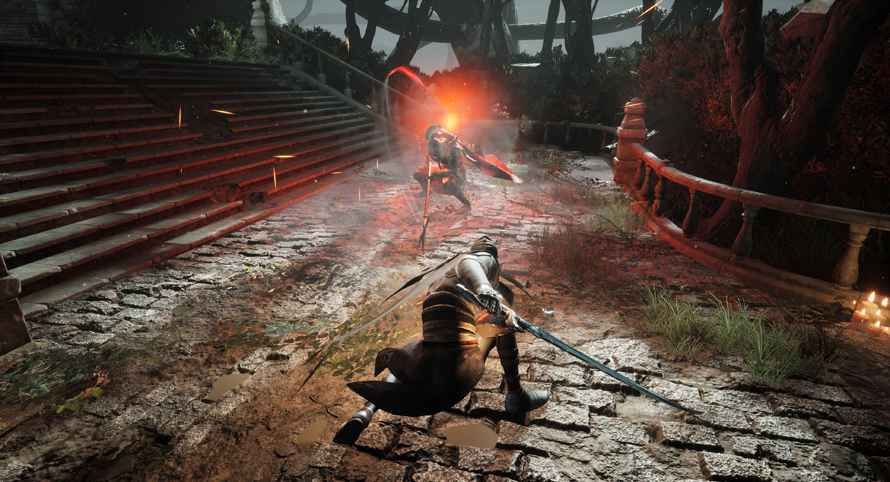 In terms of performance, Thymesia had relatively short load times, a blessing with endlessly repeated boss runs. The less positive news is that I encountered some serious audio bugs, and the game’s camera has some frustrating issues in tight spaces.

Thymesia is for anyone who believes that a game like Elden Ring is too accessible or that FromSoftware has lost its edge. It distills the Soulslike formula down to challenge and difficulty, adding a few new mechanics to the familiar staples. Yes, Thymesia is grueling and can be fun for hardcore fans of the genre, but it’s also pretty highly derivative. Unless they’re absolutely brilliant, copycat games almost always make you wish you were playing the original.