The Witness Review – The Pinnacle of Puzzle Perfection

It’s been a little more than 7 years since Jonathan Blow introduced Braid to the world. It was a seemingly simple game with deceptively intricate puzzles, widely regarded as one of the best puzzle games of our time. Armed with a slightly larger development team than just himself, Blow and his team have just recently released The Witness, one of the most highly anticipated games by fans of Braid and all things puzzles. This first-person 3D creation definitely seems much more ambitious than the previous title as it boasts over 100 hours of gameplay and an immersive landscape. At first glance, The Witness seems just like a series of maze puzzles with increasing difficulty, but to say so would be a gross understatement of the intricacy in the core progression mechanic of the game.  For such a small island setting, there sure is a ton of depth.

Each puzzle is governed by a set of rules. Early on, these rules are fairly simple but progress in complexity as you venture to different parts of the island. Some puzzles are based on what is visible on the grid itself while others might be affected by the environment around them. The catch here is that none of the rules are explained to you; part of the progression in The Witness is finding the base case for each of the rule sets. For example, one of the early puzzles involves dividing black and white squares into groups on the maze grid. The first example of this is designed to give you the logical conclusion that in order to complete mazes with black and white squares you must group them together. The subsequent puzzles are now clear as to what the goal is, but might be more difficult in reaching that goal. If you happen to be stubborn or just like an extra challenge, many of the more challenging puzzles are available from the start and can still be completed with no prior knowledge of the base case; you might just spend more time trying to solve the puzzle than hunting for the Rosetta Stone of that particular style of maze.

“The developers have managed to impart the rules of the game without a single bit of text other than the controls for interacting with the mazes and how to sprint.”

I believe this formula for a puzzle game is simply brilliant. The developers have managed to impart the rules of the game without a single bit of text other than the controls for interacting with the mazes and how to sprint. The fact that you must logically deduce each puzzle with only visual cues really speaks as to the namesake of the game; by witnessing your surroundings and starting with the simplest case the mysteries of the puzzles begin to unfold. I found myself feeling very accomplished when completing a section of puzzles because I felt like Sherlock Holmes using my powers of deduction and reasoning. I found each group of puzzles to be very clever and just all around excited to see what the next group was like. 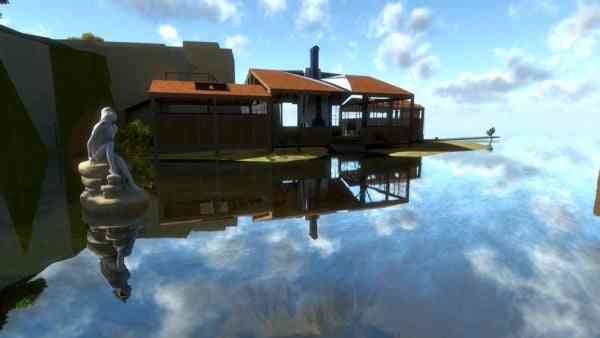 The abandoned island which you traverse is as rich in color as it is in mystery. The visuals are incredible for a game whose core mechanic relies of visual fidelity. Sure, the graphics aren’t hyper-realistic, but the environment is so meticulously crafted to allow certain perspectives from just the right angle (important for many puzzles…and secrets) that I can’t help but sit in awe of the island in front of me. In fact, if I could use two words to describe the game it would be “meticulous” and “deliberate”: every bit of the environment is where it is for a reason, each set of puzzles progresses in a perfect logical sequence, and the message the game coherent yet subtle.

I have not mentioned much about the story of the game up to this point because I don’t believe there is one. There are the equivalent of audio and video logs scattered around the island that speak to particular themes, but I believe the only relevant narrative is how you experience the game. That may sound pretentious and probably won’t sit well with many people who need a reason as to why you are on an island, but I think the narrative the game strives for is how do you spend your time on the island. Many might remember the story from Braid which was interesting but disconnected from the gameplay and still won the awards it did. That’s because the level designed was so good that the story and theme fell a bit to the wayside. I feel comfortable saying something similar for The Witness in that the beauty of the game is in its design not in the story. 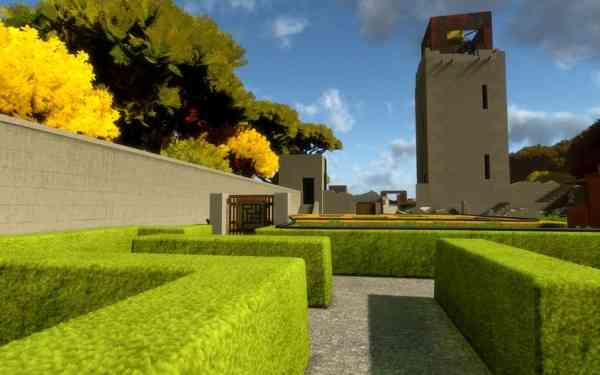 I don’t think The Witness is a contender of the best game ever, but I do think it’s one of the best puzzle games out there. It does everything a puzzle game should do and does it well. I would like to see a bit more opportunities to interact with objects in the world, but I completely understand why that wasn’t part of the “deliberate” design architecture. Quite simply, The Witness has been one of the best experiences in gaming I’ve had in a long time, probably in about 7 years. 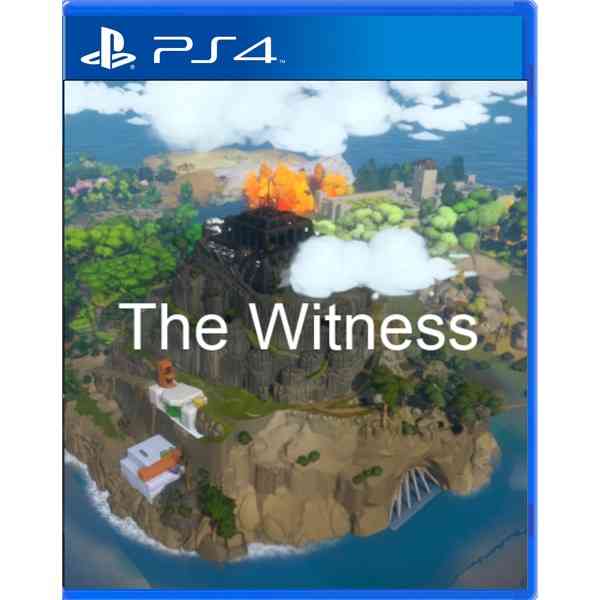