Dreii Review – Stacking Blocks With Strangers Has Never Been So Satisfying

I’ll admit, I was skeptical of the concept of this game. How could I review something that isn’t officially out? It seemed bizarre to write a review of a game focused on multiplayer, and not have any means of actually testing this. Fortunately, I was provided with two codes, so a friend and I promptly got to work solving the various puzzles of Dreii. The game has you go through a tutorial zone before other players get added to the mix, so you get a taste of various mechanics that you’ll be employing in the coming areas. Explosive blocks, wind and water, and multiple target points all come into play, and each level feels fresh enough that it stands out on its own. Etter studios has clearly put effort into creating a variety of puzzles that left me scratching my head at points, but none of them feel unfair.

There are certain level types I enjoyed less than others, but at no point did I feel fed up with this game. It’s a very natural curve of progression and difficulty, and that is vital for a puzzle game to really feel great, in my eyes. Movement in the game is a bit dodgy at first, but after finding one can click and hold to move more fluidly, it became much easier to solve the puzzles that required a deft hand. My favourite levels had to be the ones in which there were multiple goals. Once you hit the first target, more would pop up, and occasionally you’d be provided more blocks to re-tool your solution to adapt. It’s a concept I personally wish that Etter made more use of, but for the sake of variety, I can see why they aren’t overused, and it made each of those puzzles feel more rewarding because I enjoyed them so much compared to others.

“I love the idea behind Dreii’s design as well. Working with others in this game is co-operative in every sense of the word…”

The multiplayer also works very well, for the most part. There were very few instances of lag, and having a friend along to solve puzzles really allowed for what I felt were some solutions that the developers hadn’t intended. Many of them have a clear goal, but with a little bit of creative thinking, there were times where my solution wasn’t the intended one, and that’s perfectly fine. I love the idea behind Dreii’s design as well. Working with others in this game is co-operative in every sense of the word, and there were even times where we’d carefully calculated our blocks falling into place at the same point so that we could solve a level. The game threw a curveball at us when a third colorful shape entered a puzzle we were plugging away on, much to both of our surprise. Having to take strangers into account, this is where Dreii’s unique concept becomes fully realized. 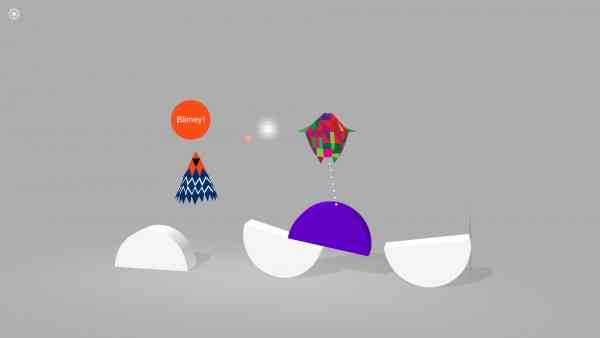 Working with people you can’t communicate with is a trial of patience. Fortunately, players are provided with a number of phrases that are easily translated across multiple languages. Simple terms like “Slowly”, along with exclamations of joy/frustration are all apparent, and it’s not uncommon to see colorful shapes blurting out “BLIMEY!” upon completion of some of the games more tricky puzzles. It’s just one of those games where you build that connection with players over a common goal, and doing it in such a simple way is certainly worth mention. Dreii is simply designed, pleasing to look at, and a ton of fun, be it with friends or the occasional stranger.

***PC review codes were provided by the publisher*** 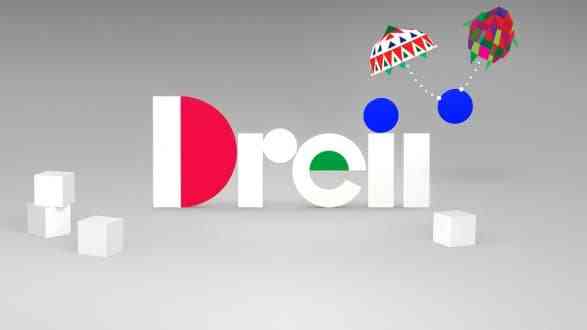