The Walking Dead: The Final Season Ep. 3 “Broken Toys” Review – Back From the Dead

First off, let me say how relieved and thrilled I am that The Walking Dead: The Final Season is back (and also on the Epic Games Store) and will indeed get the proper send-off it deserves, thanks to Skybound Entertainment stepping up to oversee it to conclusion. No matter what, we know Clementine’s long saga will be seen through to its rightful end – so let’s get right into it, and take a look at the penultimate episode, “Broken Toys.”

It’s just after the epic battle that closed out Episode 2, and we’re once again thrown right back into Clementine’s careful moral balancing act with AJ, trying to set a good example for him while also teaching him the harsh realities of survival in the post-apocalyptic world. Interrogating Abel, the sketchy drifter captured after the battle, you/Clem must decide how far to go to make Abel talk – do you beat him, and even kill him, or do you play nice? As always AJ’s big, soulful eyes are absorbing every move you make – another great example of the impactful choices this series has forced upon us.

Moral ambiguity also rears its head later when we are once again presented with James, the pacifist from Episode 2, who holds the novel opinion that even Walkers are deserving of compassion. It’s a hard concept to agree with when you’re in constant danger of being bitten in the neck, but there’s a neat sequence in which Clem must use non-lethal methods to subdue her zombie attackers and if nothing else, it provides a nice change from the usual eye-socket-shanking.

I’ll risk being a broken record and once again assert my disappointment that in The Walking Dead: The Final Season there isn’t more confrontation with actual Walkers, despite a few exceptions. I appreciate that The Walking Dead series has always been about human relationships as much as survival-horror, but it’s always been a bit of a logical flaw for me that zombies play such a relatively minor role in a franchise that is supposed to be about them. Nevertheless, the narrative excellence more than fills the gap, with well-crafted and written script, full of emotional depth and superb dialogue that really makes us care. 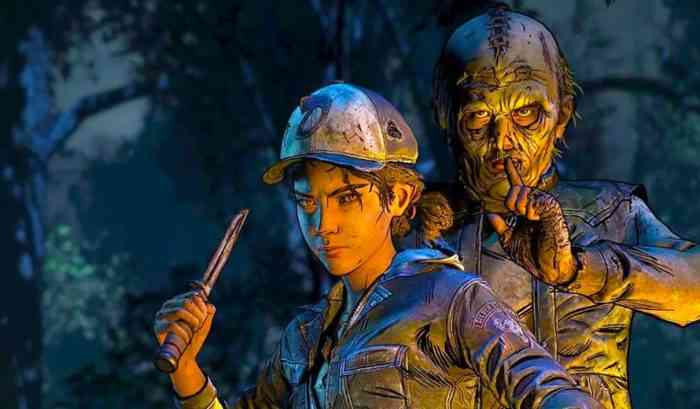 A relatively lighthearted moment of bonding between the young people is a nice breather before the episode’s finale – Clem and the Ericson kids share an emotional moment of connection, which couldn’t be more starkly in contrast to the divided and fractious scene going on amongst their adult foes. This is, and has been for a while, a generational battle between Clem’s boarding school troupe and Lilly and the older gang, the Deltas. The two groups are presented as obvious contrasting binaries – young vs. old, cynic vs. optimist, those who look to the future vs. those who are still mired in the petty bickering of the past. Once again, your biggest threat in The Walking Dead isn’t zombies but other humans.

The final set-piece is epic and satisfyingly climactic, with enough twists and surprises to live up to that mind-blowing start in Episode 1, while setting the stage for what looks to be a worthy conclusion. And of course, we’re left with yet another choice-based cliffhanger that places AJ and his precarious moral evolution front-and-centre. Technically, Episode 3 delivers with lots of satisfying action to balance out all the narrative pathfinding, and although there were a few choppy moments it’s fair to say that Skybound’s shepherding of these final installments has not been detrimental to the quality of the gameplay or production values.

Episode 3, “Broken Toys,” has me suitably excited to see The Walking Dead: The Final Season out to its conclusion. The various moving narrative parts are coming together for what will undoubtedly do the series proud – and bring to proper close the journey of Clementine, the one consistent thread uniting all the series’ seasons. Like hungry Walkers, fans are slowly shuffling towards March 26th, when we get to sink our teeth into Episode 4. 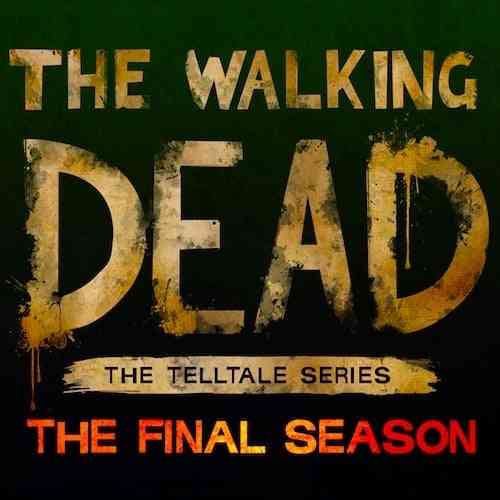 
The Walking Dead: The Telltale Definitive Series Bundles All Seasons