I have to admit, I was nervous about playing the second episode of Dontnod Entertainment’s Life is Strange 2, the sequel to the popular (and similarly titled) Life is Strange. This isn’t because I didn’t like the first episode, as I said in my original review: while I found it heartbreaking, I found it to be a beautifully constructed narrative with aspirations that could take it above the quality of the original series. I was worried about the fate of the characters, a sign of good storytelling. So, you know, no pressure.

The story follows brothers Sean and Daniel, who have to flee their Seattle home after a tragic incident that results in the shooting of their father and the awakening of Daniel’s latent telekinesis. On the run from the police as suspects in the murder of an officer, the game comments on the current political climate while focusing on the relationship between the brothers and Sean’s influence on his younger brother’s behavior.

Those familiar with Life is Strange’s storytelling will know that the choices you make from episode to episode can have long-reaching effects on the narrative. Life is Strange 2 is no exception, and the way that Daniel’s behavior is affected by Sean’s stressed-out parenting is genuinely satisfying to watch throughout the courses of the game. Right now I definitely feel like my choices matter in the long run, and while we’ll see if it keeps feeling that way, I’m enjoying it for now.

Daniel, Back At It With The Telekinesis

This episode was consistently slower-paced than the last, which made certain scenes feel a little pointless or long-winded. Overall, though, this episode pushed forward the narrative while providing an entertaining experience, and I can clearly see where the story could go from here, although the moment I claim that I know what they’re going to do, I’ll end up wrong. It’s hard to be more specific without spoiling, but the brothers are finally able to relax and have a few days to recover after their grueling months in the woods. They’re also able to

When the five episodes are together, Episode 2 will likely be a lull between high energy episodes, so while it feels slow now, I’m optimistic that it will fit into a larger narrative. I stand by my statement in the first episode: Life is Strange 2 feels more planned out and purposeful than the original, and I think they know what they’re trying to do in a way they didn’t for Max and Chloe’s adventures. 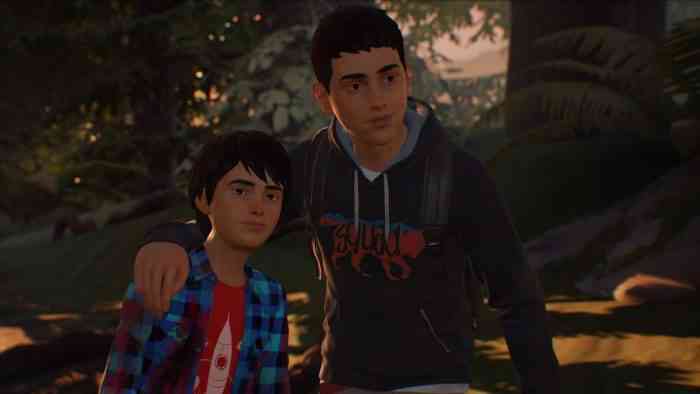 It’s also notable to mention that this episode is very much enhanced by playing The Awesome Adventures of Captain Spirit, another Dontnod title that takes place in the same universe. I played it directly before going in, but it’s probably better to play it months ahead of time and then gently forget about the finer points of the story before playing Life is Strange 2, so that seeing him again will be a pleasant surprise. I think his character probably works without context, but considering the brevity of Captain Spirit, it can’t hurt to play that as well.

Not All Pacific (Northwest) Paradise

I had a couple of frustrating moments. For example, because of choices I’d made in the first episode, I only had four dollars in this one, which meant that a scene where Sean was buying a Christmas present became very frustrating. I couldn’t afford any Christmas presents, so I was forced to steal a Yo-Yo, a choice that I found out-of-character for the upstanding Sean I was trying to cultivate. I felt like it would have been easy to just let me walk away with nothing, but it was the setup for a later scene, so I was railroaded into the choice. While it was a minor instance, that can a criminal sin for games of this type.

Speaking of railroads, I liked the introduction of a new character, Cassidy, to what was becoming a rather insular cast. She isn’t in very much of the episode, but this isn’t my first video game rodeo, and I can sense that she’ll be a reoccurring character (or, at the very least, disappointed if she isn’t). Cassidy represents the continuing promise of Life is Strange 2—while the second episode is the calm before the storm in terms of its relatively calm atmosphere and slow-paced story, there’s almost certainly more action-packed content to come. 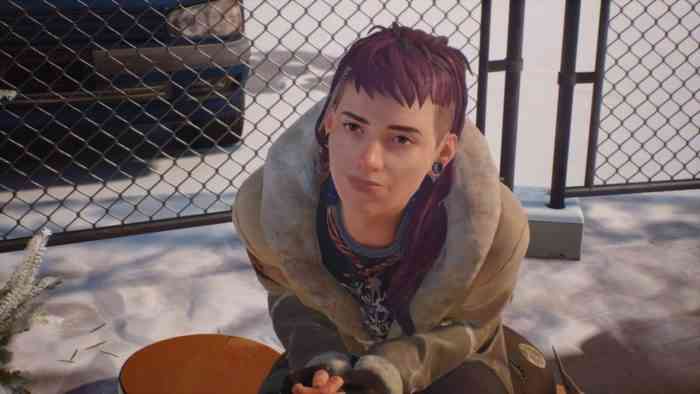 The music, always one of Life is Strange’s strong suits, continues to be enjoyable, especially in the title sequences and moments where the acoustic guitar dominates the scene while the player watches Sean and Daniel traverse the long, hard road. I did have some problems with the lip syncing of Cassidy’s song, which goes hand and hand with the issues I had throughout of minor bugs and characters glitching in and out of scenes.

Episode 2 might be a slower entry in the episodic series, but it gave me enough meaningful content and satisfying gameplay to enjoy playing throughout. Life is Strange 2 isn’t about Daniel’s telekinesis. It’s about the relationship between Sean and Daniel, two brothers who’ve been torn from their normal lives by unforeseeable circumstances. While the supernatural enhances the story, it never drives the emotional connections. As before, I look forward to that wonderful nerve-wracking experience of learning what terrible and joyous things will happen to the brothers next.