The Vanishing of Ethan Carter Review – An Atmospheric and Haunting Masterpiece

This game is a narrative experience that does not hold your hand.

Above is the disclaimer developer, The Astronauts, gives to players just before they step into the shoes of supernatural detective Paul Prospero. Emerging from a darkened train tunnel he enters Red Creek Valley on his quest to discover what is behind the disappearance of young Ethan Carter. Released back in 2014 for the PC this adventure/horror game has been rebuilt from the bottom up to take advantage of the Unreal 4 engine and is now available for the PS4 console. With a strong focus on atmosphere and story telling this perfectly paced gem surprised me knowing that it came from some of the same minds behind the foul-mouthed FPS Bulletstorm.

The Vanishing of Ethan Carter focuses on the story of a young boy full of imagination and creativity who is misunderstood and even shunned by his own family. He has disappeared and it’s up to the player to piece together the puzzle. True to the disclaimer mentioned above the game refuses to hold your hand and allows you to unravel the mystery however you see fit.

As the darkness fades and you find yourself in Red Creek Valley you will immediately be drawn into the lush and vibrant world that The Astronauts have created. It is equal parts gorgeous and stunning while at the same time being dark and mysterious. Standing there in the forest you take your first few steps forward without a clue as to what you’re supposed to do. As you begin to wander you’ll slowly start piecing together the mystery of Ethan Carter’s disappearance and through masterful storytelling you’ll be drawn into the tale of a young man’s misunderstood world.

“With a strong focus on atmosphere and story telling this perfectly paced gem surprised me knowing that it came from some of the same minds behind the foul-mouthed FPS Bulletstorm.”

The game is largely open world allowing you to move freely and pick up clues as you stumble upon them. Clues eventually come together and after some puzzle solving you’re given a peek into Ethan’s world. It is darkly disturbing while being terribly sad at the same time. As if it isn’t bad enough that Ethan’s family think he’s weird they’ve all come under the spell of the mysterious ‘Sleeper’. While the story unfolds itself you can’t help but be propelled on to the next portion. Standing in your way is some pretty difficult puzzle solving that had me stumped on more than one occasion. Personally I’ve never been very good at puzzles so I felt quite challenged from start to finish. Others more astute at these sorts of things might find it a bit easier, but without having much in the way of hints along the way, I’m sure almost anyone will be challenged at least a little bit. Regardless, puzzles are varied and never boring. Even on the puzzles I had the most difficulty with I never felt like I wanted to give up and walk away.

While technically being able to move through the game world at will most people will want to tackle the story in a linear fashion. It’s possible to miss things along the way and back track but for the best flow and most impact you’ll really want to watch the story unfold in order. If any advice could be offered just be sure to investigate every area thoroughly before moving on to the next. You never know what you’ll find. 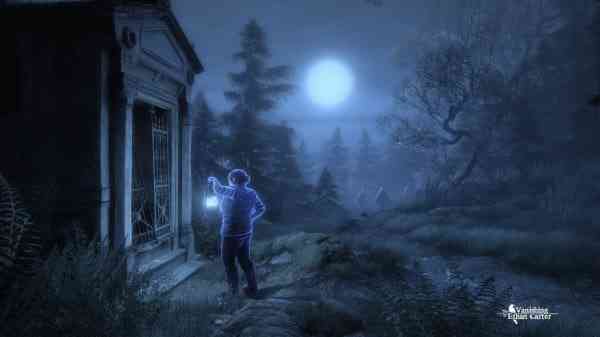 Labelled as a horror game there were only a few spots where I genuinely felt scared but, there were plenty of shudder inducing moments to be had. The real world and the paranormal often cross paths here so you never know what you’ll stumble on. Setting is paramount to the experience with environments exuding character at every turn. The forests are lush and green with trees creaking in the wind and some of the creepier areas will have you tip toeing for fear of what may emerge from the darkness. Still, no matter where you may find yourseslf the world is stunningly created taking full advantage of the Unreal 4 engine. One recommendation I could offer is to play the game with a solid set of headphones. The sound is absolutely perfect and sets the tone and feel of the game quite well.

“Brilliant moments where the story, the setting and the sound come together are plentiful and help to create one of the most wonderfully haunting and atmospheric games I’ve had the pleasure of playing.”

From start to finish I was fully involved and interested in what The Astronauts have created. The Vanishing of Ethan Carter shines and is truly at its best when all the elements of gameplay work in sync. Brilliant moments where the story, the setting and the sound come together are plentiful and help to create one of the most wonderfully haunting and atmospheric games I’ve had the pleasure of playing. The game isn’t overly long but the journey is well worth taking in. If you missed it on PC don’t pass it up on the PS4.

Next Prototype Biohazard Bundle Review – A Bundle So Bad it Should Have Stayed a ‘Prototype’
Previous Deception IV: The Nightmare Princess Review – Sadistic Killing Madness Debuts on the PS4