The Talos Principle: Road to Gehenna Review – A Brilliant Expansion With Formidable Puzzles

The Talos Principle’s latest DLC, Road To Gehenna, is as brilliant as its predecessor and equally as maddening. This time, Uriel is tasked by Elohim to set free those who are trapped in Road to Gehenna, sort of a sub-program of the Talos Principle. They are all prisoners who spoke out against Elohim at one point or another, and were then banished for their insolence. Because of this, you encounter a very different vibe than the original in which you were by yourself for the majority of the game, or listening to logs from the creators. Instead of documents to pore over, the terminals are now connected to a message board which is frequented by those trapped here.

While the gameplay remains largely the same and no new mechanics are introduced to the puzzles, this update alone drastically changes the overall experience. Now you have others to converse with and share your thoughts about the world around you. There are also numerous sidequests so to speak, with the message board hosting attachments like a virtual art gallery, old adventure games like Zork, and quizzes that question your ethical values. As you free the prisoners they will sometimes leave messages about you being their saviour, and you’ll have to prove your virtue when other members question your existence and intents.

Now, for anyone who doesn’t care about the story and just enjoys puzzles, Road to Gehenna isn’t a let-down simply because there are no new mechanics. Expect four worlds, with four or five puzzles each that feel entirely new and challenging. Since this DLC is meant to take place after the events of the original game, there is no difficulty ramp and you will be challenged from the get-go. Expecting world one to be simple, I was quickly stumped and had to come back to finish it later. What’s great about all of the new puzzles is that they are just as memorable, if not more-so, than many of the originals. Puzzles like Haircut and Crater will leave you scratching your head while marvelling at the beauty of the world around you. 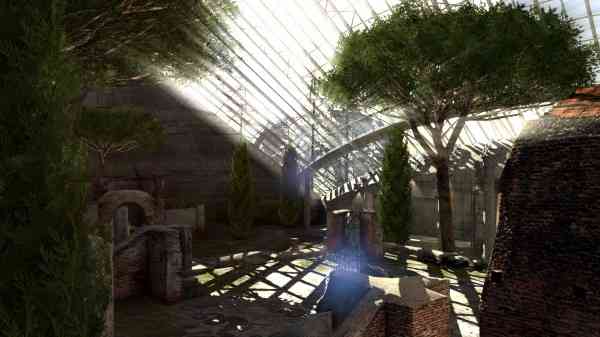 One of the only downsides is the lack of new art. As with the original, each puzzle hub is made up of an ancient theme like Egyptian or Greek. That being said, everything in Road to Gehenna still feels very unique and not simply a rehash of previous areas. The winter hub for instance is comprised of floating islands in the sky which you hop to and from, while the medieval hub features a huge bridge as an interesting landmark. Really it’s not even laziness, it’s just smart design. Instead of focusing on creating a slew of new art assets, Croteam chose to stick with making the core gameplay fun and the worlds memorable.

One minor detail that still bothers me is the lack of a quicksave feature. This may seem trivial to some, but these puzzles can be very difficult and lengthy at times. It’s frustrating having to use the reset feature to get yourself out of a jam, rewinding a minute or two of work. Let me tell you, you’ll get pretty fast at completing some puzzles once you have to do the first half of them about five times over before finally completing it. It doesn’t break the game at all, but it did cause me to abandon a couple challenges and come back to them later. 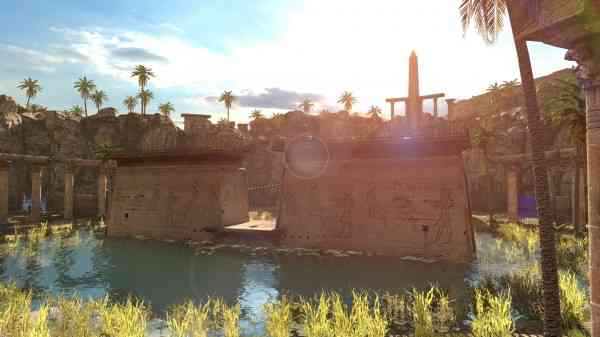 Overall, Road to Gehenna is an excellent addition to The Talos Principle and any fans of the original should absolutely pick it up. The same sense of wonder and discovery is present, with a few handfuls of new puzzles to keep you occupied while you explore the world around you. If you’re the kind of person who enjoys story, then the message board system will be sure to suck you in as well. Never once did I feel like I was simply playing through altered content, or leftovers from The Talos Principle’s drawing board. It’s a little pricey at $16.99 CDN, but you should get at least a few hours out of the challenge hubs and probably a couple more if you really dig through the whole message board; one of the adventure games alone took me at least fifteen minutes. Road to Gehenna is fun, smart, and a great reason to check out The Talos Principle if you haven’t yet.

***A review code was provided by the Publisher***

Next Life is Strange: Episode 4 – The Dark Room Review – And You Thought It Couldn’t Get Any Better
Previous No Time to Explain Review – Don’t Worry, We’ll Explain…