Life is Strange: Episode 4 – The Dark Room Review – And You Thought It Couldn’t Get Any Better

I think I can collectively say that the ending to Episode 3 of Life is Strange caught many gamers by utter surprise and shock, myself included. If you haven’t read our review of Episode 3, you can check it out HERE. So far, nearly every episode has ended in a dramatic and memorable way that makes you yearn for even more Life is Strange goodness. With that said, Episode 4 definitely doesn’t disappoint as it ends with you learning a key piece of information behind the mysteries within Arcadia Bay, and manages to turn your world upside down. Without further ado, let’s take a look at what Episode 4 of Life is Strange has to offer.

At the end of episode 3 I was concerned as to how developer Dontnod would continue the story; however, I was not disappointed as it continues right where it left off and delves into some of the most heartbreaking, and also heartfelt, situations that will put you on an emotional rollercoaster ride and put your mind into some conflicting states. After this initial segment you are put back into the same universe you started out at in Episode 1 and continue to search for clues to solve the various mysteries lingering in Arcadia Bay. 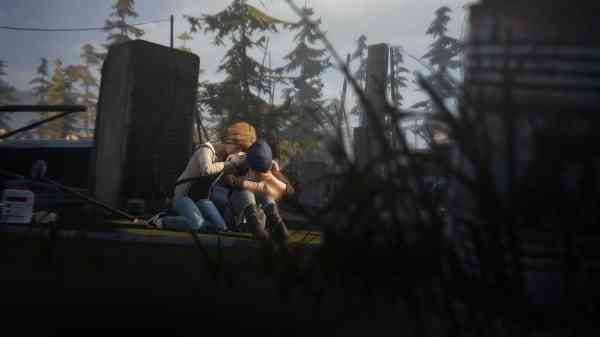 Instead of the rinse and repeat process of finding things and bringing them back to a certain spot, you actually get to piece hints together to obtain one key clue that brings Max and Chloe closer to getting their hands on some answers. And trust me; you get some insane answers this time around. The intricate puzzles definitely add more of a challenge and by completing them their rewards are even more satisfying.

In this episode, you have to make some tough decisions, but you also get to see how some previous seemingly negative decisions end up being positive. It’s quite admirable how a single choice doesn’t just produce a single outcome, but has a ripple effect that also evolves and matures through each episode. This latest episode also contains some fairly dark, and at times disturbing, concepts that show how innocent and yet mature the game can be when it needs to.

“…this episode puts you in a tough position by forcing you to make extremely meaningful and weighty decisions that make you question not only yourself, but also where particular decisions will eventually take you in the game.”

While the choices you can make in the game are one of the toughest you’ll face, their outcome is something you will question. As the next episode is the final one that we’ll be playing through, how the decisions in the past, and in this episode, will impact us in the conclusion of this episodic game becomes a concern, especially with the options that you, and I, come across in Episode 4. The outcomes that follow them inevitably feel like they will impact the final episode in a much greater sense. As a result, this episode puts you in a tough position by forcing you to make extremely meaningful and weighty decisions that make you question not only yourself, but also where particular decisions will eventually take you in the game.

Overall, Episode 4 has some major plot development that most have been waiting to experience. Given that this is the episode before the last one, it’s extremely climatic as you obtain answers to many things that you’ve been questioning about since the first episode. Nonetheless, you still won’t have all the answers, and this episode manages to create even more questions that you and I will yearn for to be cleared up in Episode 5. 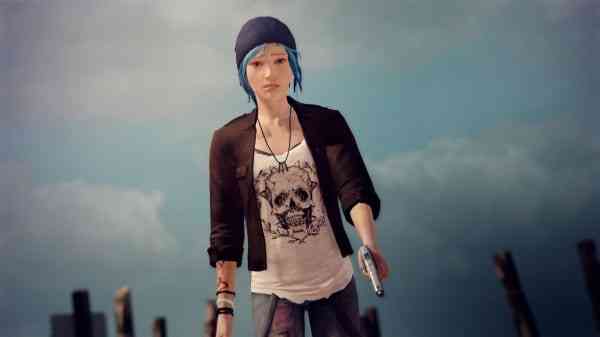 With this being an episodic game, the sound and visuals are pretty uniform throughout each episode with the exception of new music. Everything is still on par with the first episode with the music still being extremely enjoyable and voice acting as good as it can get; however, the issue with lip-syncing still exists dammit.

Overall Life is Strange: Episode 4 continues to impress and is by far the most enthralling and shocking one thus far. With some of the most difficult decisions I’ve ever had to make within a video game, this episode is more than capable in putting you at the edge of your seat. With each episode managing to impress and surprise us more than the last, I can only assume that the next and final episode of Life is Strange will make our jaws drop yet again. For now, we just have to patiently wait until we can get our hands on it.