Sometimes when you play a game, you’re left wanting more. It was good, but not quite what it could have been. Maybe one of the core mechanics didn’t feel right or some of the level design was underwhelming but whatever the reason, you’re not satisfied. Unfortunately this is the case with The Swindle. It has a lot of right things going for it, but ultimately what’s wrong with it will really drive you crazy.

In The Swindle, you are tasked with breaking into Scotland Yard and destroying their new AI technology, The Devil’s Basilisk. It will go online in 100 days becoming the world’s most powerful surveillance device. The clock is ticking, so naturally you have to get to work becoming the best burglar you can be. The premise is actually very cool, and it’s a lot of fun breaking in and hacking all of the terminals or trying to ghost a level and walk away with everything. The problems lie in how the difficulty curve can sometimes get away from you largely due to what should be an attractive feature to many: randomly generated levels.

Each heist is one day, and one level consisting of a building and the entrances outside of it. For every successful heist you complete with more than half of the available money in the level, your cash multiplier goes up. If your current robber is killed that multiplier drops back to zero, so naturally you want to stay alive as long as possible. Every day, The Swindle gets a little bit harder and introduces new enemies or obstacles, with a new one being introduced in almost each of the first ten days. This coupled with missions that you sometimes fail simply because completing it was literally impossible, or often not being able to collect £100 on the first day, leads to so many restarts within the first half hour of gameplay.

“When the game is nice and the levels aren’t impossible, you feel a great sense of accomplishment as you take off with the loot, no alarms triggered and every dollar snatched.”

Although The Swindle isn’t exactly a rogue-like, it does sort of feel like one because of this. Except at least with Binding of Isaac, the game is balanced so you rarely restart after the first floor. With The Swindle I often found myself doing just that, restarting after the first heist because I couldn’t reach £100 and so the first day is wasted. Because of how quickly the difficulty can spike, if you don’t unlock hacking straight away you’re immediately playing at a disadvantage. If you don’t ghost the first few levels and maintain your successful heist streak, you won’t be able to afford key skills like double jump or planting bombs for a while, let alone being able to hack doors and unlocking the second zone. This can be doubly frustrating when you then get stuck with a generated level that requires bombs, or you get stuck and can’t jump back up, forcing you to terminate your burglar and lose more progress.

It all just feels like more play testing was needed, as the rest of the game does feel great and is a lot of fun. When the game is nice and the levels aren’t impossible, you feel a great sense of accomplishment as you take off with the loot, no alarms triggered and every dollar snatched. However, it’s these awesome fun levels that make you hate the bad ones even more. They just feel cheap, and losing isn’t fun when it’s not your fault. Making mistakes and learning from them feels good, as does out-smarting the level design. Seeing two terminals below seven tiles of rock and leaving empty handed does not. 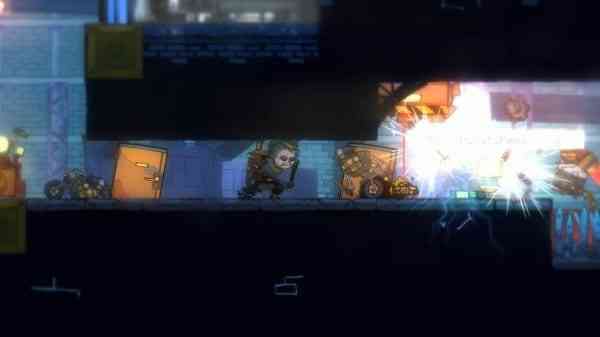 Now, there are still many redeeming factors, such as the music, the art, and the core gameplay when it goes well. Every heist you’re met with a steady ticking, like a clock counting down until you’re out of time. It goes great with the music and everything amps up when you trigger an alarm, really pushing the tension perfectly and bringing some great atmosphere to your capers. The art style lends itself to the mix nicely with a charming hand-drawn look, sporting a different coloured filter for each zone. The enemy robots are a little bit cute and a little bit deadly, with just the right amount of quirkiness to make it feel original. The Swindle is indeed a pretty game to look at.

If you don’t mind a challenge and can deal with the level generation, this is a very fun and entertaining game. The concept is good, the execution just needs a bit of work. If Size Five Games can release some updates to maybe tweak the level generation and at least make you able to always collect £100 on the first day, I think it would improve the overall experience drastically. Until they do, the score will stay as it is but don’t let that deter you if you enjoy other games like Spelunky or even Mark of the Ninja. If that’s the case then The Swindle could quite possibly be just the game for you. 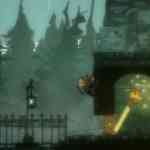 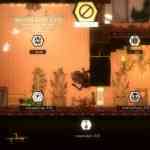 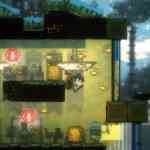 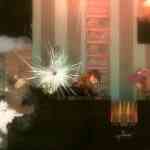 Next Dream Review – Stellar Soundtrack & Visuals Aren’t Enough to Save This Exploration Game
Previous Sword Art Online Re: Hollow Fragment Review – Beyond the Flaws is a Relatively Enjoyable RPG