Sword Art Online Re: Hollow Fragment Review – Beyond the Flaws is a Relatively Enjoyable RPG

About a year ago I became incredibly sick. I was bed ridden for a couple weeks in the middle of the summer with bronchitis, and as you can imagine it really sucked. Summer is a great time to enjoy being out and about enjoying the sunshine; well except when you’re in the middle of an awesome gaming marathon. With no games to play at that time of my illness I found myself melting away from cabin fever. That is until I rediscovered my love for anime, and my first love while diving back into the world of anime was Sword Art Online.

Based on the animated series and its manga, Sword Art Online Re: Hollow Fragment moves from its PlayStation Vita origins to the PlayStation 4 console. I often walk into handheld ports with a sceptical outlook, given that generally speaking I feel that handheld ports often don’t translate well because they are dynamically built to perform well on a handheld machine as opposed to a console.  This game would definitely benefit from some further polish, but I found a fairly addictive adventure game beneath its imperfections. 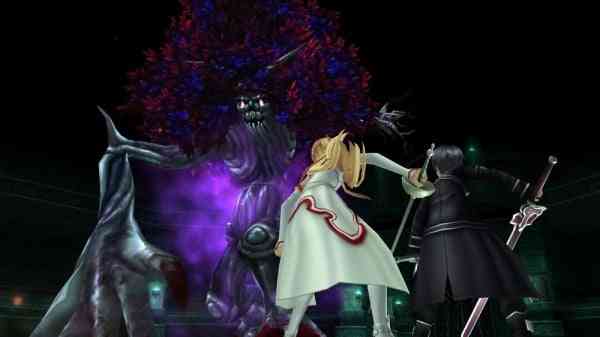 If you’re unfamiliar with the Sword Art Online universe, the story tells a tale in which players are trapped in a virtual reality MMO game world. Hollow Fragment features many of the series popular characters and it’s a somewhat comforting feeling in a way. These familiar faces ultimately can end up filling out your two-person party during your adventures. Before you can hop into exploring though, you must wade through an ocean of dialogue. Some of the dialogue sequences between characters can be enjoyable, especially for returning fans of the series.

I feel it’s important to note that if someone unfamiliar with the series were to enter this game, they would feel bombarded by immense amounts of information that would be very new to them and pretty confusing too. Much of the game assumes the player knows what is going on. It does offer a recap video to get a brief rundown on the universe and its details, but there are many interpersonal connections and character relationships that add a fair bit of depth to the story, and without watching the show or reading the manga prior to playing I can imagine this would be a much less fulfilling experience.

The game kicks off with your lead character, Kirito, as a level 100. In tandem with the story, you sift through approximately 100 dungeons, and the game takes place near dungeon 76 in the timeline of spelunking. In a way, it’s a pretty nice beginning for a game where you have access to a number of skills and feel competent when combatting enemies. Tutorials are present throughout the game, but I often found them to be overwhelming in their presentation. I would find myself shot gunned with tutorial messages one after another, and then suddenly I was in control to play again. This style of training for gameplay is hard to follow, and I think sprinkling these messages around, and not in such an intense frequency, would have been a more effective way of offering insight into how to play this game.

“This game would definitely benefit from some further polish, but I found a fairly addictive adventure/RPG game beneath its imperfections.”

Combat is almost like a dance in that it incorporates rhythm with combos and party commands. Cool down timers and meters that gauge stats and techniques are nothing new to an RPG player, and the battle system is relatively engaging as it keeps you on your toes while forming combos between you and your partner in battle. Given that you begin the game at level 100, you won’t be skyrocketing in additional levels. You will increase in level though, and you will gain additional attributes and abilities as per most RPG games.

You can tinker with several builds as the game does present you with a few skill trees, and experimenting with builds definitely adds to the addictive nature of the game. You can find and equip new gear too, and hunt down extra tough baddies in bonus dungeons called Hollow Areas. These areas are an addition to this version of the game. They are tougher areas that follow a high-risk/high-reward formula. They end up being in exciting locations that test your skills too. Another addictive element in Hollow Fragment is the relationship system and how you can build deeper friendships by spending time questing with characters. These friendships can ultimately develop into some virtual romantic situations with unique dialogue, and as much as I like to say it’s weird, it can be entertaining and exciting in a gaming kind of way. Upon developing these relationships with these characters, you can then build up unique joint attacks that can thrash enemies in combat.

Speaking of relationships, you can hop online instead of trying to romance your animated crush, and fight alongside a friend. Adventuring through Sword Art Online’s world with a friend can be pretty fun, especially if you both enjoy the show or manga; it feels pretty immersive. In terms of the sound in Hollow Fragment, a lot of the cut scenes are voiced in Japanese adding a bit of authenticity. The soundtrack is reminiscent of the show, with electric rock tunes meant to pump you up for combat. The audio quality is good, but nothing in this aspect of the game really stuck with me. 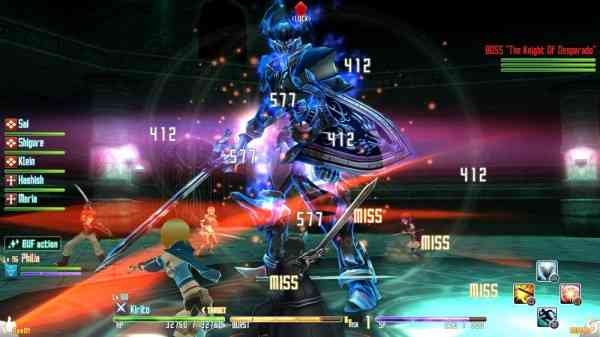 When you first begin the game, you are given the option to create a custom character, male or female. You can tweak their appearance with different hairstyles, colours and other details. When you watch a cut scene however, you are always referred to as the show’s lead, Kirito. Kirito is a guy, and as suhc, if you’ve created a custom female character it can be weird. Other visual disappointments run the gamut from ugly textures and details to totally unnecessary frame rate drops. I get that the game wasn’t made from the ground up for the PS4, but I can’t help but think even some subtle adjustments could’ve gone a long way.

The main storyline truly does take a back seat in this title, in terms of its depth. Aside from pursuing your goal of completing all 100 floors, the story ends up being more of a focus on the interpersonal relationships and dynamics.  Considering that the game puts a focus on the characters though, I didn’t mind the fact that the overarching story was straightforward and less in depth. The characters are fun to learn about, but even in this portion of the game the story telling could use some improvement

All in all Sword Art Online Re: Hollow Fragment definitely could’ve used more polish. If you can look past its flaws though, there is a reasonably addictive RPG here with a fun combat system and entertaining relationship structure. If you are interested in diving into this adventure, I recommend checking out at least the first season of its TV show counterpart Sword Art Online. It can be found on Netflix, and if you enjoy the world and its characters enough, cross your fingers that the next game coming out this fall titled Sword Art Online: Lost Song shapes up to be a more solid title. 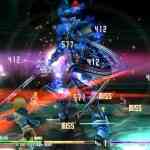 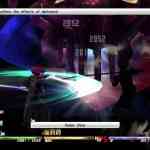 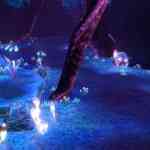 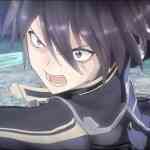 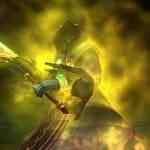 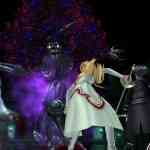 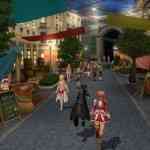 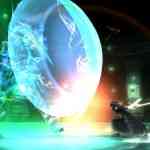 Next The Swindle Review – Thievin’ Ain’t Easy…
Previous MISSING: An Interactive Thriller Ep. 1 Review – FMV Doesn’t Have to be a Four Letter Word