It’s often difficult to really dive into games that are more of a story with some interaction. If the tale doesn’t hook you, there’s nothing to drive you forward; simply clicking on highlighted objects in and of itself isn’t fun. Thankfully the Mind’s Eclipse team has managed to do a pretty solid job creating an intriguing narrative that will hopefully suck you in.

After waking up in an abandoned medical facility, you meet an AI prompting you to move and find somewhere with stable levels of oxygen. You navigate blindly at first, slowly piecing together who you are and what’s been going on the past few years on this futuristic space city. It soon becomes clear that you are Joseph Campbell, and no one is anywhere to be found. Now, I’ll admit, I was skeptical for the first few minutes. The memory loss is kind of cliché despite being explained, and Campbell’s reactions at the start didn’t quite jive with me. However, the deeper you dive, the better things get. I’ll avoid spoilers, but I was impressed by each turn of events and quickly found myself wanting to unravel the mystery.

“It’s like you’re flipping the pages in a black and white graphic novel, and it fits the narrative perfectly.”

Easily my biggest issues with The Mind’s Eclipse are the lack of interactivity and the backtracking. Each environment is interactive, but you’re really just clicking on a few items in each zone. The artwork or lore that comes up is fantastic, don’t get me wrong, but there’s essentially zero animation. The world you’re exploring is like a still shot of something that once was, and while it fits for the story there’s something boring about it. As for the backtracking, well, you have to move through each area as you wander around. This works great at the start, but it gets old fast when you need to move through four screens just to pick up an item from a room you’ve already visited. The map is incredibly linear as well, with a main path and some branching rooms. I understand that it’s not a point-and-click adventure, but sometimes it really pays off to let people wander just a bit more off the beaten path.

The art style is gorgeous. It’s like you’re flipping the pages in a black and white graphic novel, and it fits the narrative perfectly. Wandering through this ghost town feels cold and barren, devoid of life. I did prefer the environment art a lot more than the characters, but that probably comes down to personal preference. If you’re a fan of manga or graphic novels, you’ll probably like what you see in The Mind’s Eclipse. The soundtrack is also decent, with a sort of looming but wistful electronica vibe. My only complaint here is the poorly done looping on some tracks, and the track duration. I like the music, I just want more of it. 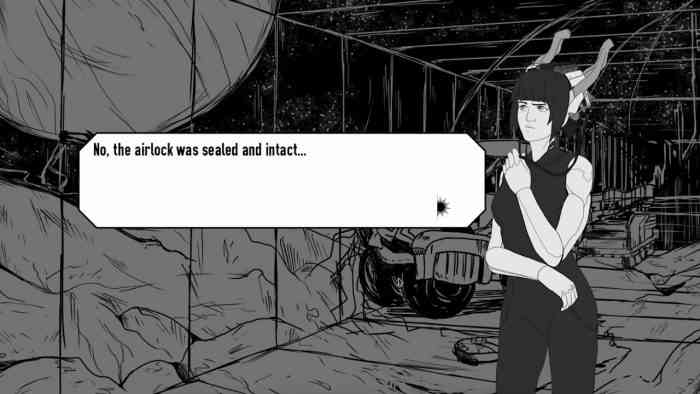 One major plus is the availability of a demo. If The Mind’s Eclipse even remotely interests you, simply check out the demo build and see if you like it. If you’re not hooked into the story by the end of it, don’t bother with the full game. You may waste half an hour, but at least you won’t waste your money. Even then, this is an inexpensive indie title that won’t break the bank.

I’ll be the first person to admit that visual novels or primarily narrative-driven experiences aren’t exactly my thing, despite loving stories in games. However, this is one of those times where clicking highlighted objects could have been exchanged with flipping pages and I’d have hardly noticed the difference. The story sells itself, while the art and music add personality. There are obvious flaws here and there, and I would have loved to see more interactivity or animations, but The Mind’s Eclipse is a compelling tale that’s worth experiencing. Just make sure you stay away from all those pesky nanites. 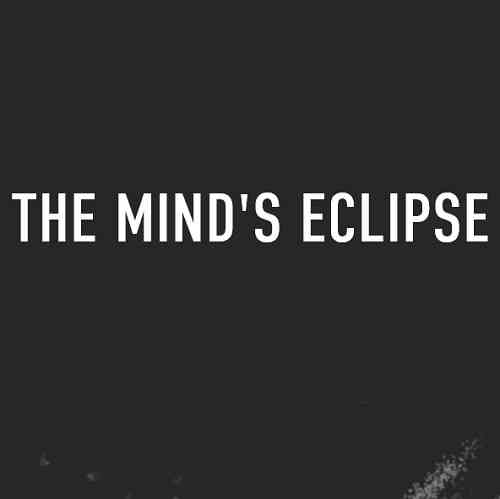