Max: The Curse of Brotherhood Review – A Platformer About Brotherly Love

Max: The Curse of Brotherhood Review

If not from personal experience, we all know someone who has that bratty, annoying, younger sibling who just can’t stop being a pest. As kids with big imaginations, we thought of all manner of cruel and creative ways to be rid of them: devoured by monsters, exploded into the sun, you name it. Now consider if one of these childhood plots came true and was told in a devilishly enjoyable Pixar film and you have the gist of Max: The Curse of Brotherhood. While the game has been out for some time now, it’s finally made its debut on the Nintendo Switch, so how does it hold up after four years?

Developed by Press Play, Max: The Curse of Brotherhood is a sequel to the 2010 Max & the Magic Marker, a similarly played platformer. As Max: The Curse of Brotherhood begins, the titular character comes home to see his brother in his room, playing with his toys, and in general being a brat – brothers, am I right? Max jumps on his trusty laptop and does a Giggle search (you heard that right) for how to get rid of his brother, coming across a spell which Max reads aloud, opening a portal unintentionally, and a giant clawed hand pulls his brother into another realm. Without a second thought, Max jumps through after him and the game begins.

“It feels like a throwback to the advent of 3D gaming on PS1 when games  harbored difficulty based on skill.”

It’s a short and clever opening to a game, matched with an extremely Pixar-esque feel to it that you can’t help but find charming. The controls for the game are simple with Max jumping, walking, crawling, – and eventually – using his trusty magic marker as a weapon. The game reminded me of a similar platformer from 2017 which was a monumental flop, but what makes Max: CoB succeed is the very soul of the game; Curse of Brotherhood is charming, it’s whimsical, it’s funny. The plot is outlandishly Pixar, and Max as a character is someone you can root for. He is a bit of a rascal and an adventurer. While the story is a fantastic tale, it really boils down to brotherly love and I found myself easily able to believe this could be a video game tie-in to a kids movie. 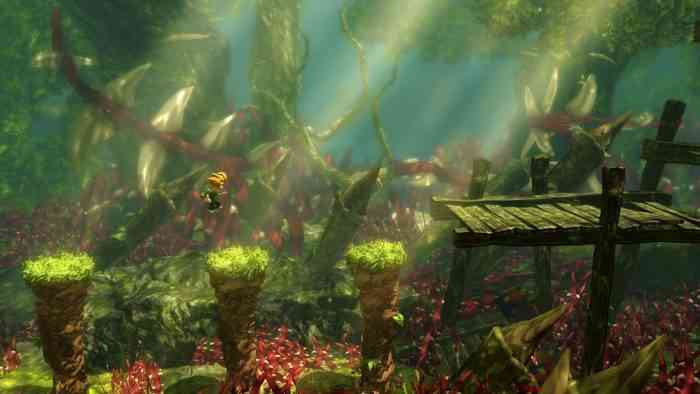 All of that being said, the game is deceptively challenging. Not to the point of frustration, but the presentation will make you think it’s going to be a walk in the park. Timing your jumps and solving puzzles will take a lot of trial and error, and in the later stages of the game, it means a rather gruesome end for Max – particularly in the jungle full of sentient, thorny, angry vines. It feels like a throwback to the advent of 3D gaming on PS1 when games harbored difficulty based on skill and not button mashing or hand-holding to get through a section, which is refreshing. Max is going to meet his end more than a few times on your journey simply from trial and error, but the game is generous and doesn’t make you restart the entire stage for slipping off a cliff. It also keeps the game fresh by changing up the pace, having moments of all-out sprinting and performing tricks much like Prince of Persia, and other points of methodical puzzle solving that – once you solve it – you can’t believe you didn’t solve it sooner.

“a pleasantly challenging platformer with adorable charm and an entertaining story.”

The key mechanic to Max: CoB is his magic marker, an item imbued with the power of a witch who once tried to stop the evil Mustacho, whom now holds Max’s brother Felix in his grasp. The marker is able to interact with the environment in pre-selected ways to solve puzzles including building platforms out of sand and creating vines from plants. The player can control the height of the platforms and the shape of the vines to traverse terrain and solve puzzles, among a few other neat tricks unlocked as the game progresses. While this creative mechanic is enjoyable, it doesn’t quite function so well on console, relying on the joystick to move the marker around the screen as opposed to a mouse. It isn’t terrible, but it isn’t exactly smooth gameplay all the same. 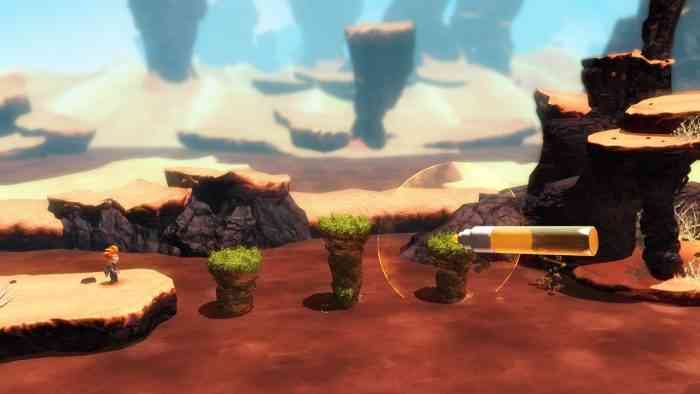 Max: The Curse of Brotherhood is a pleasantly challenging platformer with adorable charm and an entertaining story. It’s a good step for younger gamers to take who might start to feel a bit old for Mario and want a challenge. With great presentation and entertaining voice acting, the only real downside to the game comes in its wonky application of controlling the magic marker itself, which feels sluggish and doesn’t keep the general quick pace of the rest of the game. The puzzles are fun to solve and the added portability of having the title on Switch – along with short stages – make this a great distraction from everyday life when you have a little extra time on the go. 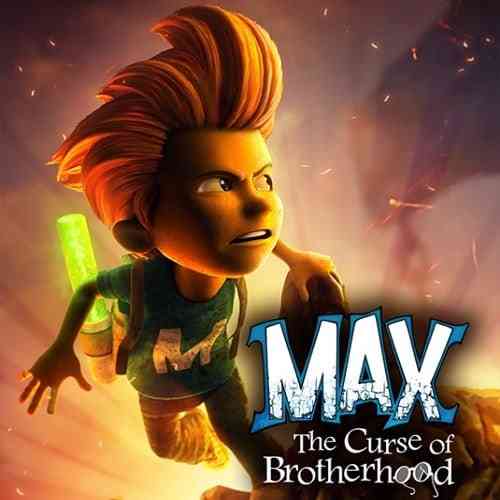